Split personalities. Strike that.  Actually, strike that too.

Want to see something brilliant and bonkers? Italian High-End show virgins GPinto, so named after chief designer Giuseppe Pinto, popped their Munich cherry with the ‘ON’ turntable which offers so much more than just the spinning of big black discs.

ON. O is for old school, N is new school. A belt-drive turntable set in a DuPont CORIAN plinth, its top skinned with a (dark or light wood) multi-layer veneer and its belly housing phono-pre stage, separately juiced 12AX7 tubed pre-amplifier and Class D output stage for loudspeakers. On the digital input side, the internal 24bit/192kHz-capable DAC can be fed via coaxial, 2 x Toslink, USB and aptX Bluetooth. Two sets of RCA analogue inputs round out the connectivity feature set.

The most obvious doff of the cap to audiophile sensitivities is the carbon fibre tonearm from Pro-Ject but the circular white on/off switch, speed selector and input selector has the ON leaning into Fisher Price territory. Talk about mixed messages.

And therein lies the consumer conundrum: at €3000 for the 100wpc version, €4000 for the 250wpc version or €5000 for the 500wpc version, one might reasonably ask if the benefits of the ON’s presumably shorter internal signal paths might be bested by separating turntable and DAC/amplifier e.g. a Pro-Ject proper paired with a tubed-up Peachtree Nova? That’s a hit to box minimisation, sure, but not to overall style.

By GPinto’s own admission, the ON is both a lifestyle product and an accessible entry point to high-end audio. However, spending €3000 on an audio system is a big hit for the lifestyle set so this unit is probably best suited to someone whose purchase position is non-negotiable: no more than one device which must be plug and play. 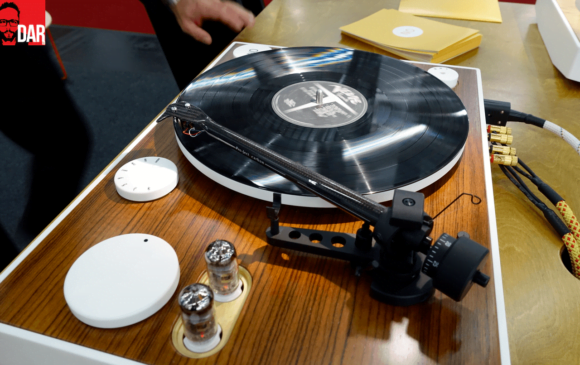 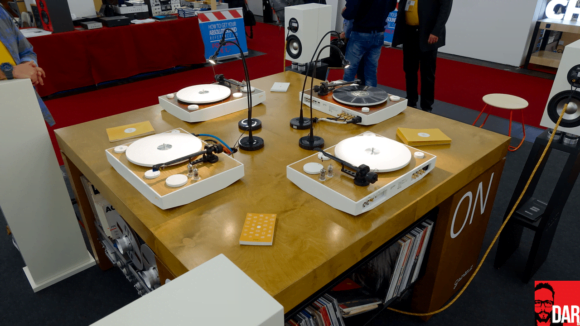 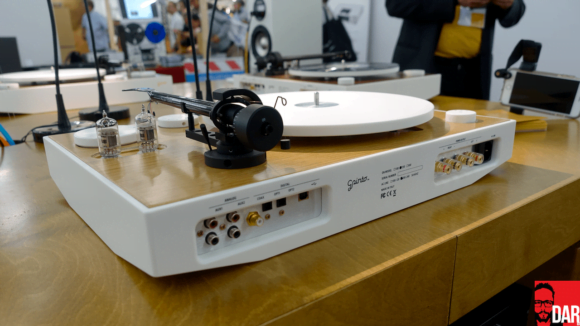 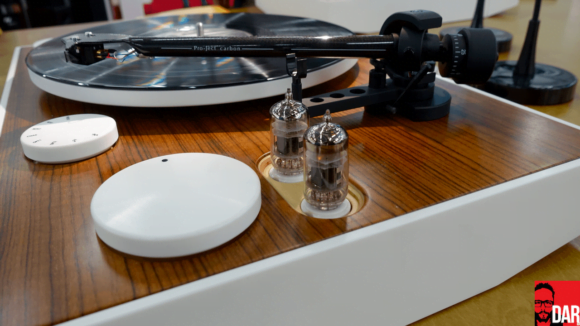