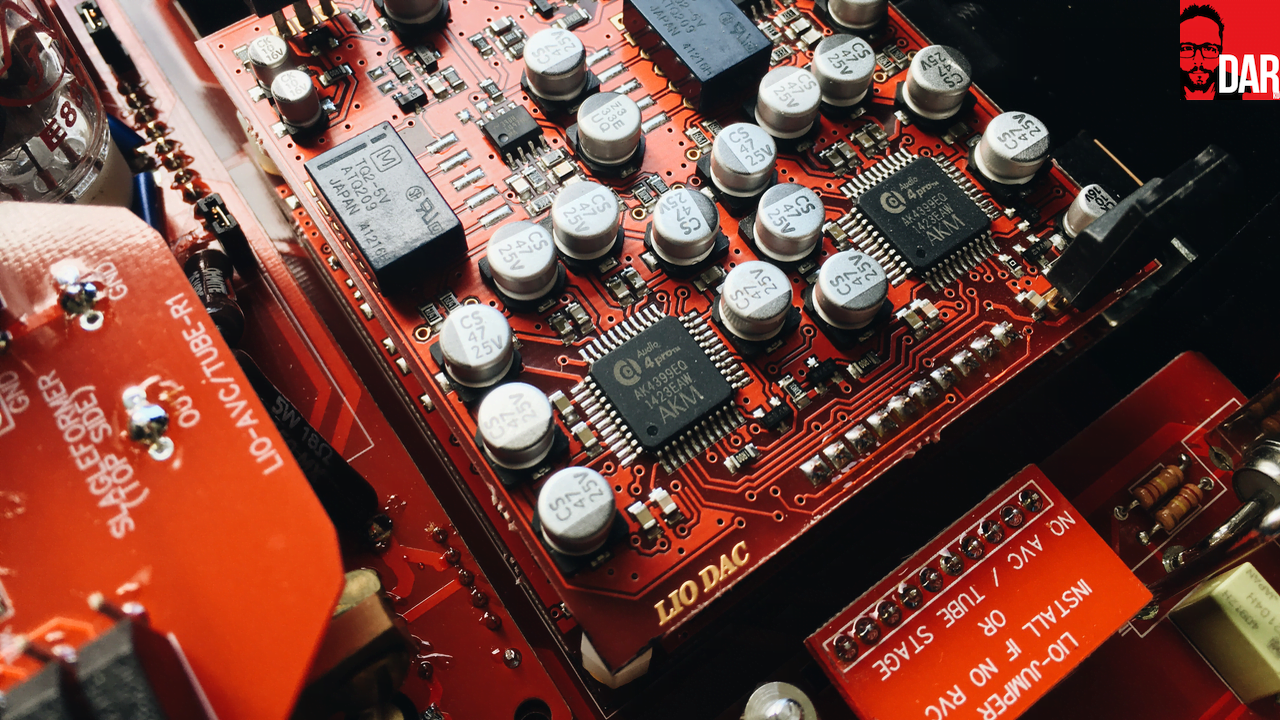 What’s best: Smarties or Skittles? The sugar-coated chocolate of the Rowntree (Nestle) bean or the sugar-shelled, fruit-flavoured corn syrup ball from Mars? Do Smarties have the answer or do you prefer to taste the rainbow?

Perhaps you can already taste the ridiculousness: with each sugar ball satisfying one’s desire for a little sweetness, the notion of best is sideswiped by a matter of taste. In this tight subset of the confectionary market, there is no best, only personal preference.

In audio land, narrowing product categories and price ranges can also see final arbitration fall to one’s preferred flavour. That’s especially true for music servers, streamers and, to a lesser extent, D/A converters. Differences can be subtle at best. For example, on the spectrum of transient delivery we might place Skittles’ citrus zing at one end and the mellower slow burn of Smarties’ cocoa solids at the other. 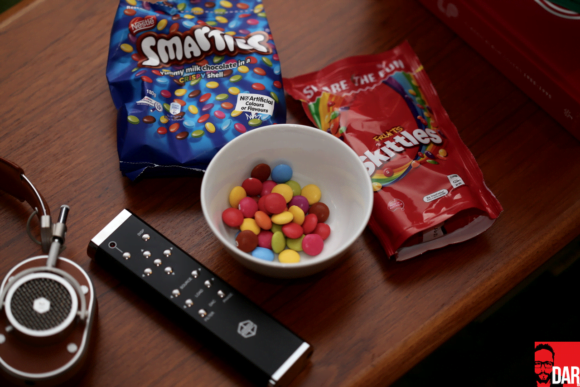 Except this isn’t just an amplifier. LIO doesn’t even have to drive loudspeakers. Into its ultracapacitor-powered motherboard board go plugin modules (covered here) such that it can run as phono stage, DAC, pre-amplifier, loudspeaker amplifier, headphone amplifier or any combination thereof.

Unifying separate boxes into one is nothing new but modular construction is. Within the LIO, each internalised component can be swapped out for a updated version as it becomes available from Rossi’s Massachusetts HQ. He recently added a balanced socket option to the input board. If a new amplifier module presents we need not throw out the baby with the bathwater. 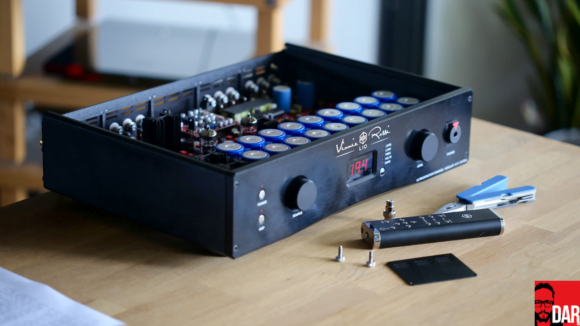 As we’ve seen previously, both the headphone and phono modules are over-achievers in their specific fields. Moreover, the ultra-low output impedance / high current supply of the twin ultracap banks means the LIO refuses to choke on Magnepan MMG (see here) or, this commentator’s other entry-level fav, the KEF LS50.

In emulating long-term LIO ownership, the DAC module and Dave Slagle’s Autoformer-infused volume control (AVC) would arrive down the line.

That future has now arrived.

As might already be obvious, updates to the LIO system don’t land via (free) internet download a la Devialet but as (optional, $) hardware modules for which you pop the lid and plug them into the motherboard. If you can change a graphics card in a PC, you’re good to go with LIO swapperoos.

The DAC module (US$895) is a two-tier construction with asynchronous USB, optical and BNC inputs handled by its lower deck and a pair of AKM4399 – one per channel – handling decoding and output staging upstairs. The two tiers separate for increased modularity and, as it would transpire, easier installation.

I documented the process with moving pictures:

Of interest to those who like to dabble on the margins of music supply USB file format, the DAC’s format support takes in PCM up to 32bit/384kHz and DSD128. My own audio diet centres on Redbook meals with the occasional hi-res snack.

As alternative to the externalised Schiit Bifrost multibit, the LIO module brings forth greater presence region pep and cleaner separation. Genetically closer to Chord Electronic’s Mojo, the LIO DAC trades in some of the Brit’s X-ray detail analysis in favour of its own tonal colour and midrange liquidity.

In other words, draw a direct line between the Schiit’s euphony and the Chord’s keen-but-lean resolve and the LIO decoder places itself two thirds of the way towards the battery-powered brick.

The Rossi DAC module tips its sweetness scales towards Skittles’ fructose zing – but only just. On micro-dynamic flicker and jump factor, it steps ahead of both the Schiit and, to a lesser extent, the Chord. Details dart to the surface faster than either rival which in turns wakes the KEF LS50 standmounts from their low SPL slumber a little earlier.

The reward for keeping things in house is snappier microscopic detail delivery at lower volumes. And with the LIO and its modules completely immune to mains supply perturbations, which disturb some more than others, we get that 3am power supply feeling all day and all night. Struck dumb too are conversations regarding power cords and interconnects.

But I felt the tubes – and to a lesser extent the RVC – were standing in the way of yet more avidity. 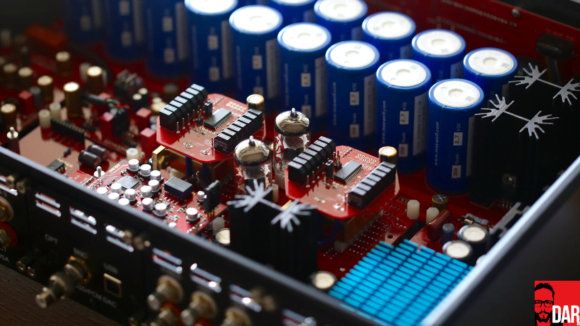 In came the new(er) AVC/tube combo module – Dave Slagle’s autoformer volume control coupled to Rossi’s tube stage but rolled into one board – US$2195. Moveable jumpers, like those that turn a hard drive from master to slave and back again, allow this two-fer to be run in passive or tube mode. (Tweezers are recommended).

From the VinnieRossi.com: “[The AVC] is 100% passive and sonically transparent with the entire signal path consisting of only pure magnet wire and high quality switching elements made by Pickering in England.”

What is an autoformer? For an explanation we look to Slagle’s own Intact Audio FAQ:

“An autoformer (short for autotransformer) is a special type of transformer with an especially simple winding arrangement…an ordinary transformer has separate primary (input) and secondary (output) windings, while an autoformer shares some part of the winding between the two.”

Another module install means another video:

For anyone undecided on the AVC vs RVC, know that the former convingly aces the latter on transparency and caffeination, both of which (unexpectedly) proved to be more crucial to the Spatial M4 open-baffle floorstanders need for wide-eyed acuity in peeling back musical layers than the aforementioned KEFs. That was vinyl playback – a Rega RP6 w/ Exact cartridge.

Doubling down on Rossi DAC and AVC (run passive i.e. without tubes) we get twice the tonal impregnation. That’s a win-win for the percussive tick-tocks that underpin Underworld’s Oblivion With Bells and System 7’s Point 3: Fire – tech-ish flavours like these put cleanliness next to Godliness. But is it a shade too hygienic for those seeking back-of-the-hand tenderness from Neil Young’s “Old Man” from Live at The Cellar Door? Re-engaging the tubes rounds the corners of Young’s piano but also obfuscates front to back soundstage delineation and applies a hair drier- albeit at a distance – to guitar string pluck.

Smarties-styled softness doesn’t come without a slight hit to the Slagleformer’s hyperreality. When run without bottles we get a heightened sense of in-the-moment presence. Passive all the way is this reviewer’s overall preference for late night, low SPL listening that won’t disturb the neighbours. But it might not be yours. The point is that you (and I) have the option to switch things up without too much hassle.

Customisation not only applies to the LIO’s functional role/s but to the seasoning of its sonic flavour. RVC or AVC. Tubes in or tubes out. Move beyond the stock JJs and into NOS bottle territory for even finer gradations. Nailing the LIO’s audible personality is an almost impossible task. It’s beyond bipolar. Don’t need tubes? The original AVC-only module remains available and sells for US$1495.

Differences brought by volume control module change up proved to be far more pronounced than those afforded by Devialet’s own software updates to its Expert series. 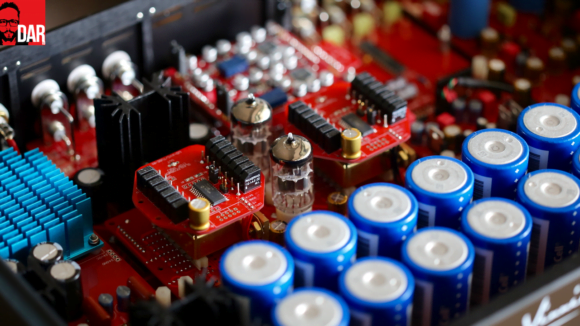 LIO or Expert 200 (reviewed by yours truly for 6moons here)?

On sound, we return to where we came in – matters of taste. Both super integrateds were run with their respective D/A converters handling a USB feed from an AURALiC Aries, nursed by the Wyred4Sound Recovery (covered here).

When paired with the KEF LS50, Rossi’s 25wpc MOSFET loudspeaker drive is by no means dwarfed by the Expert’s 170wpc (into 8 Ohms) on raw SPLs. The Expert only pulls ahead with marginally tighter control of low end wallop, such that it presents via these standmounts.

With resistor volume control and tube stage in tow, the LIO is resolutely more Smarties than Skittles. Those who find the KEF’s metal dome tweeter a little too lively might find their preference lands right here. At the Skittles end of the spectrum, the Expert 200’s sharper eye for textural minutiae lifts the listener’s head – a little too fruity up top for those who prefer tonal balance with a lower centre of gravity?

Eyeing wallet damage gives us the clearest view of the LIO’s sonic prowess. Apples and apples demands we drop the headphone amplifier from the LIO config and downgrade the AVC/Tube module to AVC only. The DAC and phono stage remain on board – just like the US$9650 Devialet. Our similarly configured LIO says hello for considerably fewer dollars: US$6970. Now LIO spells Less Incidental Opulence. In other words, razor sharp value. Looking at it from the top down: returning headphone stage and tubes to the AVC board still keeps us south of the French border at US$8365. 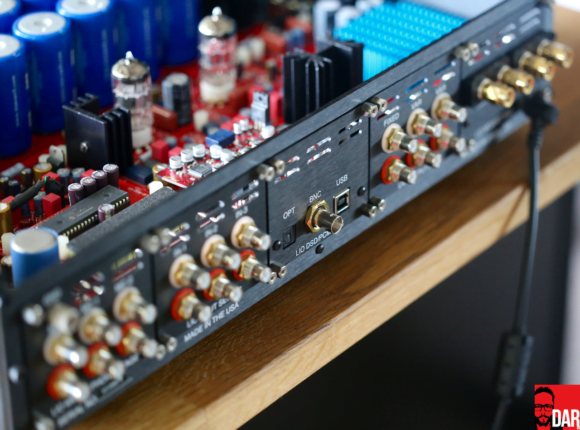 Devialet’s loudspeaker correction might be the better choice for those already in possession of SAM-d speakers but forum feedback points to mixed results depending on make/model. For headphonistas, the LIO is the only way to go.

For digitising LPs or having on demand USB-/SPDIF conversion, you’d ask the Expert. Allergic to software config and updates and prefer to get hands-on with upgrades? LIO. Want to leave the door open to alternative hardware connectivity? LIO again. Don’t assume that the Expert is the obvious choice for network audio – Rossi has a Roon Ready streamer in the oven and will likely be the focus of Part 4 in this ongoing series of LIO-related posts.

Like the Devialet, the Vinnie Rossi LIO is jack of all trades, master of all trades. What separates it from its more handsome rival is its guts’ upgradeability. Next to the locked down and heavily styled hardware of Devialet’s low-risers, the LIO looks positively old school. Appearances can be – and are – deceptive. Vinnie Rossi’s hardware grows (and contracts) with you; future obsolescence just can’t get a foothold. That this future-proofing can be housed in a single chassis and enjoy high current power from an off-grid DC supply makes the LIO system one of the most revolutionary audio products on the market today. 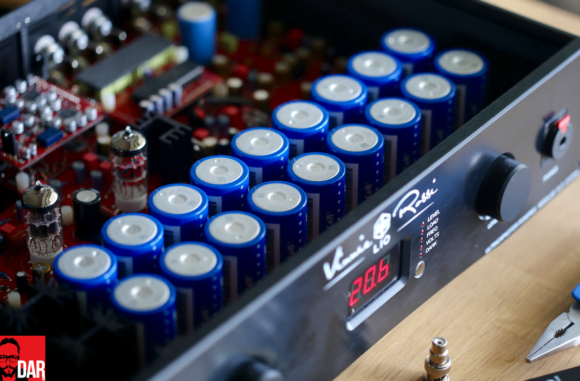 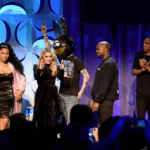 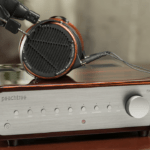