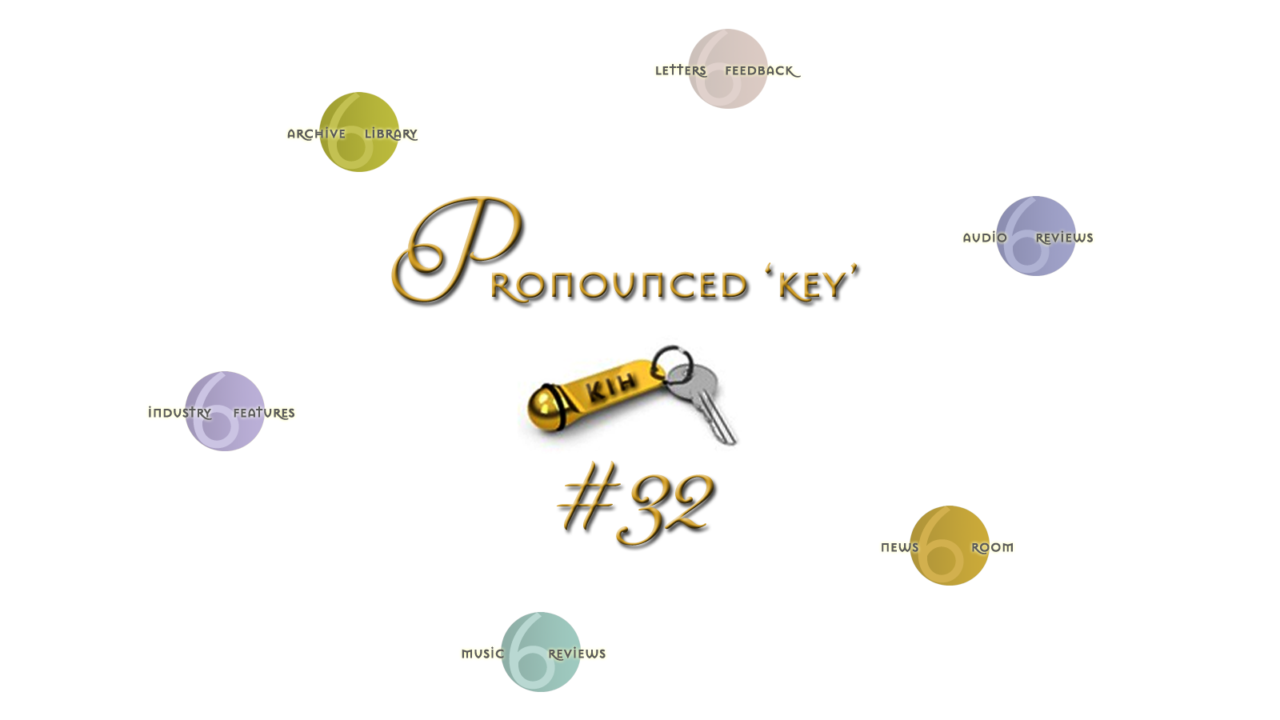 In-laws, outlaws and other deviants. On absolutes vs. relatives (where relatives aren’t your in-laws). The notion of the absolute sound is abstract, elitist, erroneous and misleading. If the ideal were the sound of unamplified instruments in a concert setting as Harry Pearson of The Abso!ute Sound proposed at the time, the vast majority of modern music with its reliance on at least amplified bass would automatically disqualify. Talk about obnoxious snobbism. If acoustic concerts additionally meant classical, not folk or any other type of unplugged music, it’d be exclusionary snot all over again. What about choice of venue and your seat and row within it? Any changes in those very variable parameters hugely impact sonics.

Still, none of it begins to consider the recording, the number, type and setup of microphones used, the amount of post processing applied, the splicing of passages to cut out flaws.  All of it impacts the sound and alters the feel and flow of an uncut live event. It forever overwrites what two ears would have heard during the original performance. What’s even remotely absolute about any of it? The misleading bit becomes an underlying assumption – that there exists just one right way to set up the absolute sound. The plain truth is, there are any number of sound flavours which correlate with different types of venues, sitting distances, music styles and recording techniques. The ideal of an absolute sound is a useless abstraction whilst also being pure, uncompromising and unambiguous as most ideals tend to be. Reality of course bites back. That is far more ambiguous and messy. 50 shades of grey. Enter pragmatism which is far less sexy. 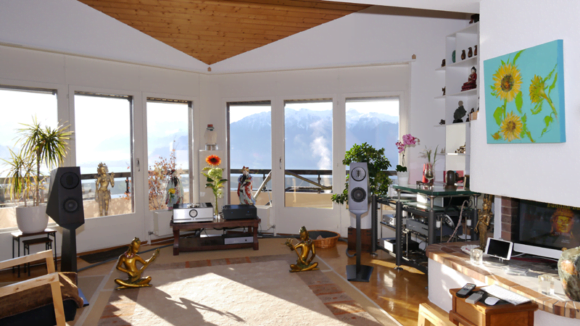 Settling down with one system obviously locks us down into one fixed flavour. The broader our musical tastes, the more varied the demands become which different music places on our playback gear. Now a setup which was carefully groomed and tuned to excel at large-scale classical for example (substitute that with anything, say intimate Jazz, electronica, grunge, Country Western, Pop, Rock and the lot) must by its very design be less than perfect and custom-tailored to other music types. That’s always the curse of specialization. You wouldn’t see an ear, nose and throat doctor for knee surgery or a tooth ache.

From this very basic survey follows the obvious: our musical diet must dictate our hardware choices. That’s what sits in the driver’s seat. Do we want a hyper-critical system that extols one particular genre to be more compromised on others? Do we want a Jack o’ all trades who’ll be fine with anything but perhaps brilliant on nothing? To sort out a few key options, consider amplified versus acoustic music. Music in a club or arena setting uses microphones in front of its performers. Those are key to achieve the desired SPL for its larger audiences. The microphones feed sound reinforcement rigs (amplifiers + speakers). What’s more, certain instruments on stage like synth keyboards, bass and electric guitars already funnel through gain kit of their own. That could be a Mesa Boogie, Peavey, Marshall or Fender stack using a variety of tubes routinely pushed into deep distortion. 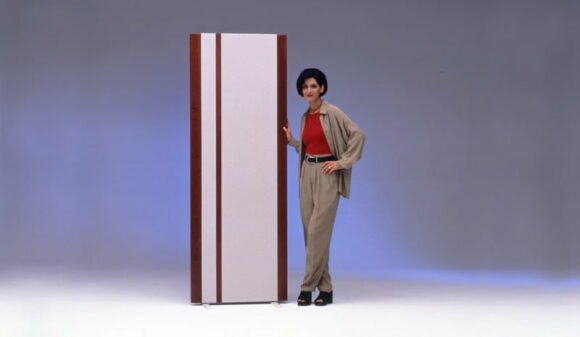 A typical upshot of sound reinforcement are images significantly larger than the actual vocalists or players who create them; a bassier tonal balance; high SPL mixed into which is plenty of audience din to cause low dynamic range (everything is loud most of the time); and a dense fat dark sound. Acoustic performers lack SPL assist. They are quieter. This means either smaller venues or large ensembles. To hear everything, it also forces their audiences to be quieter. Hence the typical grave-like atmosphere of symphonic or chamber-music events. As a direct consequence, their effective dynamic range is higher (the difference between quietest and loudest passages) even if peak SPL are thankfully lower than with Rock or Heavy Metal concerts. Pure acoustic images are smaller, their tonal balance is less bassy and upper harmonics exhibit more energy. The closer to stage one sits, the more separation, transient sharpness and treble brilliance survive. As one moves deeper into the farfield, the venue’s reflective sound field begins to dominate over direct sound. This mixes in more blended, soft, reverberant and diffuse elements.

This brief lay of the land already gave us four basic flavours: club and acoustic sound, each in its own nearfield and farfield perspective. To do club sound justice wants a large dense wall of sound with powerful bass and high SPL. To do acoustic sound justice wants more finesse, articulation and focus. It also needs higher dynamic range, lower SPL and more treble energy. For either, a nearfield perspective increases volume, impact, sharpness, speed and precision. For both, a farfield perspective reduces volume, softens transitions, damps down speed and enriches tone with acoustic reverb. Once we introduce electronic music with its inclusion of unnaturally low synth bass, we add the demand for more LF bandwidth and power. The same goes for aficionados of large church organs. This means bigger speakers and/or subwoofers. 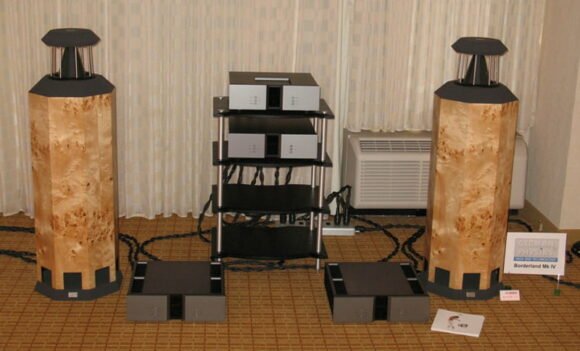 But there’s still more bandwidth to sonic flavours. 2-channel playback is based on the stereophonic triangle illusion. That’s an artifice or mind fuck synthesized by our brain. Naturally its owner the brain surgeon is at full liberty to style, tweak and personalize said artifice. Are we soundstage freaks, tone fetishists, dynamic junkies, transparency trippers? Are we party animals or daydreamers, airy fairies or density dungeon dwellers? Verbal fencing aside, any aural aspect or attribute which review lingo covers may be prioritized to meet a listener’s personal brain tease programme. Because there are so many options; and because humans have a low tolerance for boredom triggered by sameness; we fête the cyclical buy’n’sell habit of AudiogoN. It indulges our curiosity about other sound flavours in serial monogamy fashion.

Let’s talk tools of the trade. If we prioritize transparency, panel speakers (electrostatics, planarmagnetics, ribbons or open baffles) are good choices. By eliminating the box, they eliminate the boxy sound. But by eliminating the rear-wave loading of a box, they also pressurize a room differently. That’s particularly relevant in the bass. Their ‘depressurized’ behaviour often becomes less suitable for amplified music and electronica which rely on goosed LF with potent kick and shove. If you prioritize the higher charge of the nearfield perspective’s direct sound, you may prefer listening in the nearfield. You could prefer steep toe-in to maximize direct sound and attenuate reflected sound. You could enjoy horns whose geometry bundles sound for more directivity whilst their efficiency advantages increase dynamic reflexes. 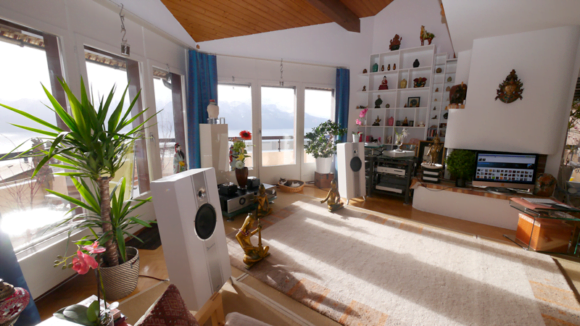 With a predominant diet of amplified music styles, you’ll likely prefer regular dynamic box speakers. That’s the speaker type of bass/e-guitar amps and sound reinforcement artillery. And box bass rather than panel/OB bass is what you’re already used to and imprinted by. This also calls for bigger woofers that move real air. If you want to maximize impact, speed and lucidity, you could favour direct-coupled wide-bandwidth transistor amps without signal-path capacitors; and smaller drivers. If you always gravitate to the farther rows away from stage, you could fancy the effects of higher THD in certain valve amps. That plays to similar qualities. Hard well-damped drivers with metallic or ceramic diaphragms and their break-up modes often capture the nearfield’s sharper more pungent qualities better. Softer cellulose/textile drivers tone it down some to more play to the farfield aroma.

If your tastes or living conditions as a conscientious neighbour object to high SPL, you should consider high-sensitivity speakers. They are more effective at translating small voltage flickers; and they come on song sooner. If live amplified music or the general farfield are your ideal, true omnipolar speakers from the likes of mbl, German Physiks and Duevel are arguably closest to how live sound propagates and activates its surrounding space (in all directions, not like a beamy flash light). On the endless debate of tubes vs. transistors, here’s a brief quote from a man who works in both fields (Dan Wright of ModWright): “I love the sound we achieved with our all-tube designs. With them, soundstage depth, presence and musicality are astounding. And, pure solid-state designs still have greater speed, dynamics and detail. There is a trade-off. Both do specific things very well. I am hoping to achieve the ultimate amp by combining our best tube gain stages with our best transistor current amplifier.” If you focus on Dan’s strengths for either, you have a good seasoning strategy.

Of course playback really isn’t about live sound at all. It’s all about recorded sound and naught else. Here artifice and trickery of the recording studio are endless. Musicians may play in isolated sound booths communicating only via headphones and windows. Some of them may even pipe in as pre-recorded tracks from elsewhere. Microphones are placed were no human ears would ever go. The recording engineer may apply electronic reverb, dynamic compression, frequency response adjustments, SPL trim, pitch correction and timing tweaks whilst the mastering engineer can and will apply further post processing (that’s what he gets paid for). The notion of recorded purity is often dirtier than 5-day old freeway snow. In the majority of cases, any ‘pure window on the performance’ claim is a hoax when the recording itself is a massively manipulated affair cobbled together of bits and pieces. 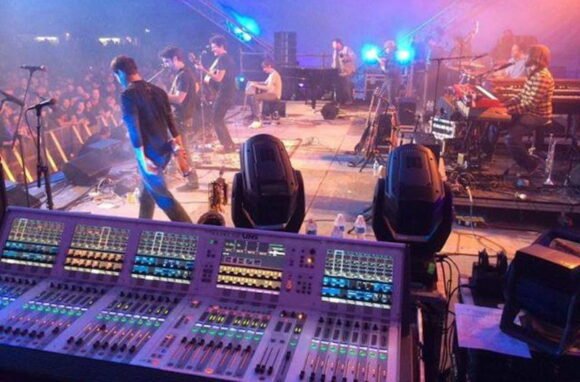 But that’s the reality of playback. We must work with what we’re given. If all we listen to is audiophile-approved geek crap, we can tweak our systems to maximize their high production values. If instead we’re musical omnivores who listen to a lot of poorer productions, our systems must make them enjoyable. Otherwise our hardware dictates to us what we end up listening to. Whenever the tail wags the dog, someone’s gotta scream “sit, baaad dog!” Never mind how the entire notion of owning a hifi is pure luxury. For centuries, mankind has done without it. What would be idiocy is an unenjoyable luxury like a sucky vacation or downer party which one must recover from afterwards. Our hifis ought to be like any other home appliance that gets used regularly, be it a washing machine, toaster or coffee maker. If we pick the right appliances for the job, we stop fretting and obsessing over them. Instead we get on with enjoying the fruits of their labour: hot coffee, crisp toast, clean clothes and an hour of whatever music serves our fancy that day. The best hifi systems aren’t those which the glossies or various show reports write up. The best ones are those whose owners use and enjoy them the most. That means a hifi which pleases you. Family you don’t get to pick. You’re born into it.  Later, in-laws just come with the wedding package. They could be far from your personal choice. Not so the average hifi. You only pick what suits you, anyone else’s opinion be damned. Perhaps today’s brief overview over some basic options can help you verbalize your own needs which then lead to identifying what best matches them. Good dog. Woof! 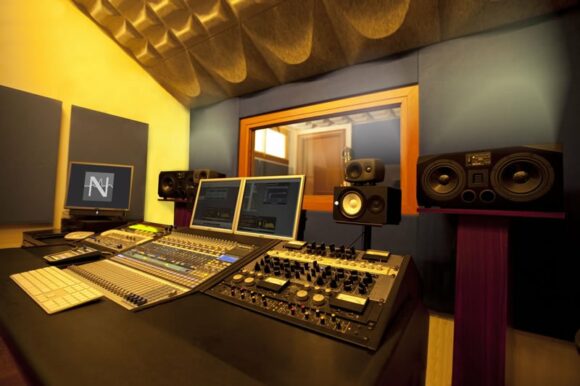 More of Srajan’s audio world commentary can be found at his own 6moons. 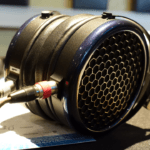 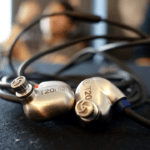