3.03. A reminder of the Roland Corporation’s TB-303. Released in 1982, the ‘303’ was a hardback-book-sized box aimed at musicians unable to afford or find a bass player; neither session player nor band member. Roland’s invitation was for musicians to play along to transistorised bass (TB) instead.

Orange Juice’s UK hit “Rip It Up” is possibly the most well-known example of the TB-303 sounding as intended by the Japanese manufacturer but for many others it was notoriously difficult to use and rarely sounded like a real bass. That the instruction manual wasn’t translated to English only made things worse for those curious enough to drop the RRP’s US$395 onto the pro-audio shop counter.

No surprise then that sales figures proved ultimately disappointing for Roland and production of the TB-303 ceased after only 18 months. Somewhere between 10,000 and 20,000 were sold. That was 1983.

For the remainder of the decade, many a TB-303 languished un-loved in second hand stores and junk shop counter displays.

Newfound affordability from buying on the used market is no doubt what caused Chicago and Detroit house DJs to begin experimenting with the TB-303. It would prove to be the perfect fit for dancefloor-focussed machine music.

With unconventional settings applied and/or when overdriven, the TB-303 produces a wet, squelchy sound. A sound that would eventually become synonymous with acid house pioneers like Plastikman and define the career path of Cologne’s Hardfloor whose ongoing series of 303-heavy albums still command a cult following twenty years on from their genre-defining “Acperience 1”.

However, it is DJ Pierre and his pals who are attributed as being first out of the gate with the 303 sound. Released under the artist alias Phuture and with a runtime of ten minutes, “Acid Trax” set the template for the thousands of acid house tracks that would follow.

The 303 therefore also sets the tone for this year’s “Electronica For Audiophiles” playlist: twelve acid-drenched cuts, old and new.

The Black Dog weren’t (and still aren’t) well known for the 303-heavy material but their Peel Session take on a Spanners album cut is a sublime contribution to the genre.

Richie Hawtin’s Plastikman alias is represented twice: “EXhale” is the closer from 2013’s deeply melodic EX (known to be occasionally spun by KEF’s Johan Coorg at audio shows) and the 20-minute epic teardown and rebuild of System 7’s “Alpha Wave”, which leans hard into the faster BPMs of the nineties techno scene and is a total barnstormer. Ditto “Humanoid” by Stakker – an early nineties alias for (one half of?) the duo who would go on to enjoy greater success as The Future Sound of London.

A word to the uninitiated: steer clear of the many questionable acid house remixes that tumbled out of the UK in the late eighties. They were by and large released as cynical cash-ins on the country’s ‘Second Summer of Love’ (that would cause considerable tabloid angst).

The majority of this playlist’s selections are aimed more at the head than the feet. The Hardfloor track here is pulled from their downbeat, breakbeat driven DaDamnPhreakNoizphunk side project and Luke Vibert’s “Lover’s Acid” flirts with funkier breakbeat territory.

Nowadays, getting one’s hands on an original TB-303 commands serious dollars. Fully working units rarely come up on the used market. Hardware clones come and go whilst software emulators have done the majority of the heavy lifting since the late nineties (see Propellerhead’s ReBirth).

Next-generation producers like Tin Man, Recondite and even the Red Hot Chilli Pepper’s on-again-off-again guitarist, who released his first album of skitty, TB-303 infused electronica under the Trickfinger moniker, are bringing the 303/acid sound back into vogue. They each find place in the playlist.

Frusciante on his own 303 reinvention: “I started being serious about following my dream to make electronic music, and to be my own engineer, five years ago. For the 10 years prior to that, I had been playing guitar along with a wide range of different types of programmed synthesizer and sample-based music, emulating what I heard as best as I could. I found that the languages machines forced programmers to think in had caused them to discover a new musical vocabulary…”

“In 2007, I started to learn how to program all the instruments we associate with acid house music and some other hardware. For about seven months I didn’t record anything. Then I started recording, playing 10 or so synced machines through a small mixer into a CD burner. This was all experimental acid house, my skills at making rock music playing no part in it whatsoever. I had lost interest in traditional songwriting and I was excited about finding new methods for creating music. I’d surround myself with machines, program one and then another and enjoy what was a fascinating process from beginning to end…”

The sound of machines isn’t every man’s cup of tea. Not everybody needs a 303 (no matter what the Fatboy Slim track tells us). Those who mentally categorise electronic music as “doof doof” should probably stay away.

Neither is this the usual audiophile fodder. This is for readers who also spend time with their nose in Resident Advisor and FactMag. Acid house might not tell us much about a piece of hifi gear’s way with tone or timbre but it’s good for unpicking dynamics, punch, micro detail, image specificity, bass reach as well as more abstract qualities like wetness and fluidity. The wetter, more liquid the TB-303 sound the better.

…and a Tidal playlist is here for those who prefer their sounds wrapped in lossless FLAC. Shuffled playback is recommended.

This is the fifth in a series of playlists entitled “Electronica For Audiophiles” . Re/discover Part 1 here, Part 2 here, Part 3 here and Part 4 here. 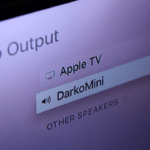 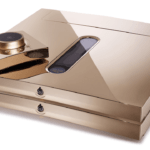