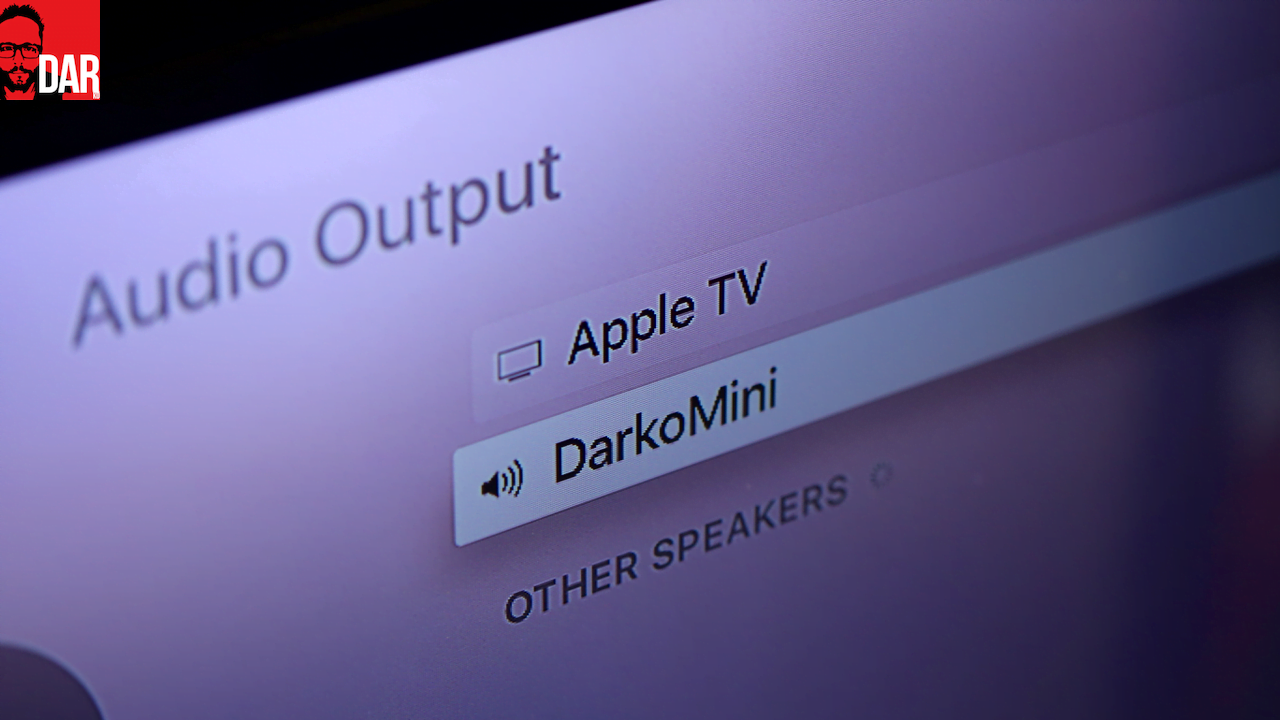 A new diet. Pandora for breakfast. Apple Music for lunch. Netflix for dinner. That’s one possible meal plan set out by the 4th generation Apple TV.

Introduced in late 2015, Apple’s tvOS allows for user-installable apps via the corresponding app store – something that previous generations of the Apple TV pebble didn’t offer. The upshot is the new Apple TV’s compatibility with a far broader range of streaming services.

A source of indigestion on the new, taller unit is its absence of a Toslink (optical) output. 4th Gen Apple TV seems to say, “It’s HDMI-way or the highway!”. If the downstream DAC doesn’t sport an HDMI input, we’re forced to either run an optical cable from TV to DAC or drop upwards of $20 on palm-sized device that extracts the digital audio feed from the HDMI signal and outputs via coaxial or TOSLINK S/PDIF. Hit up Amazon.com for those.

Rather than hardware changes, there is another, possibly more elegant solution to be had from the software domain. That is, the 4th Generation Apple TV’s audio output decoded by any DAC with an optical input – cake plus om nom nom.

At the OS level, the Apple TV (3rd generation included) allows us to divert its digital audio output to another device on the network via Apple’s Airplay protocol whilst the video signal stays the course to the TV over HDMI.

Here’s how: with any slimline Apple remote, click to Settings → Audio and Video → Audio Output and select the remote Airplay-compatible device from the drop-down. Note: it may take up to 30 seconds or so to show; if it doesn’t, ensure Airplay has been enabled in the remote host.

Digital domain volume attenuation can be applied via the adjacent button. 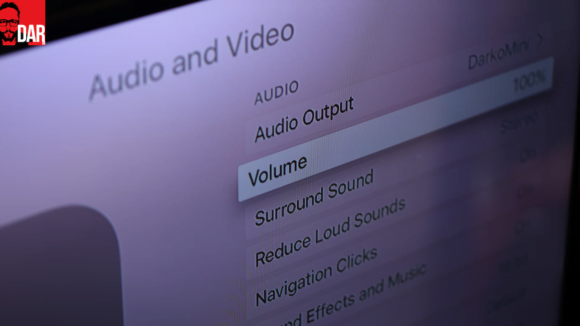 Or at least, that’s how it started.

The downfield 3rd Gen Apple TV needs to be reselected as the audio output device in the 4th Gen’s options screen brought each time it is brought out of sleep mode. This minor inconvenience saw the 3rd Gen receiver swapped out for the AURALiC Aries Mini, itself fully Airplay compatible and requiring no rude awakening from slumber.

Not only does the Aries Mini sound slightly better than the Apple TV but its range of digital outputs are broader: TOSLINK, coaxial and USB. Piling on the convenience points, Lightning DS activated music selections override* those supplied over the air by the Apple TV. No need to flip amplifier inputs. Neat, huh?

Other possible catchers of the network-transmitted audio signal are Apple’s own Airport Express, AURALiC’s bigger Aries/LE, Arcam’s AirDAC or Airplay-equipped loudspeakers like Bang & Olufsen’s Beo Play A9. Whatever your choice, remember to activate Airplay in its settings panel or it won’t show up as a drop down option in the transmitting Apple TV.

The end result is big screen control of Apple Music, Pandora** and Mixcloud without having to compromise on DAC choice. Let’s hope Tidal, Qobuz and Deezerand their attendant lossless audio supply aren’t far away.

Worth noting too is this split signal setup’s handling of audio/video sync whilst watching Netflix or TV shows purchased directly on the device: it’s flawless!

Audiophile-centric solutions aren’t only about sound quality. There is no badge of honour for doing it tough with functional constraints. Flexibility matters too. 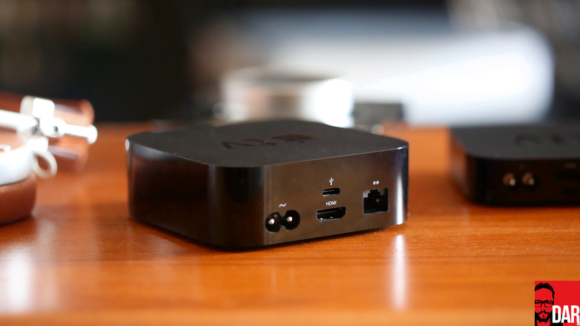 * When returning to Apple TV-sourced audio from LDS, the former device delivers an on-screen complaint that the Aries Mini’s Airplay input is occupied. Turning Airplay on and off again on the Aries fixes it.

**Pandora demands that ‘Reduce Loud Sounds’ be turned OFF in the Apple TV’s settings for it to function. 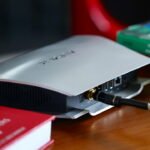 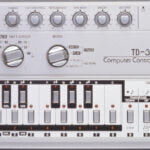