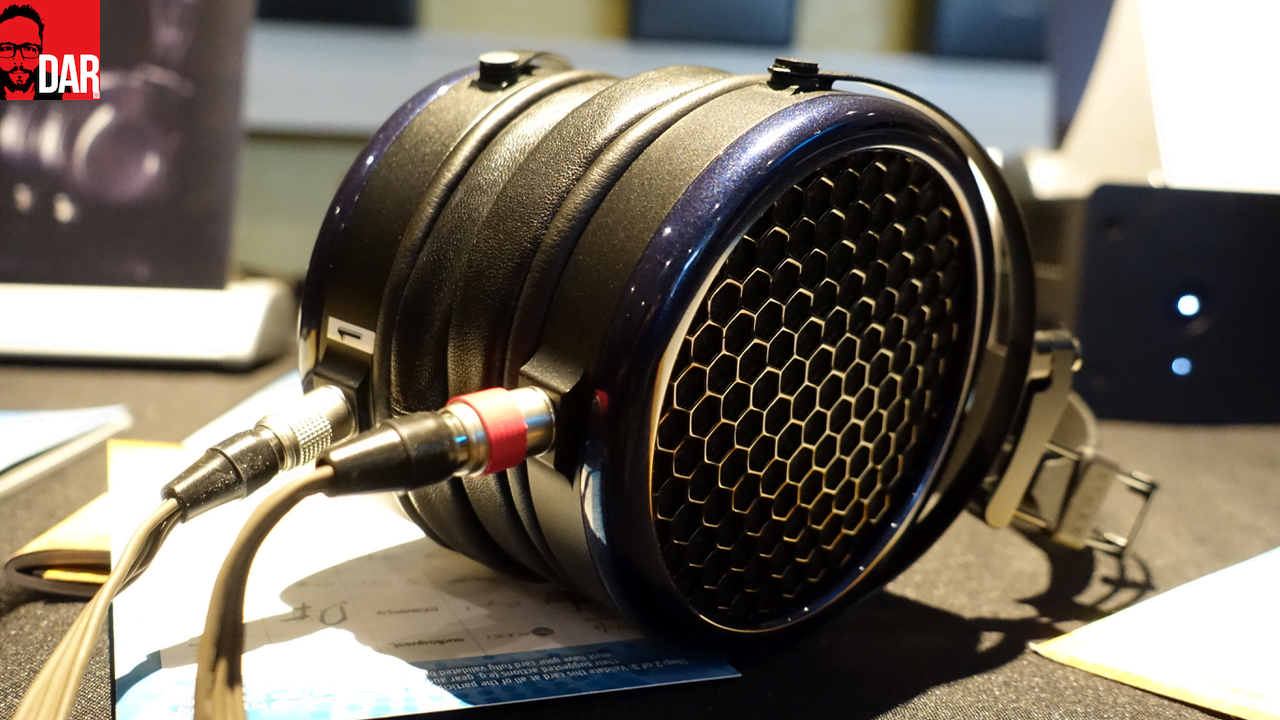 From the Sennheiser HD650 to the AudioQuest NightHawk to the ATC SMC11 to the speakers inside your TV set, the majority of the world’s headphones (and speakers) are of dynamic design. A metal wire coil is inserted into a narrow magnetic field and affixed to a suspended driver cone. Once charge is applied to the wire coil the resulting electromagnetism moves the cone back and forth. And that moving cone therefore creates sound.

More popular of late are are planarmagnetic headphones (aka orthodynamics). Think OPPO PM-3, Audeze LCD series and HiFiMAN HE-1000. Here, an electrical charge is a conductive trace embedded into a thin film that, in most cases, sits between two magnets. The resulting electromagnetism vibrates the film in order to create sound.

The third way is electrostatic headphones. A super-thin membrane, coated with a conductive material, is suspended between two metal plates (stators) – the membrane remains physically isolated from the plates. Voltage is fed directly to the membrane and the music signal to the plates. The result is an electrostatic field with the plates providing the necessary attractive and repulsive forces to move the membrane back and forth – ergo sound. Each plate is perforated to allow the sound to reach the ear (and the outside world). The theoretical pay-off is crazy low distortion. 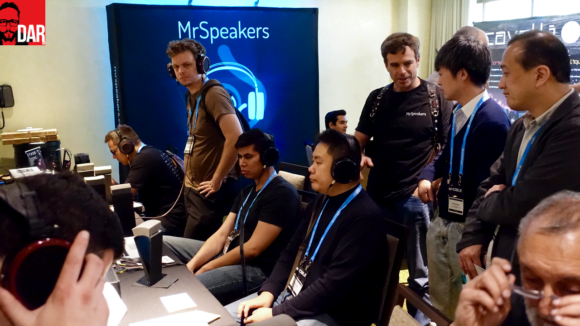 The number of manufacturers bringing these kinds of headphones to market is small – think Japan’s Stax, Hong Kong’s Kingsound, Koss and Shure – but their following often borders on the fanatical. Listeners get off on the transparency, speed and down-to-the-bone detail reveal. Detractors point to the electrostatic’s lack of low frequency extension. The admission of bass omission comes built into Martin Logan’s electrostatic loudspeakers. Others complain of sterility. 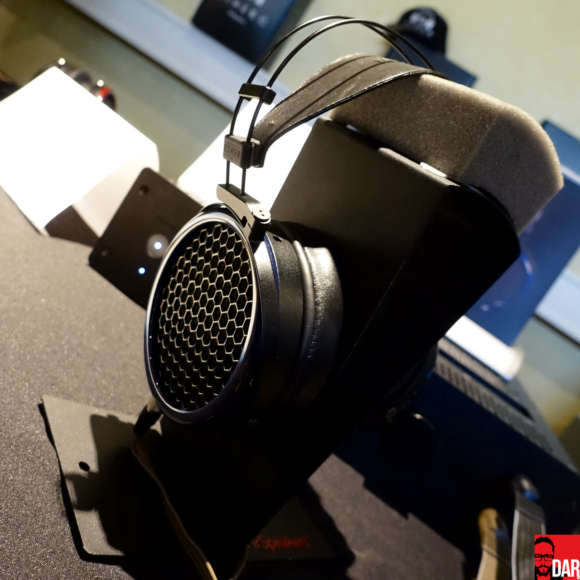 At first glance they look like the open-backed Ether but follow the wire to a Cavalli Liquid Lightning 2T amplifier to find the game given away. A quick audition by yours truly confirms that Clark is very much onto something here – a weighty presentation with good bass reach. Little wonder that Clark’s ‘stats were the talk of the show.

In this ‘ere video Clark talks us through his new baby and also gives us a nice explanation on how electrostatic headphones work:

In a follow up email, Clark says, “No name or product details yet, just ETHER Electrostatic as a working name….”. No release date and no price either – hence his CanJam signage emphasising their prototype status.

However, Clark reckons they’ll look like a bargain next to Sennheiser’s now legendary ten-thousand-British-pound Orpheus. And with only 300 pairs made by the German manufacturer, Clark’s take will easily ace the Orpheus on buy-it-now availability.

No wonder Dan Clark is grinning. 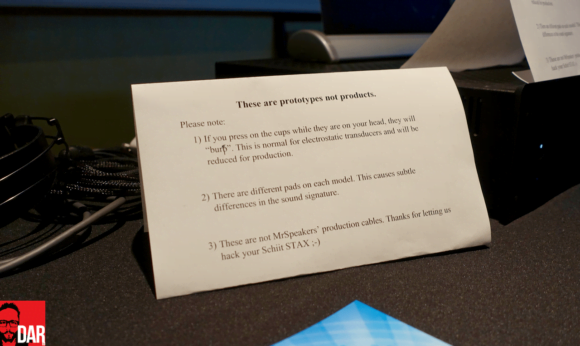 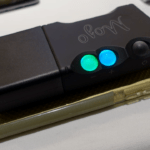 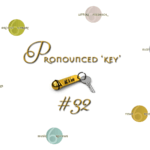