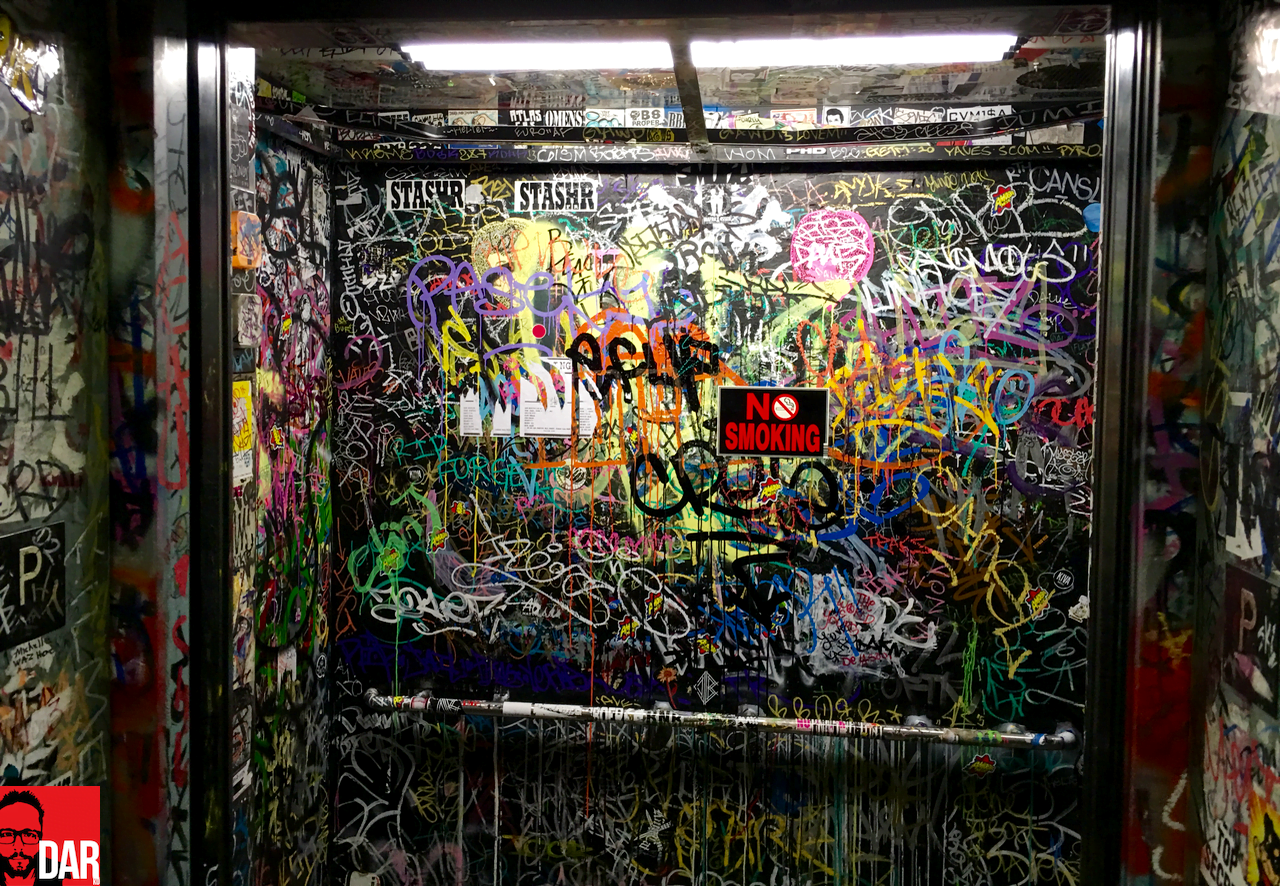 Independent record store – what mental image is conjured? Dilapidated signage above a dark shop window? An out of the way location on the edge of town? A cramped interior? A musty smell? A stand-off-ish 40-something counter clerk who looks down on your lack of Buffalo Springfield knowledge? A vintage hifi rig that spins Northern Soul 7″s all day long?

Whatever you imagine, it’s probably a long way, both geographically and metaphorically, from Amoeba Music in Hollywood, California. Occupying the full width of the short block between Ivar and Cahuenga on Sunset Boulevard, Amoeba would almost rival Home Depot on internal square footage and ceiling height. Little wonder it’s one of the area’s most iconic buildings. After dark, the red neon glow of Amoeba’s signage makes it hard to miss. A large sign above the door details upcoming live shows and album launch events.

The first time visitor could find Amoeba a little overwhelming. The vinyl lover should steer toward the lefthand wall where seven double-side racks serve up thousands of rock and pop releases.

Check out the video…

Interleaved between those sealed pressings sits a smattering of used rarities. This time around, I picked up the 12″ single of Billy Bragg’s You Woke Up My Neighbourhood for US$6, largely for its three quite lovely B-sides. The hope of unearthing an unexpected gem is precisely why many a vinyl collector braves Hollywood’s often chaotic traffic to get to Amoeba. The parking garage in the basement helps, which is worth visiting to catch a glimpse of the store’s graffiti-drenched elevator.

Back up inside the store, beyond the clickety-clack of CD cases being flipped through and immediately beneath the storefront window sits the electronic and dance music vinyl section. Out of print rarities sit up high on the display wall. 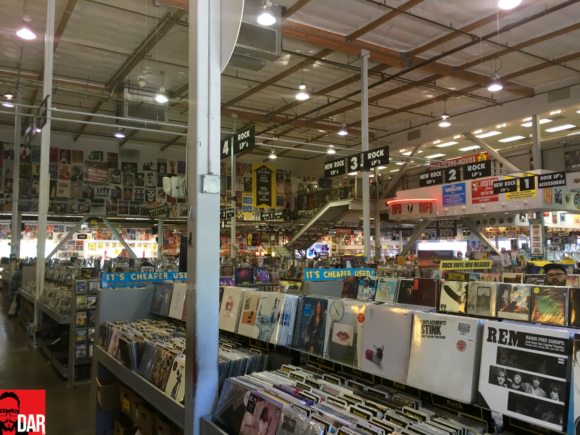 On a previous visit, I snatched up a sealed copy of U.F. Orb‘s original 3LP release for US$70. Autechre’s Tri-Repetae (US$60) and The Black Dog’s Spanners (US$75) were one’s that got away. Making it to the checkout counter at the end of this speedy drop-in: a selection of all new Richie Hawtin 12inchers as well as long players from FSOL, Pantha Du Prince, The Wedding Present and Built To Spill.

Out back, behind the store’s stage, I spied a sealed copy of Diana Krall’s Live in Paris (US$60) next to a Sun Ra rarity; an odd juxtaposition. Beneath that, an extensive range of t-shirts lead the more curious of customers to a set of draws loaded with 8-track tapes and reel-to-reels. Close by, a range of turntables from Audio Technica and Music Hall are ready to satisfy entry-level record spinning urges.

If there’s an bigger, airier, brighter, better-stocked independent record store in the world, I’ve yet to find it. (A second Amoeba Music outlet can be found in Berkeley, San Francisco). 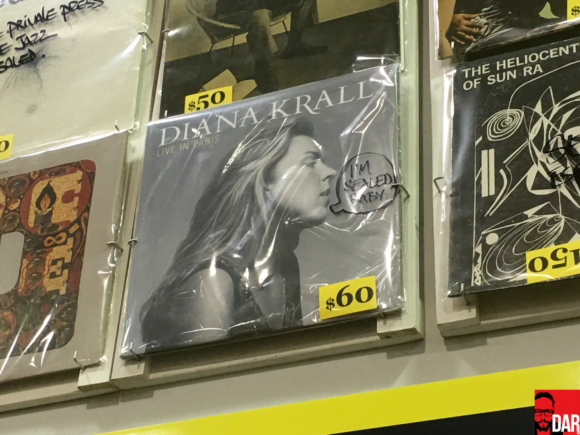 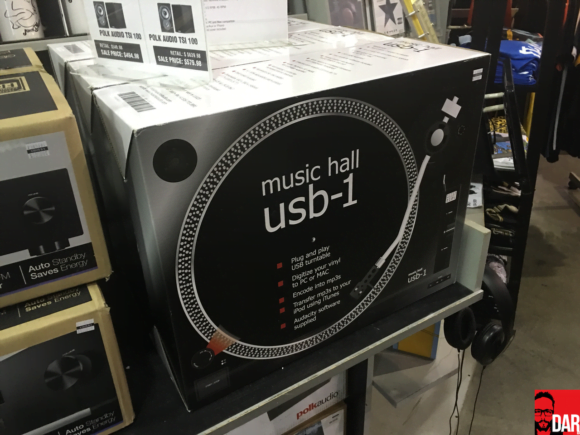 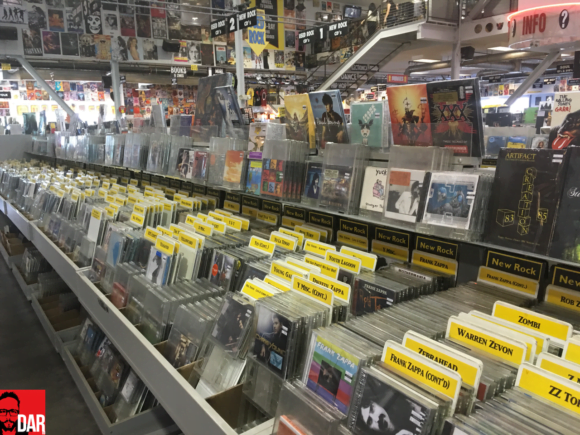 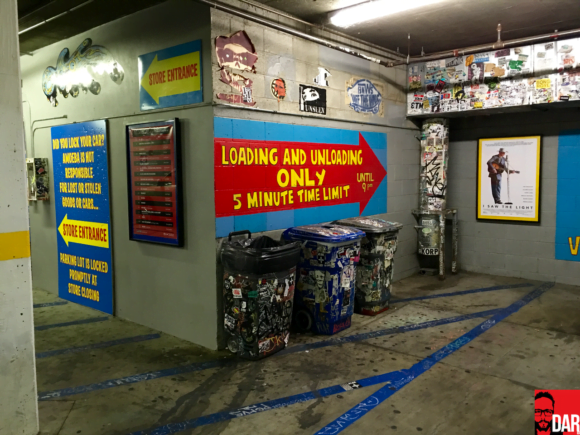 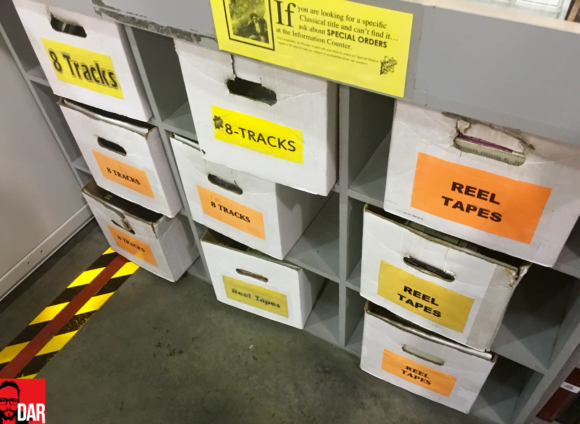 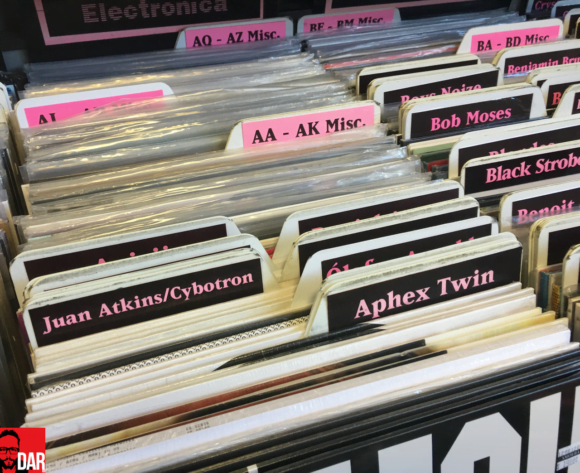 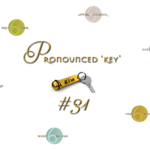 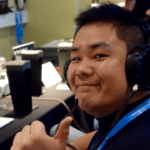