Dis-integration. Putting together a high end audio system can be a daunting task for many. First up, choosing loudspeakers that not only meet personal taste head on but also fit the room’s looks and feel as well as its sonic properties. Then comes the amplifier to drive those loudspeakers for which there are thousands of units to choose from. Want to listen via headphones? You’ll need an amplifier with a headphone socket.

The DAC inside your smartphone or laptop will soon get found out if direct-wired to a decent amplifier. A third party decoder is required to up their collective ante.

Vinyl lovers will not only need a turntable but a phono stage to bring its output up to line-level. Another box. Another choice.

All up: there’s the very real risk of choice paralysis, especially for newcomers.

A separates system means a lot of boxes that also require joining via interconnects, both analogue and digital. You’ll also need a power board with at least five plug sockets, one for each device: turntable; phono stage; streamer; DAC; amplifier. More if you go pre/power on the latter.

How about a device that rolls all of these features into a single unit? One box, one power cord, zero interconnects. ONE CHOICE. That’s the precise promise of Canadian company Simaudio’s Moon Nēo ACE integrated.

Inside a single chassis:

The Nēo Ace was announced at CES 2016 and is slated for shipping sometime this quarter when it will join a growing number of super-integrateds that put EVERYTHING under one roof. Here, ACE = A Complete Experience.

At US$3500 the new Moon brings a bounty of features for quite a bit less than similarly featured (but not necessarily similarly performing) units from the likes of Bel Canto, Devialet and Vinnie Rossi. Most importantly, the Nēo ACE takes the pain out of system building by lowering the electronics box count to one: just add loudspeakers (and turntable) and stir. 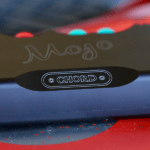 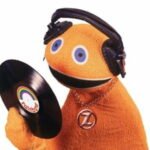