“Roon Ready” signage glows with a ghostly blue-white. At a number of CES 2016’s Venetian Hotel suites – in the Bryston room, in the Bel Canto room, in the Danville Electronics room (see above) – it was close to unmissable. To the uninitiated though, the questions barks some, “What the gosh darn heck is Roon Ready?”

Roon is a music software application that handles music library indexing and organisation, meta data provision, Tidal integration, playback to a DAC, all controlled by one very swish interface. Put more crudely, Roon is iTunes on steroids. It took out DAR’s “2015 Product of the Year” gong.

The nine-strong development team behind Roon cut its teeth on the software side of the Meridian Sooloos. Since going it alone the team has scattered across the globe with the entire project now managed remotely via Skype and Slack.

Roon’s public faces, Enno Vandermeer and Rob Darling, live in Thailand and the USA’s Pacific Northwest respectively and they only meet in person a few times a year at shows like CES, Munich HighEnd and Rocky Mountain Audio Fest. Consequently, they’ve spent (almost) as much face time with yours truly as they have with each other.

Over restorative gin and tonics in a bar on the Venetian Hotel’s casino floor, the three of us convened to nut out, on camera, answers to questions like “What is Roon?”, “What is Roon Ready?”, “Is Roon Ready the same as Roon Certified?” and “What is Roon Core?”.

A summary for those who don’t have eight minutes to drop on the video interview: Roon began life as a three-in-one application but remote control apps now exist for selected Android tablets and the iPad. I’m sure Rob Darling and Enno Vandermeer field endless requests for an iPhone version; the official line is as it has always been: “It’ll be ready when it’s ready.”

At CES, Roon Labs’ promotional push was for Roon Ready – further decentralisation for listeners wanting to move Roon’s playback engine away from “the electrical firestorm” (Vandermeer’s words) of a music server and onto a low/er noise streamer which, when Roon Readied, behaves as a Roon Endpoint i.e. playback device. The server sends digital audio to the Roon Endpoint over the network using Roon’s own hi-res PCM- and DSD-capable transmission protocol but is clocked by the latter.

The next step, already in its early stages, is to allow third party manufacturers to host the library management portion of Roon on their own music servers – that’s Roon Core.

Mark Jenkins of New Zealand’s Antipodes Audio has already signified that he intends his music servers to be both Roon Ready and to host Roon Core; BYO mobile device for control, no other computer required. That way we get the best of both worlds: the superior sound quality of Jenkins’ servers married to Roon’s class-leading interface.

Roon Core already sits on SoTM’s sMS-1000SQ Windows Edition, which according to the South Korean company is “The world’s first Windows OS based server to combine with AudiophileOptimizer and Roon”.

For this writer, Roon continues its march as #FutureFi writ LARGE. 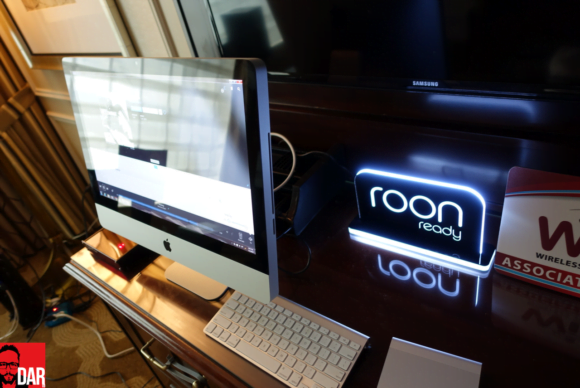 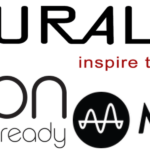 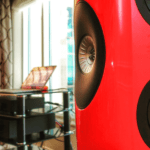