UPDATE July 2016: The Mytek Brooklyn has been reviewed here.

Mytek’s introduction of its Stereo192-DSD DAC in 2011 made a splash at that year’s Rocky Mountain Audio Festival because it was the first DAC to bring DSD decoding under the US$2k threshold. That was the headline. Buried in the small print was news of a bullet-proof bundle that featured Firewire, USB, S/PDIF, Toslink digital inputs, an analogue input, a most decent headphone amplifier, balanced XLR and single-ended outputs as well as a choice of analogue- or digital-domain volume attenuation, all controlled via a slim Apple wand.

In spite of its need for custom USB drivers and its more utilitarian looks, Mytek’s StereoDSD-192 DAC proved to be quite the package for the asking price of US$1395 (reviewed here).

Five years later, again at RMAF, Mytek showed off a refresh of their entry-level model. This one had a more memorable moniker, named after the company’s Stateside HQ location: Brooklyn. The headline this time was MQA decoding; Mytek’s Brooklyn would be the first consumer-grade DAC in the world (beyond those made by Meridian) to un-pack/decode MQA.

At the Mytek booth in Denver, Michael Lavorgna of AudioStream/Stereophile and I witnessed a demo of MQA-encoded hi-res audio streamed from Tidal over the Marriott hotel’s wireless network and then decoded by the Brooklyn converter.

MQA’s sorcery is that it can fold hi-res audio into a Redbook-sized wrapper, no increase in bandwidth required, and any MQA-equipped DAC – like the Mytek Brooklyn – can unwrap the entire MQA-encoded file. DACs lacking MQA certification can read and decode the Redbook portion only; the result of which is, according to MQA creator Bob Stuart, “better than CD-Quality”. Interesting, no?

As per its predecessor, there’s more to the Brooklyn than the headline.

Next up is a reworked display (unfortunately not fully captured by my camera’s over eager shutter speed). This one’s colour and shows more info at a glance than the StereoDSD-192 could even dream of.

On the back panel, the Firewire input has gone bye-bye and the USB input is now (mercifully) driverless. That’s good news for anyone looking to feed the Brooklyn with a Linux-based music server/streamer. New to back panel connectivity is AES/EBU.

However, making a bigger splash for this vinyl lover is the Brooklyn’s in-built phono stage. The analogue input can be re-configured from its line-level default to accommodate MM and MC cartridges. 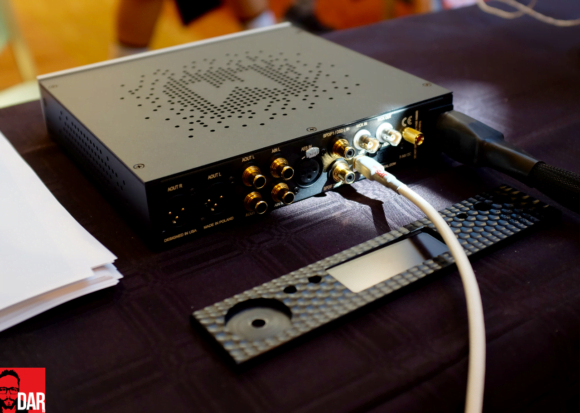 If that’s not enough, there’s: S/PDIF and Toslink digital inputs; a headphone amplifier that offers “high-current (500mA, 6 Watts) for hard-to-drive headphones” that can go balanced a la Pono Player; balanced XLR and single-ended outputs as well as a choice of analogue- or digital-domain volume attenuation; remote control again comes via an Apple wand hijack (or the supplied remote).

Internal decoding is once again handled by an ESS Sabre chip but to the Brooklyn Mytek have added “Mytek’s proprietary Femtoclock GeneratorTM minimizes internal jitter, to below 1 picosecond.”

Furthermore, the Brooklyn can accept external 12V DC power or battery and its warranty is two years. Black and silver finishes are available.

Price? US$1995. The Brooklyn nets you a LOT of DAC/pre-amplifier/phono-pre-amplifier for your money.

Why pen a post now and not back in October 2015? 1) The Mytek Brooklyn is now in production and ready to ship and 2) Michal Jurewicz and his team will be demonstrating the Brooklyn and its MQA-decoding capabilities at CES 2016 this week.

There’ll be more to come on this unit fo’ sho. 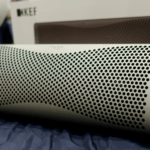 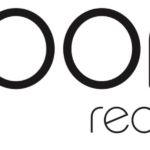