In the pro audio world active loudspeakers are the norm and not the exception. In the audiophile world the inverse is true. That’s slowly changing. With lower box count, fewer cables, digital crossovers and amplifiers tuned exactly to the speaker drivers, active loudspeakers make a good deal of sense. And not just at the entry-level.

At last year’s Munich’s HighEnd Show we saw a number of manufacturers move (some of) their lines in an active direction but few demos were more impressive than Dynaudio’s new XD series – active loudspeaker models with digital inputs but made for bigger budgets.

At CES 2016, I skipped out on their higher-end active solutions and made a bee-line for the Danish company’s new Xeo 2 standmount. US$1599/pair nets you a pair of digitally-enabled, multi-zone wireless, remote-controllable active loudspeakers. The 14cm mid/bass driver – which sits in an extra-rigid moulded composite frame – and the 27mm soft dome tweeter are made in-house in Denmark. Dynaudio’s claim that the Xeo 2 are flat down to 40Hz caused me a double-take.

Causing additional say-what-now was our room host’s music selection. Over 15 minutes, Dynaudio USA’s Mike Mannousellis (“Man-oo-sell-is”) punched in Ride’s “Leave Them All Behind”, Spiritualized’s “Do It All Over Again”, and Joy Division’s “She’s Lost Control”. With Audiostream’s Michael Lavorgna adding talk of The Birthday Party to the mix, I forgot, for a few moments at least, that I was at an audio show. Mannousellis loves 90s indie. Where his and my opinion’s diverge is on the The Verve’s Urban Hymns. He thinks it still holds up. I do not. Two words: “Lucky Man” (ugh).

Only from getting fingers-on with the touch sensitive controls atop the left speaker did I notice the Xeo 2’s slightly narrower side-profile and rubbery finish: the cabinet is made from a moulded composite that’s complemented by an extruded aluminium front baffle. 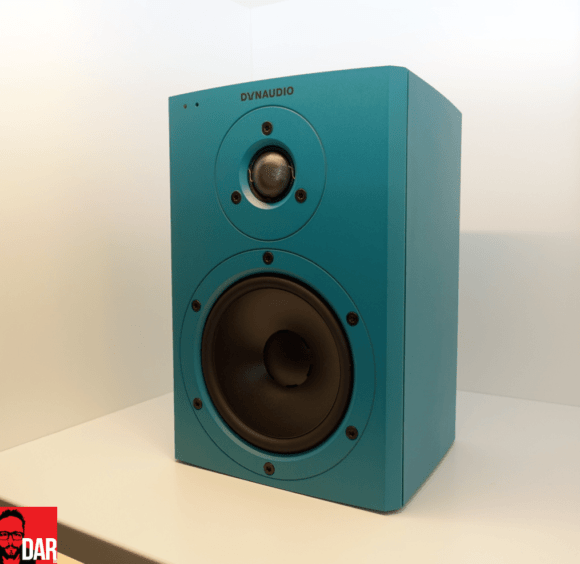 The Xeo 2 can be bowel-fed via Toslink – in their Venetian Hotel suite Dynaudio USA were using an AURALiC Aries Mini – and analogue sources come into play via the Xeo 2’s 3.5mm and twin RCA inputs that instantly digitise the incoming signal. Over the air streaming can be dealt via Bluetooth, Dynaudio’s Xeo hub or their DLNA-enabled Connect (both available separately).

Each driver sees 65 watts of pulse-width modulated drive, something that Dynaudio have branded ‘Pure Path Amplification’ for which the signal remains in the digital domain until the last possible moment. With amplifiers in each box, both left and right loudspeakers require wall socket connection but they talk to each other over a closed A-to-B wireless connection. You can’t do that with a passive loudspeaker.

Further DSP utilisation comes from the Xeo 2’s three-position proximity switch that tweaks the speaker’s output according to its placement: in a corner, close to a side wall or out in open space. A bespoke desk stand will be available shortly for US$250/pair. 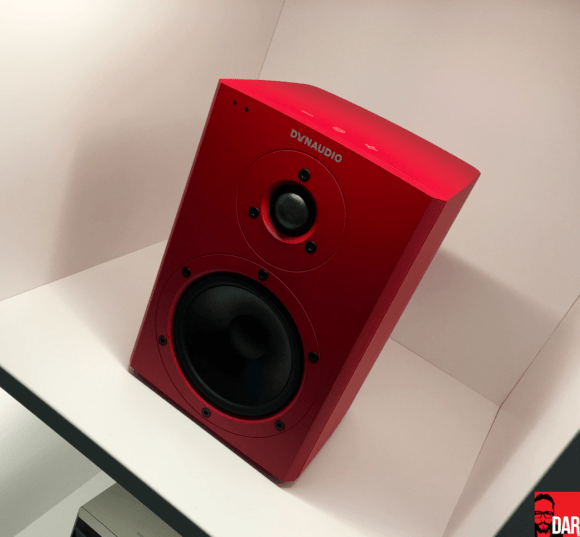 However, the real kicker for this commentator are the colours, none of which are yet in production but might be soon. Dynaudio are in the process of market testing finishes that’ll move the Xeo 2 beyond black or white versions. Like Michael Lavorgna, my vote goes to the vibrant red but I’ve got mates who might dig the yellow or teal or even a custom print.

A break from the norm, colour piques the customer’s interest, draws him/her closer, leaving the speaker’s audible performance to close the deal. That’s as true for the high end as it is for the entry-level. Down in the more wallet-friendly sector, Dynaudio’s Xeo 2 have the potential to help normalise active speakers in the audiophile world but also bring better sound to a wider audience, especially to those who stay away because the majority of audio hardware manufacturers remain committed to wood veneers or high gloss black. Bravo! 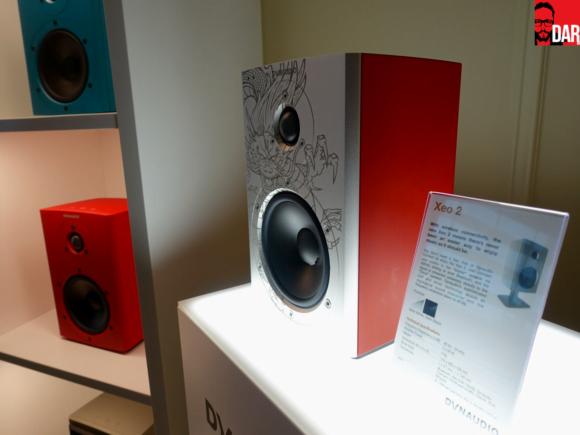 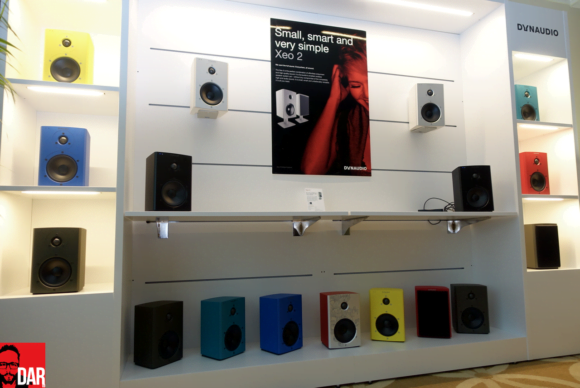 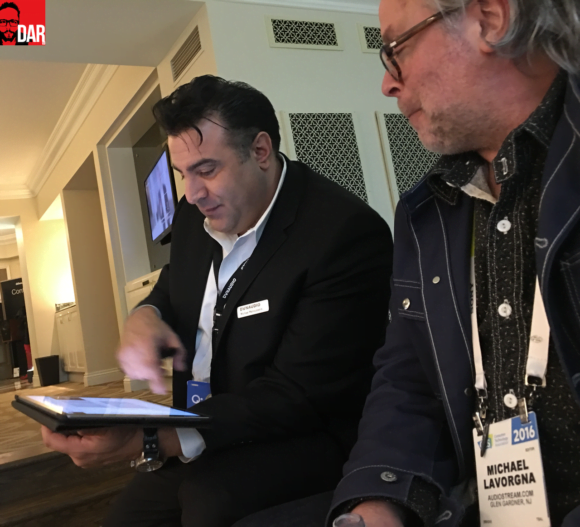