UPDATE 10th January 2016: An e-mail from AURALiC: “Because MQA is a ‘end to end’ processing to maximum the performance with best sound quality, the ARIES and ARIES LE will integrate MQA file decoder but the final rendering has to be done by a MQA certificated DAC (ARIES MINI analog output is a MQA certificated DAC stage).”

UPDATE 11th January 2016: From AURALiC’s Facebook page: “During CES, MQA discovered that wireless high-resolution Music Streamers without built-in DACs (i.e., AURALiC’s ARIES, ARIES LE & ARIES MINI) require a slightly different implementation of its technology. MQA has not yet completed finalizing the definitive version of the technology; no MQA partner has yet to receive the actual final version of this emerging technology, which will be downloadable to any product in the very near future.) Because of this, AURALiC’s original plan to include TIDAL/MQA capability in the v3.0 firmware being issued today will not occur. Xuanqian Wang, President & CEO.”

First came a blog post from AURALiC’s German distributor: “Neu AURALiC Lightning mit RoonReady und mit MQA”. Little more than basic high school German (or Google Chrome) were required to translate news that AURALiC were about to set the tone for digital audiophiles attending CES 2016: that there will be much talk of Roon and/or MQA integration within third party DACs and digital audio streamers.

Then came the press release to confirm it: “AURALIC LIMITED, are pleased to be the first developer of a complete line of high-resolution audio streamers to offer fully implemented capability for two of the industry’s significant new technologies: MQA® decoding and RoonReady® integration.”  At the Venetian Hotel in Las Vegas, next week AURALiC will be streaming nothing but MQA and Tidal. The wording is sufficiently vague an almost confirms hi-res streaming is coming to Tidal via MQA (as predicted last month).

A soon to be released firmware update to all three Aries streamer models will bring AURALiC’s Lightning platform to v3.0, from which the Aries, the Aries LE and Aries Mini will all get MQA compatibility but that RoonReadiness (initially) only applies to the two big fellas. Roon support for the Aries Mini in still “in progress”.

Finally – and there’ll be much dancing in the halls for this one – an iPhone version of AURALiC’s Lightning DS app is set to land in the App Store “soon after CES”. 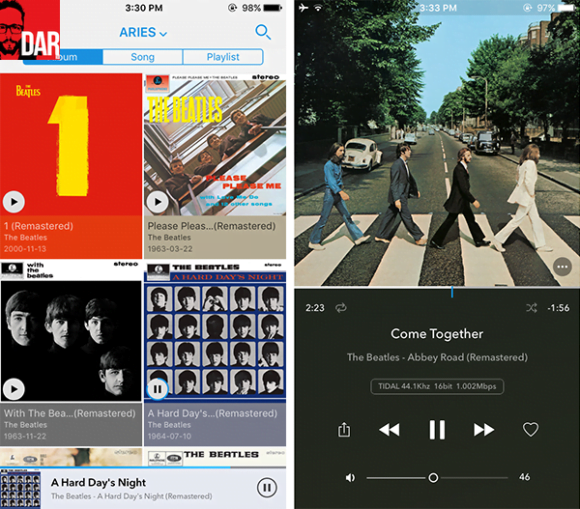 Quoth this week’s press release: “After more than two years developing and refining the Lightning DS streaming platform, we are building our own eco system, achieving our goal of repositioning Lightning DS from being a hardware control software to a complete music management system, helping people explore their music.

“Considering that we first demonstrated a prototype of the Lightning DS at the 2014 CES, we have grown tremendously as THE streaming solution for high-resolution music, making the impossible possible.”

However…questions remain: does RoonReady mean Roon Endpoint capabilities only or does it also roll in Roon’s server code? And even with Endpoint functionality on AURALiC streamers, is Lightning DS all but redundant for Roon users?

Here’s another thought: with The Beatles’ catalogue recently added to Tidal and with that same catalogue existing elsewhere as 24-bit stereo masters, will the two (ahem) come together in hi-res streaming glory? (That’s only exciting until we remember that the Fab Four’s digital transfers were all done at 44.1kHz).

These questions and more will be answered once I’ve spent time with Captain Wang of AURALiC, Bob Stuart of MQA and Rob Darling and Enno Vandermeer of Roon Labs. 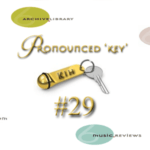 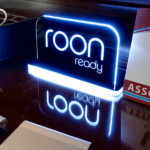