Silicon-Oxide-Nitride-Oxide-Silicon. Non-volatile. Sonos was founded in 2002 but didn’t introduce its first line of products until 2005. Back then, its only real rival was the Squeezebox 2/3, developed by a Slim Devices yet to be acquired by Logitech. In the intervening years, the Sonos range has expanded to include an amplifier-equipped streamer, a soundbar, a subwoofer and a range of streaming-capable active loudspeakers.

Ten years in the streaming business gives Sonos the jump on its rivals in terms of brand awareness but three years since its launch (superseding the ZP90/80), Sonos’ Connect wired/wireless streamer looks a little long in the tooth.

For starters, there’s no hi-res audio support. The Connect will stream 16bit/44.1kHz (natively) and 16bit/48kHz just fine but punch in a 24bit/96kHz version of, say, Bob Dylan’s Blood On The Tracks and you’ll be red carded by the Sonos control app. This might not trouble mainstream listeners but it probably keeps die-hard audiophiles away. Their loss.

The Connect’s (err) connectivity – RCA analogue output, Toslink and coaxial digital outputs – comes up a little short against the broader connectivity of Denon’s HEOS Link – which adds pre-amplifier out, subwoofer-out and Toslink input – and AURALiC’s Aries Mini whose USB output connects end users to a broader range of external DACs.

Furthermore, both the HEOS Link and AURALiC Aries/Mini accommodate direct connected USB drives – no intervening computer or NAS device required. A Sonos system’s local library must sit on a NAS or USB hard drive hosted by a PC or Mac. 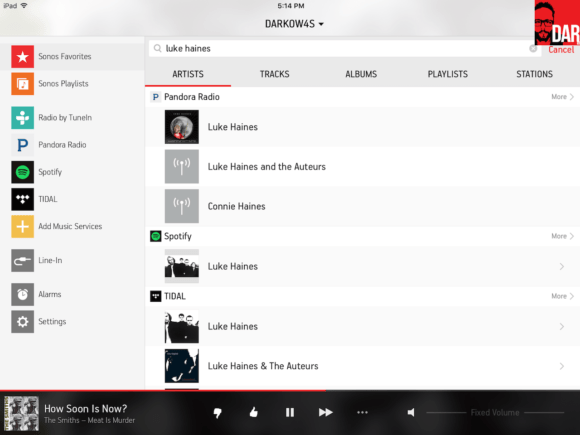 But how many of these rivals boast a setup procedure that your Mum could handle? How many offer remote control apps for Android, iOS, OS X and Windows? Sonos does.

Moreover, how many integrate more than a handful of streaming services? Sonos offers in-app support for almost 50 services that includes lossless hitters like Tidal and Deezer as well as lossy providers like Pandora, Spotify, The Hype Machine, 7Digital, Google Play Music, Amazon Music, Bandcamp, iHeartRadio, Last.FM and Murfie (among others).

Side notes: Qobuz’s Australian-territory absence would be notable if it weren’t currently clinging tooth and nail to its own fiscal cliff. The inclusion of Soundcloud and Mixcloud is a boon for fans of DJ mixes of a more electronic persuasion. Apple Music is coming to Sonos before end of year. Pandora stations can be added or edited inside the Sonos app. There is no Spotify Connect.

This brings us to one of Sonos’ most useful features: universal search. Enter an artist name, album or song title inside the search box in either the iOS or Android app and results are returned from each integrated streaming service as well as the local library.

Could it be that the Sonos cater to the mainstream before turning their attention to audiophile-centric sensitivities? In other words, the Connect is an absolute joy to use but its sound quality lets it down somewhat.

The AURALiC Aries Mini’s analogue output runs rings around the Sonos Connect’s: more detail, better tonality, cleaner separation. Looking back in the opposite direction but from a slightly different point of view, the Connect is perfectly acceptable when heard in a quick demo scenario but more extended exposure tells me that it doesn’t hold my attention for much longer. With the Sonos streamer front end to a Vinnie Rossi LIO (as pre-amplifier) and Adam Tensor Delta loudspeakers I soon find my appetite for listening to more music on the wane. 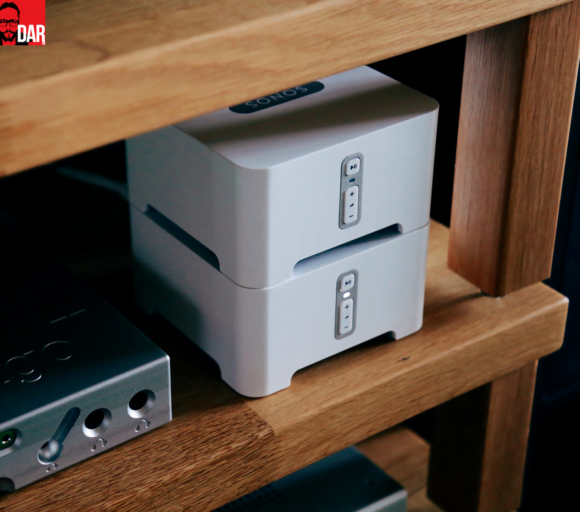 Even with an external DAC we’re not completely out of the woods. The digital output on the Connect is nothing to write home about. The Schiit Gungnir sounds significantly better than the white box’s internal DAC but tonal colours display a metallic sheen that I just don’t hear with other digital transports.

Investigating further, I ran AudioQuest Forest wire from the Connect’s coaxial output to a Schiit Gungnir multibit DAC and then another AudioQuest Forest from its Toslink output to the Schiit before going back to coaxial to confirm a most obvious truth: the noise spilling from the Connect over its coaxial output manifests as treble glare that’s impossible to ignore once you hear it. Bucking the trend with most streamers, Toslink is the better sounding digital output here. But even connected to the DAC over optical the Connect lacks the textural nuances and micro-dynamic verve of the original AURALiC Aries.

Helping both outputs sound considerably more wholesome is Wyred4Sound’s Remedy (reviewed here) which re-clocks and upsamples data to 96kHz. With third party assistance, the Connect’s sound begins to approximate (but not equal) that of the AURALiC Aries: glare-be-gone, metallics blown away. As per its DAR-KO award assignation, the Remedy applied to the Sonos Connect is quite literally a game changer.

On price, this Sonos/Wyred4Sound combo clocks dollars in for a total of US$799: US$349 for the Connect, US$399 for the Remedy and US$50 for a second price-commensurate digital cable (two are required). That’s a full US$700 less than the Aries and US$250 more than the Aries Mini.

The compromise in going Connect + Remedy is the absence of hi-res support and USB drive connectivity. The upside is an app on every platform (Remember: AURALiC devices are iPad only), Sonos’ multitudinous in-app streaming services and the associated universal search. Snakes and ladders, y’all.

But what if the Wyred4Sound Remedy could be rolled inside the Sonos Connect for a single hardware hit at US$899, thus kicking the Remedy’s switch-mode power supply and second S/PDIF cable to the curb. In return, the benefits of shorter signal paths and a single power feed.

Cart before horse. Calling long distance, founder and CEO EJ Sarmento detailed how Wyred4Sound’s Sonos mods informed the Remedy re-clocker, not the other way ‘round. “We’ve modded around 1000 Sonos units since 2008,” he says, “And we had to ruin a couple early on to learn how to open them without damaging anything.” Only Wyred4Sound’s custom coaxial jack and branding sticker separate modded and stock units when sat side by side. (Existing Connect/ZP90/ZP80 can be modded for the price of two-way shipping to California and US$550).

On the inside, Sarmento’s team leave the analogue board untouched. (RCA outputs sound the same as per a stock unit). It’s on the digital section that the chaps from Atascadero, CA exact their magic. The I2S output of the network board is intercepted and fed directly into a newly installed re-clocking circuit, thus bypassing Sonos’ DSP before spilling directly from the (higher quality) coaxial socket or untouched Toslink. 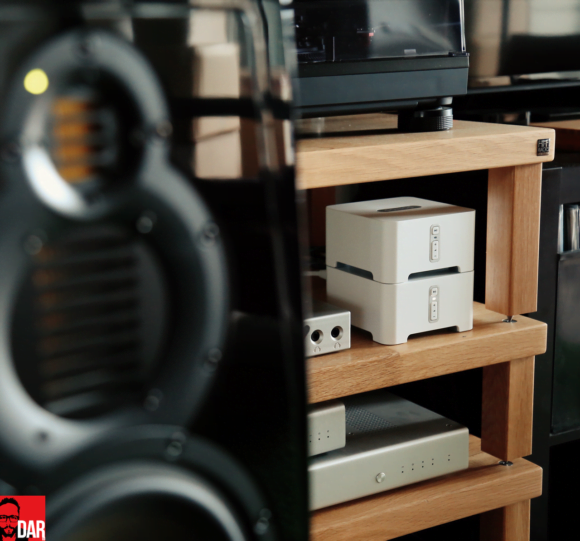 Like the Remedy, the modded Sonos Connect’s S/PDIF output is factory-set to 96kHz but other rates can be specified at time of ordering.

According to Sarmento: the new digital board measures 1.5” x 1”; is powered by low-noise onboard regulators; re-clocks the datastream at source. The latter is done prior to digital audio data being moved to the S/PDIF domain to which an externally-connected Remedy would otherwise be applied. The difference? S/PDIF carries data from which clock timing is derived via a PLL whereas I2S carries audio and clock data. Guess which transmission protocol is less prone to timing errors (aka jitter)? I2S. At least, that’s how the theory goes.

The short answer is yes. The slightly longer version is ‘most emphatically’. When connected via AudioQuest Forest coaxial cable to the Schiit Gungnir DAC, the Wyred4Sound-modded Sonos Connect sounds more easeful than the Remedied stock unit; micro-dynamics take on a more yielding, pliable quality and tone colour inking presents with more convincing saturation.

The upshot is that the internally-adjusted Sonos makes it easier for this listeners to sink into music for longer periods, even if when my tastes fall on the busier end of IDM (Slashing Cousin’s Fallen Gods) or the hectic guitar stabs of Ministry’s Psalm 69. Rock n roll doesn’t lean as heavily on one’s nerves, in many ways recalling the audible amelioration of having PS Audio’s Network Bridge substitute for USB on the Colorado company’s PerfectWave DAC. 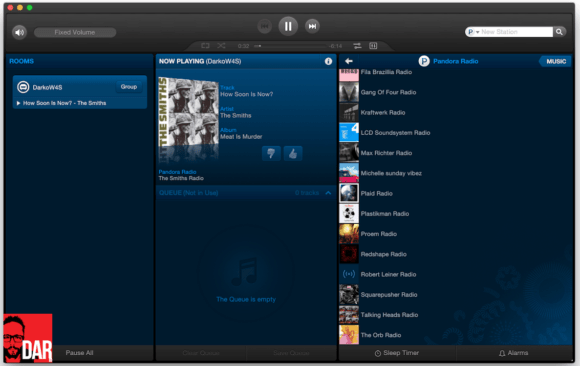 Whilst I’d take the modded Sonos over hanging a Remedy off the back of a stock Connect, my preference for optimising Redbook BEFORE fussing over hi-res compatibility puts me in the minority of audio reviewers. If you need the flexibility of applying a reclocker to a streamer but one that does handle hi-res audio, the Remedy appendage remains the goto device.

However, dismissing the Sonos Connect out of hand is a short-cut to snobbery. Its UX and streaming service integration runs rings around any other streamer. In all of audiophile land, only Roon equals the Sonos interface on ease of use and betters it on visual appeal, metadata provision and Tidal integration.

With a little love from Wyred4Sound the Connect is easily up there with the best on SQ. Yes, even the rather splendid-sounding AURALiC Aries.

The upshot is it becomes harder to justify correcting the noisy USB output of a Mac Mini (US$499) with an UpTone Audio REGEN (US$175), Curious USB cable (US$380) and Audirvana+ (US$79), without either one of which the Apple device lags behind the aural satisfaction of the Wyred4Sound-modded unit. That’s a wow from me. 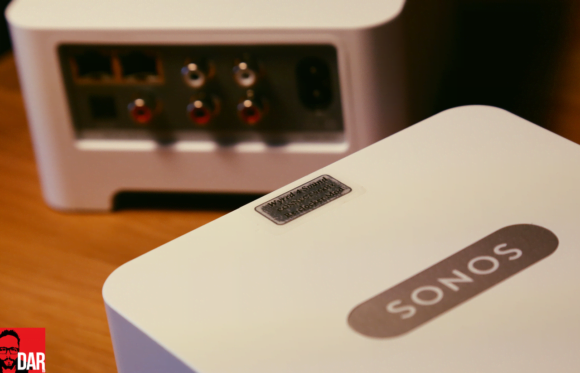 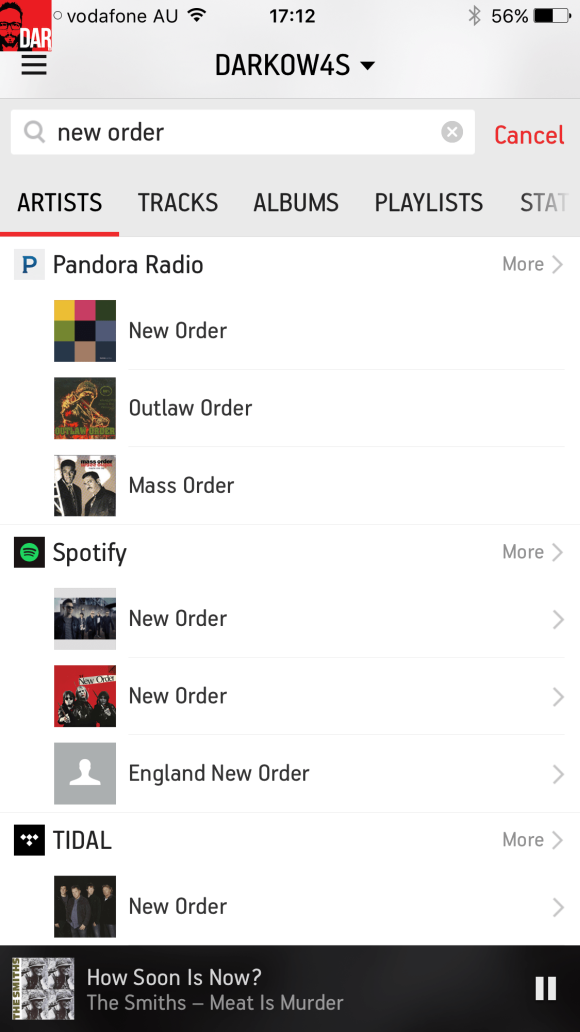 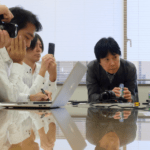 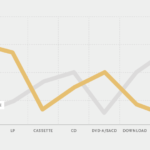