Cees Rujtenberg doesn’t do off-the-shelf DAC chips – Wolfson, ESS, Cirrus Logic etc. – as per the majority of the world’s D/A converters. Nor does he take the FPGA + software path as beaten by Ted Smith for PS Audio or Rob Watts for Chord Electronics.

Metrum Acoustics’ early models, specifically the Octave and the Hex (reviewed here), went about their decoding business with unspecified (read: secret) industrial chips. That was 2013.

A year on from that, Rujtenberg introduced a new flagship DAC in the Pavane, whose special sauce featured in-house designed R-2R decoders (!) sealed inside trademarked ‘Transient’ modules. Each module houses a pair of decoders. With four modules per channel in the Pavane’s full width chassis we get an octet of Transient module action in (effectively) dual mono config. Pricing came it at €4090 – more than acceptable for a flagship model of its ilk but far from affordable.

At the Munich HighEnd show in May, Rujtneberg alluded to an impending trickledown of the R-2R-loaded Transient modules. And sure enough, in August came the Musette, replacing the Octave MKII. The newcomer sported one Transient module per side. Yours for €1033 (+ VAT if ordering within the EU).

Now comes the Hex replacement. The Menuet drops the industrial chip of its forerunner, replaced by (you guessed it) R-2R ladder DAC Transient modules. The chassis is a mirror of the Hex’s two-thirds-full width. “However to avoid internal vibration the electronics are built in a well-damped  sub-chassis,” says Rujtenberg.

On the inside, we see the Menuet has four Transient modules fitted to a single board – two modules per channel. That’s half as many as the Pavane, twice as many as the Musette. Incoming digital data is split between two 12-bit DAC clusters inside each Transient module bank with each cluster processing a portion of the data in its most linear region. The upshot is reportedly a full 24 bits in the analogue domain.

The Metrum mainman continues: “This (all) contributes to the flawless positioning of instruments. The result of this process is an extremely fast and accurate behavior and brings  listening experience on a higher level.”

According to Rujtenberg, “These modules can handle extreme high sampling rates but are limited to current industry standards.” Translation: the USB input maxes out at 384kHz PCM.

Pricing reflects the Menuet’s halfway house positioning between the Musette and the Pavane: €2730 (+ 21% VAT for residents of the EU). Buyers pushing the button before the end of February 2016 get their Menuet for €2455. 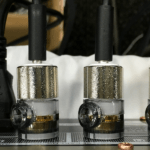 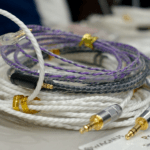