How does a cable company evolve? If you’re Irvine’s AudioQuest, diversification into entry-level, camel-case-named hardware, to which cables connect, is the next step: NightHawk headphones (US$599), JitterBug USB filter (US$49) and DragonFly USB DAC (US$149). And coming soon to their slowly expanding ecosystem of widgets and dongles is the Beetle – a palm-sized, plastic-shelled, 24bit/96kHz-capable US$199 DAC that builds on the DragonFly’s USB-only connectivity with Bluetooth and Toslink inputs.

Whilst the Toslink input has its incoming data stream moved directly to the Beetle’s ESS 9010 DAC chip, the USB and Bluetooth are doubly different. A microcontroller chip from Arizona’s Microchip is loaded with Gordon Rankin-coded software to host USB and Bluetooth reception, both of which are asynchronously handled. That means the Beetle itself controls data flow with USB and Bluetooth instead of the device supplying the ones and zeroes.

The Microchip micro-controller has another ace up its sleeve: its on-chip power supplies are linear, thus ensuring the Beetle’s internal electrical noise and power draw are vanishingly low.

To wit, the Beetle can be powered by a USB port (even that of a smartphone) or the supplied linear wall wart, one that’s none too dissimilar to those that ship with Schiit Audio’s entry-level products.

The upshot? Not only can the Beetle be used like a DragonFly – as a USB DAC driving headphones or a line level input from its 3.5mm output socket – but visiting friends and relatives can stream to Bluetooth input, one that promises broader SQ lift than aptX. Remember: Apple have yet to licence the aptX codec. No iPhone, iPad or Mac can meet aptX’s requirements that both receiving DAC and transmitting i/Device be compatible with CSR’s next-level Bluetooth tech.

However, Toslink connectivity is where we foresee Beetle potentially kicking the most goals. Like it or not, Toslink has become the adopted digital audio standard outside of the audiophile niche. Manufacturers shipping a product without it doom any mass market aspirations from the outset.

Not only will AudioQuest’s Beetle likely bring some much needed sonic improvement to the Sonos Connect but its pricing makes it the perfect partner for the Google Chromecast Audio.

Moreover, many modern boxes arrive without an analogue audio output altogether. ‘Analogue sunset’ is slowly airbrushing twin RCAs from the back panel of most Blu-Ray players, the 3rd generation Apple TV is optical only, as are many new-production TVs and gaming consoles. Here the Beetle moves from optional to necessary.

We first caught sight of a (naked) Beetle as it crawled out of Berlin just prior to its Munich High End Show debut.

Last month in Tokyo, I accompanied AudioQuest’s Shaun Schuetz, Skylar Gray and Steve Silberman as they introduced Beetle to two of the country’s biggest audiophile publications: Stereo Sound in Roppongi and Phileweb in Akihabara, both of whom publish in print and to the web. Think of the former as Japan’s Stereophile and the latter as a younger-staffed TAS.

Providing the introductions were Koichi Kosuge and Tetsuya Kano of D&M Holdings who also distribute AudioQuest products in Japan. Kosuge-san handled English-to-Japanese translations as Silberman took us deeper into the Beetle backstory. I filmed a little at Stereo Sound but more at Phileweb where Silberman really hits his explanatory stride:

(After Silberman, Gray took centre stage to explain the ins and outs of his NightHawk headphones.)

Point Google Chrome here for a fully-translated take on Phileweb’s coverage of the Silberman/Gray visit that includes photos of the Beetle itself. DAR will have more on the fully-formed Beetle after its official CES launch event in Las Vegas next month. 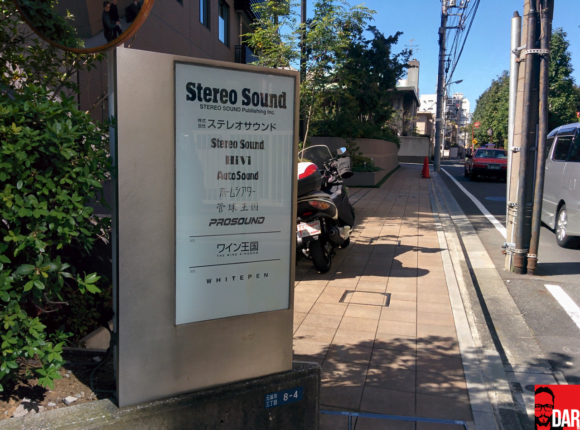 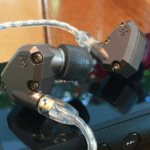 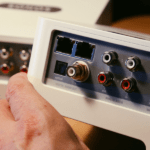