Fly to Tokyo. Take the train to Shinjuku. Step out of Shinjuku station on its west exit (the Odakyu department store side) before heading south west across the bus station plaza. You’re now in Nishi-Shinjuku. (Nishi = west).

Notice how the restaurants and bars here aren’t as glitzy, trashy or as touristy as those on the station’s north-east side?

Dominating the area and occupying over half of one block is Yodobashi Camera: a department store dedicated to electronic goods (and luggage). There are several Yodobashis dotted around Tokyo but the Shinjuku store is one of the company’s largest. It’s also their oldest store and probably why it’s the home of Yodobashi HQ. Only their flagship store in Akihabara serves up more square footage of smartphones, white goods, cameras, Windows devices, Apple products and, of course, audio gear.

Take the stairs or elevator up to the fourth floor in Shinjuku and prepare to be stunned. The sheer number of headphones, IEMs, DAPs, DACs and headphone amplifiers only display is nothing short of gargantuan. If it’s currently in production, chances are you’ll find it at Yodobashi Camera.

If your head-fi freakery is as great as many of the Japanese, set aside at least an hour to wander up and down row after row of possibly the world’s largest high street headphone selection. Almost everything is setup for customer audition.

Some of the bigger brands – Sennheiser, Audio Technica, Beyerdynamic – have their own dedicated listening booths where visitors can hook in their own sources or listen to CDs (still big in Japan) via the store supplied electronics.

And you don’t have to imagine what it all looks like. This video, shot by yours truly, tells all:

It’s not just head-fi at Yodobashi. At least a quarter of the fourth floor is dedicated to smaller, all-in-one two channel systems. Step past those and up another shorter flight of stairs and prepared to be stopped in your tracks once again: Yodobashi’s wall of speakers is like no other in the world. This isn’t an experiential goods display a la Akihabara’s Dynamic Audio. Yodobashi’s approach is to pile ’em high and stack ’em up. Have you ever seen so many standmount loudspeakers in one place?

Next to that, a wall of amplifiers and CD players. Guess which chassis finish is most successful in the Japanese market: silver or black? Watch this second video to find out:

Standing out via (mostly) a conspicuous absence were turntables. I counted seven at most.

Comprehensiveness is Yodobashi’s opening hand. Their intent is to compete with Amazon.co.jp on range even if the store-centric model won’t permit equal footing on price. After all, Amazon’s presence is web only.

Delivery time is also a factor for Yodobashi keeping pace. Their six hour delivery service is run from an enormous Yokohama-based warehouse.

Even if the size of most hifi components, or the 100V mains voltage rating of Japanese electronics, red cards taking anything back to your home country, Yodobashi Camera is a must see for any audiophile visiting Japan. 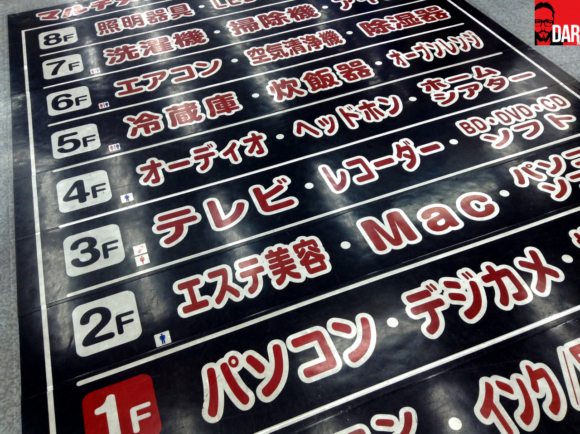 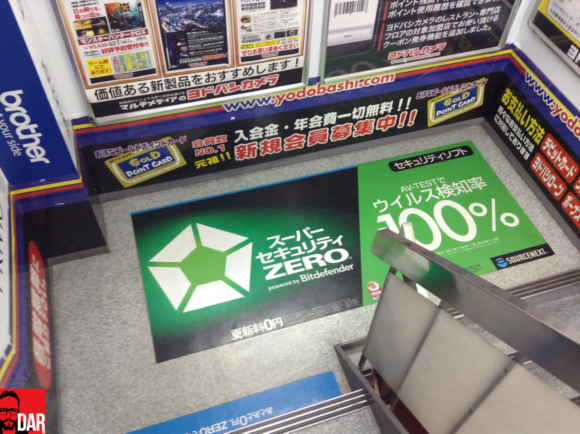