TLA. Three letter acronyms. What lies beneath? If you’re California’s MSB Technology it’s the irresistible coincidence of ‘most significant bit’ and the initials of founding member Mark S. Brasfield. That’s according to Melbourne’s Stuart Graeme Ralston who lends his own initials to one of Australia’s most progressive audio manufacturers: SGR. Bringing our intro full circle, Ralston also distributes MSB Technology under his Audio Fidelity banner.

SGR and MSB have developed a close working relationship over the past five years; one that apparently enjoys some cross pollination of engineering nouse.

Ralston explains: “We started acting as a distributor for MSB Technology in early 2010, and I’ve seen them grow and develop substantially in a relatively small amount of time. They share our strong engineering philosophy and a common pursuit of bringing the listener as close as possible to the original sound, so the MSB Technology product range is a perfect fit for what we’re achieving for our customers at Audio Fidelity.”

“There’s a mutual respect between MSB Technology, as well as sharing of ideas and insights, particularly on the manufacturing side, which we do through Audio Fidelity’s sister company SGR Audio. Co-founder Larry Gullman and I reached the same conclusion a few years ago – the only way to achieve world class quality is to manufacture in-house as much as possible. So we’ve both been on a similar journey, in our separate businesses, with bringing all the critical manufacturing processes in-house.”

Making its worldwide debut down under this week is MSB Technology’s new statement D/A converter, the Select DAC II.

From MSB Technology’s website: “The SELECT DAC is more or less like a blend of the best of the Analog DAC and the best of the DAC V. It combines the Analog DAC construction, user interface and modularity with the DAC V’s upgradability and refined sound taken to a whole new level. It offers the most life-like sound possible. It has a level of realism never heard before.”

The very first unit from the very first production run (of fifty) landed at Audio Fidelity’s door before heading straight out again for a home demo. 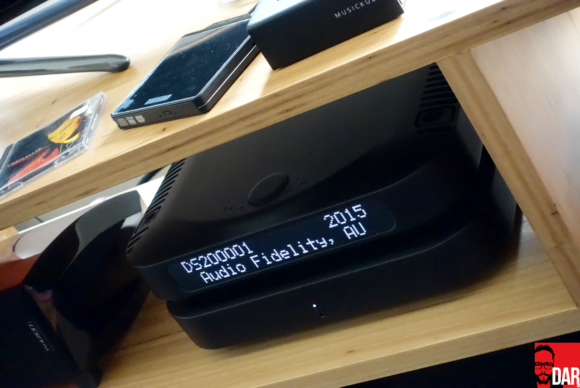 Then came the twist.

“Hey Barry – have you heard about the new US$90K MSB DAC that’s just arrived in Melbourne?” enthused I.

“You mean this one?”, came the smart-ass reply as Barry pointed to his hifi rack.

Unbeknownst to me, the Select DAC II home auditioner turned out to be the very audiophile pal with whom I was staying whilst down south for Devialet’s L’Original d’Atelier launch event.

The upshot? An opportunity to take this news announcement beyond press release dissemination, to chat to Ralston who was present for the install, to shoot my own photos and – of course – to grab a quick, comparison-free listen.

Barry’s system runs as follows: “The dual mono tube amplifiers are based on the Cymer SE-35 Southern Star but have been customised with all Dueland CAST caps and a copper chassis. A DEQX HDP-4 handles subwoofer integration and speaker correction. Talking of which: Bastanis full range drivers and Gemini dipole tweeters. The subwoofer amplifiers are Anthem M1.”

Before we get down to brass tacks, brace thyself: the Select DAC II is the highest of the high-end D/A converters – a zero compromise solution – and sells for upwards of US$89,900. Only the US$120,000 Light Harmonic Sire threatens greater bank account demolition but does it even exist yet?

A rare chance/close encounter with a DAC that attracts such stratospheric stickering is the reason why it sees coverage here. This isn’t a review but a proof of life.

And if MSB Technology’s decimal point positioning has you asking WTF, poised to let off steam in the comments section below, first consider this: you’re probably not the target market. Secondly, ask yourself if you’d feel such outrage at a car or luxury watch costing a similar amount? 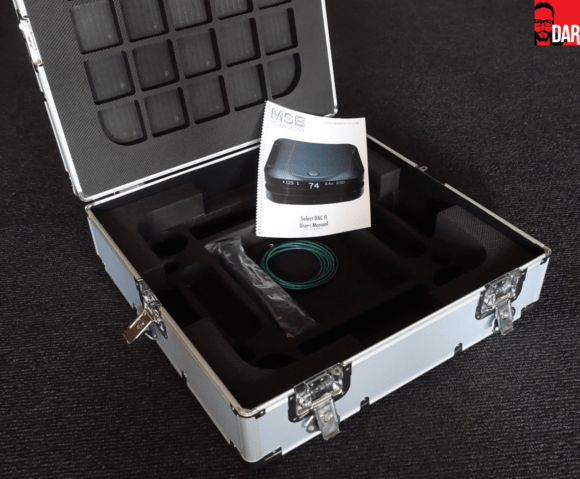 Listeners wanting to further separate analogue and digital power supplies can opt for the three box version in which a pair of single Select Power Bases sit beneath the decoder.

The DAC box’s implementation is modular and therefore goes someway to being future-proof. Looking at the rear panel, we see the leftmost socket accommodates either a balanced or single-ended output module with the remaining four sockets to the right given over to input modules. Your choice of two modules – USB, I2S, S/PDIF, AES/EBU and network streaming – come fitted as standard with the remainder optionable as needed.

The streaming module had me thinking about possible Roon Endpoint compatibility but here the Select DAC II’s USB input was fed by SGR’s own MusicKube file server.

When it comes to the business end of decoding digital audio, MSB don’t do delta-sigma. Theirs is a preference for multi-bit solutions, not taken off the shelf but built in-house and from the ground up using high-precision, laser-trimmed resistors. Eight of MSB’s own ’Hybrid’ R2R ladder DAC modules can be found slotted side-by-side inside the Select DAC II. 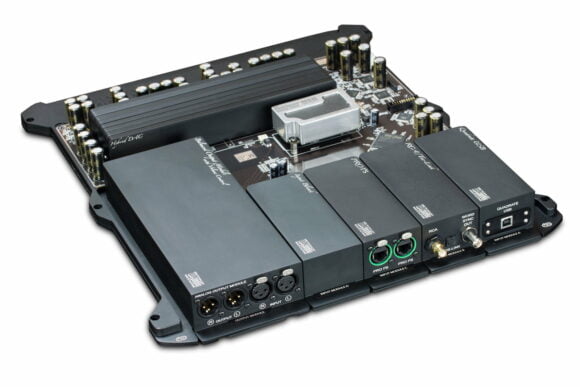 Those same modules not only handle decoding but allow for a direct-coupled output stage. With the Select DAC II acting as pre-amplifier via its digitally-controlled analogue domain volume attenuation, the signal moves directly from DAC module bank to power amplifier. Sharper eyes will note that the output module also features a single analogue input. Turntablists, come on down!

Furthermore, MSB challenge the notion that a digital audio data clock is best externalised, independently powered and then umbilically-linked to the DAC via a cable. Ralston point outs that the connecting cable’s inductance and capacitance, as well as internal reflections, can introduce jitter – the very thing we’re trying to eliminate in the digital audio world.

Instead, MSB’s Galaxy Femto clock is positioned as close as possible to the ‘Hybrid’ DAC modules. The twice precise Femto 33 clock is available as a user- or factory-installable upgrade.

On measured performance, MSB promise an effective resolution of 28.5 bits. However, the lower noise floor’s benefits are likely to be system dependent. The DEQX in use by Barry emits a hiss that’s close to audible from the listening position and potentially nullifies some of the Select DAC II’s improvements over his existing MSB DAC V. 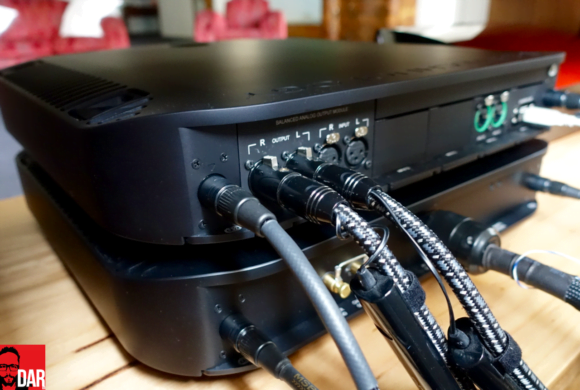 That said, there’s no mistaking the Select DAC II’s talents with tonal depth and body that isn’t artificially inflated such that it squeezes out the spaces between the notes.

The TOTL MSB sounds spectacular. Such enthusiasm is tempered by a caveat: I only get to hear this system two or three times a year. One would require a more familiar setup as well as immediate access to rivals product from the likes of dCS and Light Harmonic in order to properly substantiate claims that this is indeed the best sounding D/A converter in the world.

However, there’s no doubting Stuart Ralston’s belief that it is. You’ll need to get FTF to find out for yourself but FOS he ain’t.

Back to the press release: “If you want the best then look no further. The amazing musicality, resolution and clarity is too hard to resist if you’re serious about your high-end system. “Don’t miss out on your chance to experience the best conversion the industry has to offer. Your search stops here.”

At the asking price one would rightfully hope so too. A better manufacturer marketing video than this one wouldn’t go amiss either. 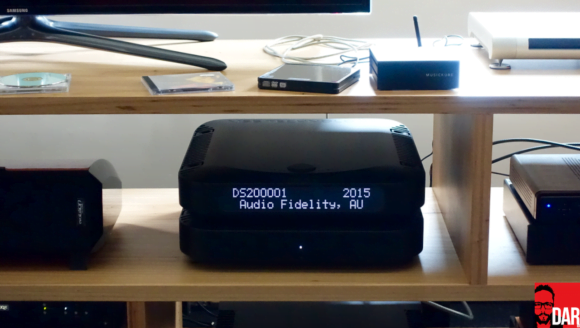 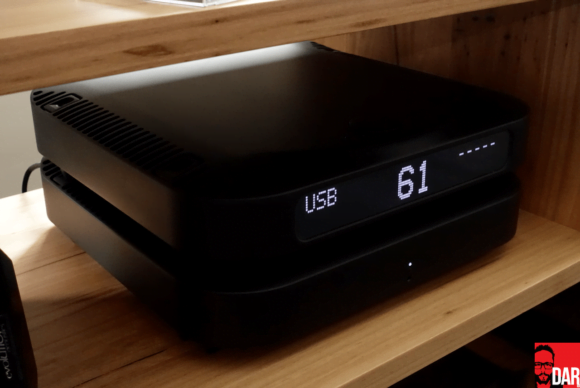 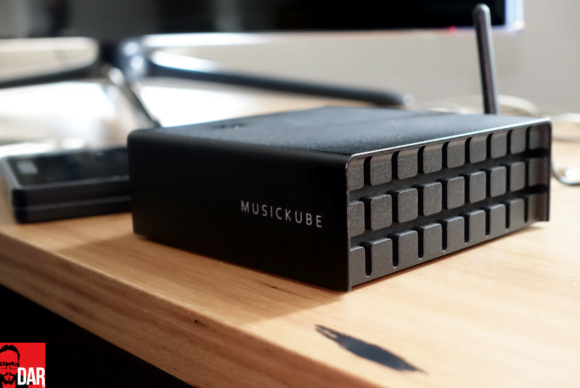 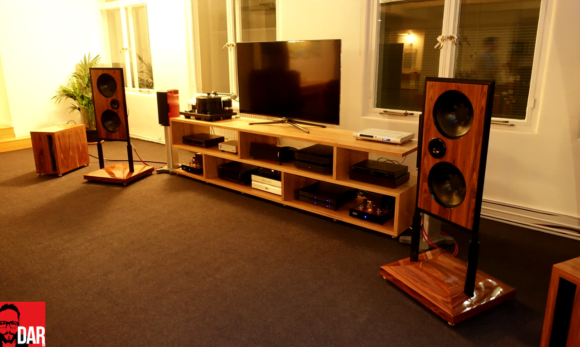 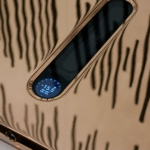 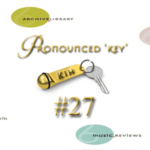