The audiophile world has an image problem. To outsiders it looks like a private spa dominated by well-off, white, middle-aged dudes (of which I am one). How’s a young/minority/poor guy/gal to relate?

And not all cashed up, middle-aged white audio dudes are the same. I’m 43 years old but still find it impossible to identify with: those would who refer to electronic music as ‘doof doof’; who are appalled by hip-hop; who reckon modern music is crap and that they don’t make songs like they used to; who insist that high-end audio is the sole pursuit of recreating a live event in one’s listening room; that such a pursuit is the preserve of the wealthy; who claim MP3/Spotify/Bluetooth to be unlistenable. Shorn of pragmatism all that we often see is the size of their snobbery. And salary.

Would it not behove all audiophiles to step outside of their niche to take in the view once in a while: that we are the 1%-ers of the sound world; that 99% of people don’t see better sound as a priority; that the 99% can’t (or won’t) afford most of the equipment involved; or that they haven’t been exposed to such hardware? Also that 99% of the world have never heard of Diana Krall or Chris Jones, let alone listen to them. Click here for the 20 best selling vinyl albums (in the UK) throughout the last two decades. Here’s a top 10 list for vinyl sold in the USA in 2015:

These were mainly purchased by millennials. It’s the under 30s that are driving the vinyl revival so often paraded by audiophiles as irrefutable evidence that young people care about sound quality. I’d ask you to look deeper than the format and consider the turntables they’re using to spin those records. 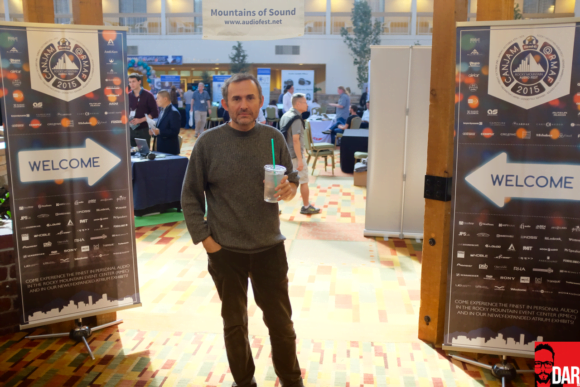 Put your hand up if your know someone who listens to music at home through their smartphone’s tiny speakers? Or through a Bluetooth speaker like the UE Boom? Or through a soundbar? As much as some might be lost causes, not everyone should be treated as such. Some people just need the right kind of engagement – a hand down from a more experienced listener willing to share his/her passion and wisdom.

And like all powerful brands, that engagement need not always be intellectual. Every advertising executive worth his salt knows that consumers make decisions more on emotion than logic. Case in point: Beats headphones sold because of the potency of their brand ambassador, Dr. Dre, and less on sound quality alone. Showing equal skill with broader market engagement but on a different emotional plane we find Bose, Sonos and B&O.

Should high end audio consider something similar? Should it not put the snobbery to one side and wise up to a little populism as a more successful hook? Populism that transcends income bracket, gender and race.

As many audiophiles know, the gulf that sits between high street electronics retailers and high-end audio shows and retail spaces reflects each manufacturer’s promotional ability and public image grooming as much as it does engineering skills and ultimate sound quality. How about some Kendrick Lamar vinyl in that shop window? N.W.A. too. Is Taylor Swift a tay too far? 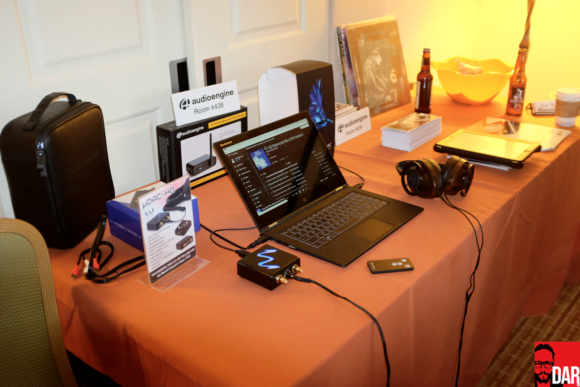 If the pursuit of better sound can be likened to movement up and down a ladder, the question is: is the ladder that of a New York loft fire escape complete with a pull-down lower section or is it an old-school window-cleaning lean-to finding security on terra firma? Show regulars like AudioQuest and Audioengine already challenge the notion that the high end scene doesn’t jive with high-turnover/low-margin goods that promise more mainstream appeal.

In an attempt to complete the lower end of the ladder at Denver’s Rocky Mountain Audio Fest this year, show organiser Marjorie Baumert sectioned off three rooms to feature three exhibitor agnostic systems that met the budget brief of less than US$500, US$1000 and US$1500. The specifics can be found here.

The concept hatched by myself and Steve Guttenberg in late 2014 turned out to be better in theory than execution. Two of the three rooms were staffed by Baumert’s show helpers whose remit turned out to be more caretaker than host. With gear plonked on tables and a million miles from proper setup, these spaces felt a little unloved. Something for Baumert’s consideration next year?

Abhorring a demo vacuum, the fellas from U-Turn went full cuckoo — they appropriated the $1000 system room as their own. Audioengine’s active monitors were positioned on speakers stands and fed by U-Turn’s own super-affordable turntable and phono stage. By the time I stopped by on the Saturday the room had taken on an energised, youthful vibe. Not one of the U-Turn turntabling trio is over 30 years old, presumably similar to the demographic at which their product line is aimed.

Tying the affordable audio angle together was a Friday afternoon seminar hosted by yours truly. Joining me on the panel were four industry audiophiles whose musical tastes span indie rock, hiphop, IDM, techno, progressive rock, AOR and chill wave. Not one of ‘em refers to anything as ‘doof doof’: the Audiophilliac Steve Guttenberg, AudioQuest’s Kathleen Thomas, David Solomon (ex-Tidal, ex-AudioQuest, now with Audioengine) and Tidal’s Pal Bratelund.

A video of this seminar has since made its way onto the RMAF YouTube Channel:

I opened proceedings by showing how big dollar boxes and their listening room intrusion tend to render the audiophile conversation top heavy, particularly at shows, and that engaging the young and the curious is fundamental to the audiophile niche’s survival. The entry level not only fosters new connections but it keeps the high-end honest.

Now ask yourself: what’s wrong with the UE Boom, the Beats Pill or even the Sonos Play:1 so often favoured by those who have yet to experience better sound? Zero points for calling out “Bluetooth rubbish” or “MP3 nonsense”. Lossy transmission protocols are of secondary concern here. What’s missing is good old-fashioned stereophony. Separation of left and right channels that exposes the listener to music that appears to float between the speakers.

Thankfully a second UE Boom or Sonos Play:1 returns our casual listener to the magic of stereo. For a superior result with the same cash one might the Dayton Audio B-652 Air (US$59.80/pair) with a suitably affordable integrated amplifier like Emotiva’s Mini-X A100 (<US$219). Such a system’s audio holography would run rings around any monobox, Bluetooth or not. To criticise the Dayton Audio standmounts for a frequency range peak here or a dip there is to miss the point: that a newcomer’s return to stereo imaging must take place before the discussion can move to source quality. 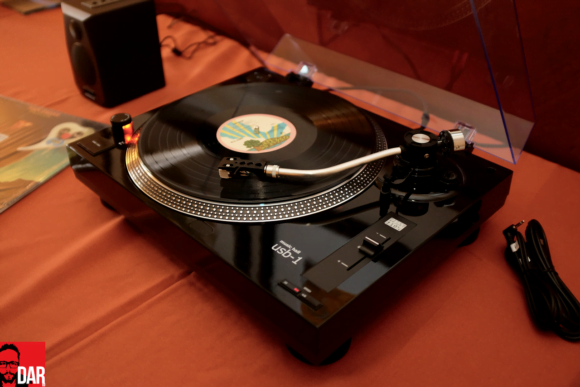 Only when our entry-leveller has speaker positioning dialled in should s/he look to upgrading the system’s digital front end with a USB DAC like the AudioQuest Dragonfly v1.2 (US$149) or Audioengine’s Bluetooth-streaming B1 (US$199). Alternatively, vinyl spinners can get up and running with a turntable from U-Turn Audio for upwards of US$179. The most excellent Schiit Mani phono stage lands at one’s door for US$129. Music Hall’s USB-1 has an in-built phono stage.

Hats off to Marjorie Baumert for recognising that for the uninitiated diving head first into the deep end is both unnerving and fraught with financial risk. Every public pool needs a shallow end so that young’uns and newcomers can learn to swim in a depth that’s suited to their comfort zone. Only then are incoming audiophiles likely to move into deeper waters. Or up the ladder.

I am extremely fortunate that this job has me travelling the world to cover audio shows and chair seminars on more affordable gear. The unfortunate side effect is a ringing between the ears – the sound of white, male, middle-class privilege.

We shouldn’t have to apologise for who we are but we do need to recognise ourselves clearly if we are to expand our reach. If the audiophile club wishes to grow its membership, it would do well to move its public image – and therefore market appeal ($$$) – beyond that of a private members club for middle-aged white dudes with pre-retirement wallets primed for one last major hardware spend.

Time to check your privilege. 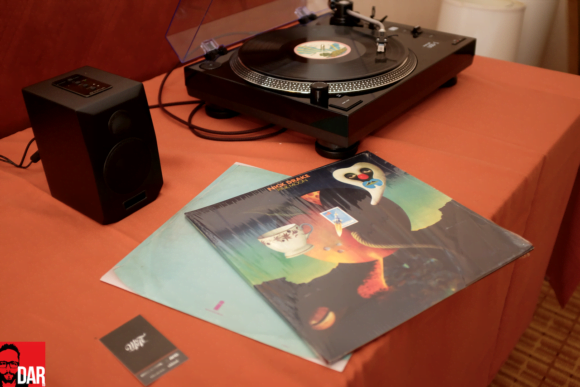 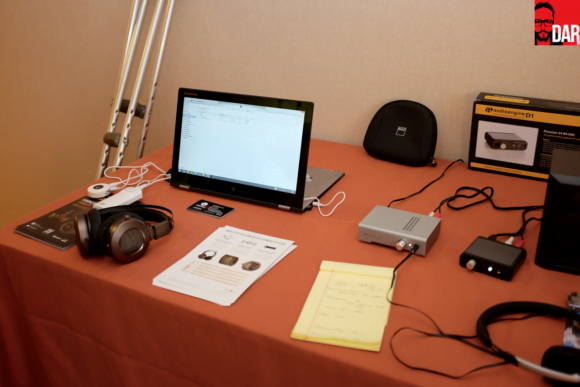 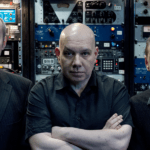 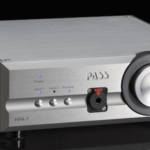