The local market will have access to this player for JPY59,800 + sales tax. At roughly US$500 at today’s exchange rates, that’s less expensive than elsewhere in the world.

Those playing at home will recall that Onkyo took ownership of Pioneer’s Home A/V division around eighteen months ago. And yet this hasn’t prevented Onkyo’s own entirely distinct team of engineers developing their own DAP.  Two DAPs from effectively the same company is precisely why both units shared the same floorspace at the Tokyo headphone event. I suspect Onkyo will be leveraging their brand’s heritage to a greater extent than Pioneer in the more progressive portable audio sector.

The Onkyo DAP (JPY69,800) doubles up on the Pioneer’s single (-ended) ESS 9018K2M decoding chip for 2.5mm TRSS balanced output (150mW into 32 Ohms) as well as something called Active Ground Control mode that sees the DP-X1’s twin decoders run in serial when dispensing a single-ended signal (75mW into 32 Ohms) via its 3.5mm socket.

After a vanishingly brief listen to each unit via its single-ended output (Bon Jovi!), I’d peg the Onkyo has having the slightly cleaner, better delineated sound. In my photos, the Pioneer is the white unit.

Both DP-X1 and XDP-100R share the same internal PCB topology: an Android board is ribbon connected to an entirely separate audio board. However, the Onkyo is loaded with twice as many power conditioning capacitors (8 vs. 4), offers a longer lasting battery (16 hours vs. 10 hours) and does away with the Pioneer’s detachable protective bumpers.

Both units offer 32Gb of internal storage and twin microSD card slots. And yes, both will decode MQA data streams. 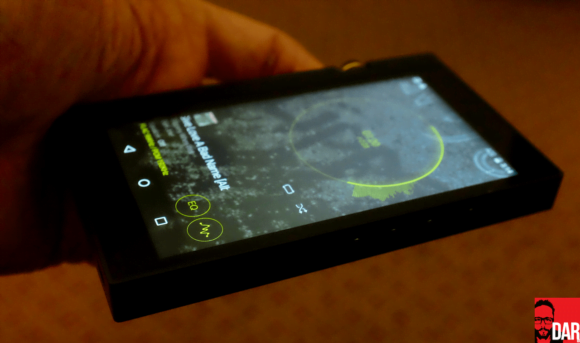 From a UI perspective, each player could not be more different. The Onkyo’s ‘circular’ design looks and feels more elegant than the Pioneer’s more traditional menu-driven operation but I wouldn’t say one was better than the other. This is where personal preference strides into view.

The Onkyo DP-X1 and Pioneer XDP-100R will each be available worldwide from mid-late November but with the Onkyo device coming in at JPY10,000 more than its Pioneer cousin, I’d peg the former as having the stronger market potential.

The real story for this commentator on-the-ground though wasn’t only the products themselves but room attendees’ patience in getting hands-on with each DAP and/or enjoying Q&A time with members of each company’s DAP design team.

Pioneer/Onkyo’s Japanese marketing man Tak Kai talks us through the goings on:

In front of each engineer a tiny hour glass ticks away time slots and therefore keeps the downstream queue moving; a queue that stretched along room’s the far wall and into the hallway. Time to wait often tipped two hours. And I thought demand for the VentureCraft DAP was strong. ‘Twas obvious to anyone stopping by their room that Onkyo and Pioneer are playing in a different league.

Like Sony before them, Onkyo/Pioneer possess the financial muscle for proper economies of scale and deeper market penetration in a segment hitherto dominated by smaller fish, potentially transforming the portable audio player space into something more relevant to – and more affordable for – the man in the street. 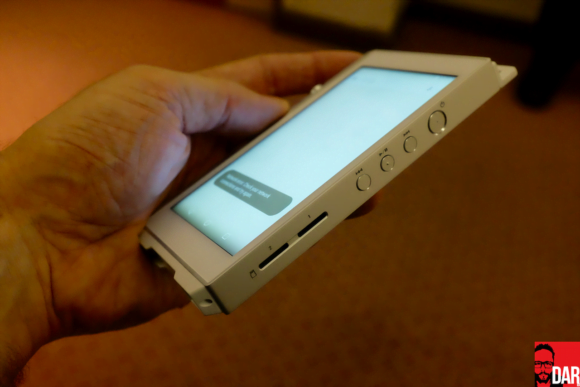 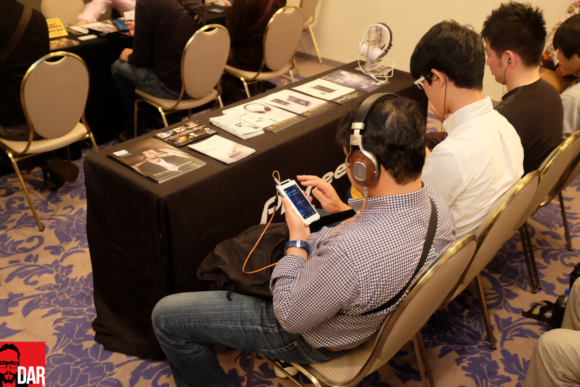 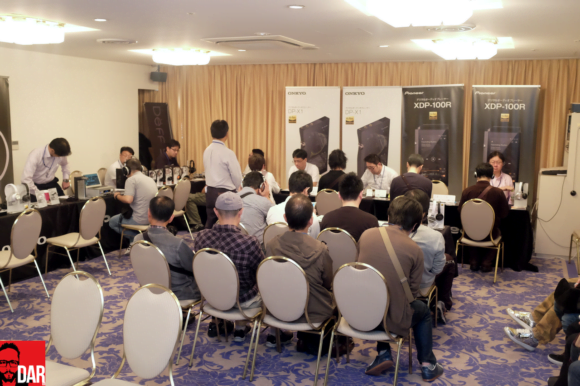 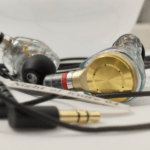 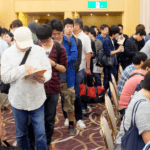