Shylock with the Sherlock. Shakespeare’s Merchant of Venice character has become synonymous with money lenders and loan sharking. Sir Conan Doyle’s Sherlock Holmes remains the master of deduction if occasionally brain-addled by cocaine, morphine or opium. Featuring both on the same bill—ladies and gentlemen, please welcome–and we get to a certain hifi ill faster still. Drums rolls, please, as our characters square off on stage.

Exhibit one. “I wanted to give you an update about how things are with us. Trying to attract distributors with our $X price was getting us nowhere. Despite sending out samples to about a dozen potential distributors, we didn’t get a single preorder and heard a whole lot of ‘too expensive’. On the few occasions when the distributor was interested, the answer came back negative once they consulted with a few dealers. One distributor rightly said how this was bizarre considering that the same dealers sell cartridges for $5 or even $10k.

“It became clear that a lot of customers interested in hifi are younger than the traditional audiophile. This opens up the industry to a wealth of new customers. However, many of these new customers have different pricing expectations. They’re more used to 10-30% margins, not the 60-70% common for audio products. They’re also more likely to shop online and buy products based on reviews and what they see on social media. They’re savvy, do their research and know when they’re getting a good deal or not. Bottom line, these younger customers are not willing to spend the kind of money that used to be common in the industry. 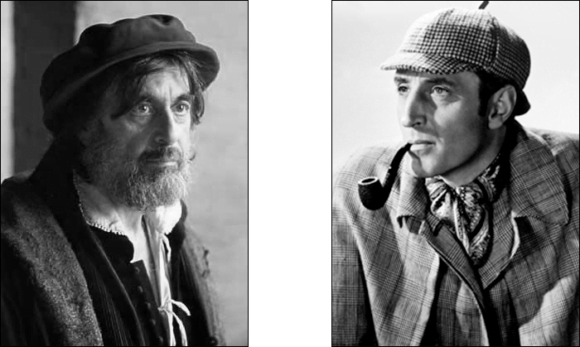 “We had to revise things if we wanted to maintain our product’s exceptional quality in line with the market’s pricing expectations. The option we have chosen is direct selling, both direct from our website as well as direct sales to dealers, with an MSRP of now $Y not including taxes. This represents a $1’000 difference from the old price, not insignificant. We are increasingly convinced that this is a must for a more mainstream product. Devialet direct sells their new Phantom for similar reasons. The market is changing and the high-end audio industry must start to adapt if it is to continue attracting new customers into the fold…”

This intro was followed by letting me know of a pending KickStarter campaign in which they had to sell at least 100 units to remain solvent but 200 would be way better. And, they’d need all the help they could muster to announce their funding campaign across as broad a swath of consumer awareness as possible. I told them that the 6moons newsroom was closed to vaporware fishing expeditions; but that I would pen a postscript to my review to announce the revised marketing approach and resultant price drop.

Exhibit two. A forum thread discussed HifiMan’s upcoming HE1000 lookalike headphone which would become a more affordable spin-off model. A poster got stuck on reports that the company’s brass were meeting dealers and distributors to decide what this model would sell for. His objection? Price setting seemed entirely arbitrary. “Why ask their dealers what it should sell for? Do dealers have any clue about what it costs HifiMan to build it?” 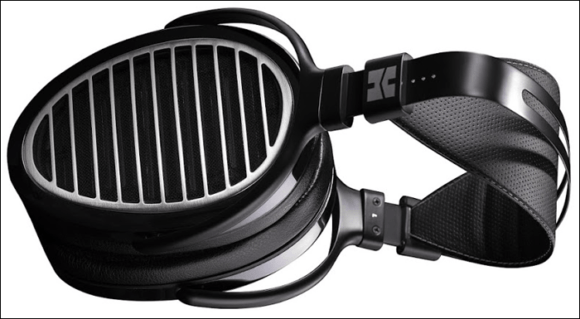 Exhibit three. “Could you please change the price of the XYZ in your review to +ç*%? I way underestimated EU and US distributor/dealer margins. They are much higher than we expected.” I had to explain to the emailer that we can’t retroactively reset pricing. It’s why our reviews are clearly dated. What happens to a published price six months or two years after we went to press really is no concern of ours. Because this type request happens routinely, this exact quote opened a brief 6moons industry feature called Dead in the Water. It was about new manufacturers who fail at due diligence on hifi’s established margin structures. As a result, the price which publishes with their first review renders their product an effectively dead duck in the water once eagerly awaited first dealer/distributor inquiries arrive. The maker miscalculated on a few profit layers. Now distributors are expected to operate on a 5% profit margin; or high-street dealers on 20%. Because of the maker’s miscalculation, resellers aren’t interested. That’s when web publishers are asked to adjust their pricing. What such makers fail to factor entirely? Review comments, even awards, are inextricably tied to price. How could we possibly rewrite an entire review’s tone, bleed out some or all of the writer’s enthusiasm and delete an award that was based on a different price/performance quotient altogether? In truth, all of that might be necessary to accompany a new price. That’s why due diligence on final retail pricing must be done before not after the fact. 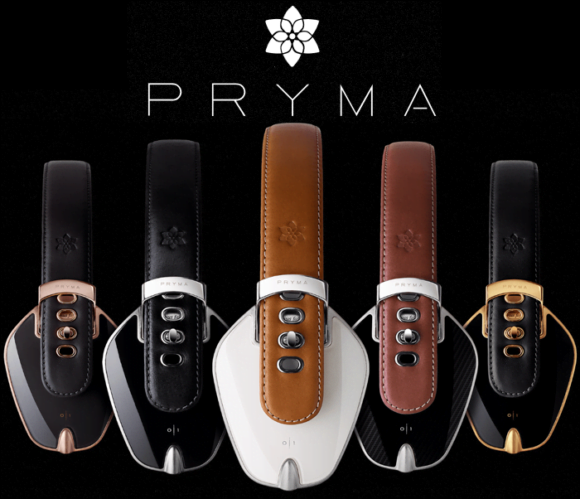 Exhibit four. As explained in my review of Voxativ’s 9.87 system, it was marketed at €20’000 when I was first approached to accept the assignment. I thus penned the introductory three pages based on it. By the time Voxativ returned from RMAF 2015 and my loaners arrived, the published price had skyrocketed to €29’900. This pulled even with how their US distributor had set the American retail in the interim. I don’t have to explain just how massive a 50% price adjustment is; especially for a just-launched product. Does our razor-sharp Sherlock on stage have any advice? “Watson, we’re so not taking this case. It’s far too primitive. It holds zero interest to my advanced deductive skills.” How about the shady Shylock? “Everyone needs their pound of flesh. So what if it’s a few kilos? People have different appetites. I like my meat bloody inside.”

Exhibit five. From the 6moons news room: “The Fine Sounds Group opens World of McIntosh, a “multi-million dollar townhouse in NYC’s trendy Soho” to become a flagship experience center for the company’s family of brands, i.e. Audio Research, McIntosh, Pryma, Sonus faber, Sumiko, Sumiko Subwoofers and Wadia.” This shows how one well-financed hifi conglomerate perceives the way forward: flagship stores in strategic locations to meet their intended clientele head on. Bose, Bang & Olufsen and Sony have gone down the one-brand shop road before. In Asia, Goldmund distributors and dealers often operate dedicated one-brand stores inside very upscale shopping malls. This bypasses the need for press and review exposure. If you shop these luxury malls, you’re bound to see their showrooms. What happens next depends solely on their decoration and layout to invite you in; then on the sales staff and their presentations. 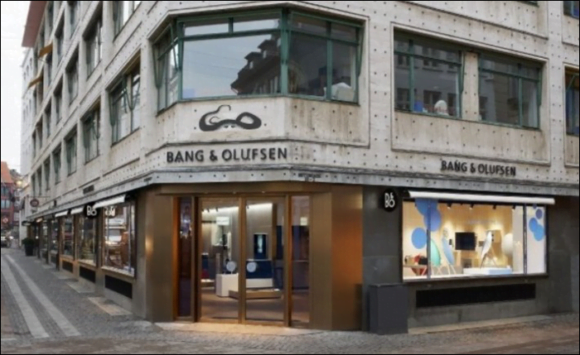 This solution is clearly only for full front-to-back hifi providers like B&O or Goldmund; brand conglomerates like The Fine Sounds Group; or seriously bankrolled companies like Devialet who’ll cherry-pick product to augment their own wares in posh locations. What can artisanal audio entrepreneurs do? Recent expat and black cable cat Chris Sommovigo maintains the After Hours Audio club where members have access to small custom runs of affordable cables. Companies from Digital Amplifier Company to ModWright to Vinnie Rossi support and maintain blogs and forums. Here they interact with and respond directly to their customer base, including soliciting feature sets for new models. PS Audio’s Sprout was exclusively crowd-funded. Even so, this established and experienced firm still overestimated market response to their final $799 retail. It subsequently was dropped to $499 to move more volume. 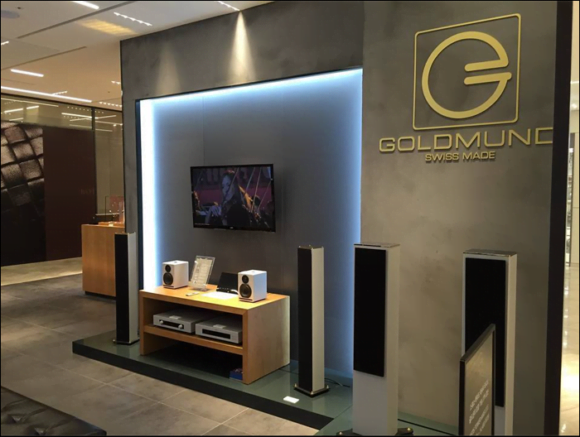 Goldmund’s Job Sys division is another back alley into the eternal quest to find new customers. Here circuits a generation or two removed from the most current iterations are repackaged into far more modest casings to sell factory direct, at about a 75% discount from what their equivalent dealer-sold siblings sell for. That theme only sings if you’re well established and hotly desirable already. It’s not an avenue open to newbies. As you see, it’s easy to finger point at obvious ailments. It’s far harder to devise workable solutions. Despite it all, the influx of new brands at high prices goes on.

Exhibit six. From Art Dudley’s Stereophile coverage of the 2015 New York Audio show: “The day after I met manufacturer/industrial artist David Stanavich, it dawned on me why I was so taken with his Waxrax record racks: These sturdy, stylish, steel-and-aluminum structures resemble the shelving in my elementary school’s library, ca 1960. If I could, I’d fill my home with multiples of the Waxrax LP-V3 tower seen here (LP capacity: 550). But at approximately $4’000 per unit, depending on finish and options, this Brooklyn-built rack is too pricey. (To store 550 LPs for $4k works out to over $7 per record—which is more than many records themselves are worth.) Another item for my When-I-Win-The-Lottery list, next to the Porsche Maccan and the house on Martha’s Vineyard.”

Exhibit seven. From Dan George Communications, this press release dropped into my inbox minutes before I hit ‘send’ to John Darko. “Eclipse, the high-performance loudspeaker division within Fujitsu Ten, the multi-billion-dollar global technology giant, has made its TD-M1 high-res audio wireless desktop system more affordable than ever before, thanks to a dramatic price reduction of 20%, following favourable currency conditions in Eclipse’s native Japan. Now at just £799, the formerly £999 TD-M1 system brings audiophile sound quality to desktops, workspaces and a multitude of rooms around the home for less. There’s never been a better time to upgrade the workspace and just in time for the festive season!” 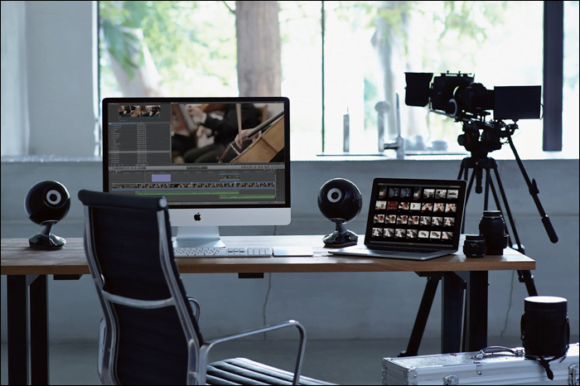 Even to contrarious Watson, the message seems crystal. We really need lower prices to appeal to the audience we claim to pursue. Selling direct is one avenue that’s wide open even to tiny makers who lack the scale of operation to lower their per-unit production costs versus Big Corporate. Using social media for guerrilla marketing costs next to nothing. It does however require persistence and serious networking skills. Having a Facebook page which nobody reads and which was last updated a year ago won’t do. Using web-based publications like DAR and my own to get product reviewed and presented to a global audience can’t be completely free or we’d go out of business. But it can be a lot cheaper than traditional print media due to our far lower operational costs.

1+2+3+4+5+6+7=? In the end, the existential requirement for ongoing strong marketing and its needful dominance over the actual hardware continues to vex companies that are run by tinkers and bona fide engineers. Carved into the bones of hardware creators is a stubborn though often uninspected belief of ‘build it and they’ll come’. As the perhaps only certainty in all of the above, that’s clearly not the case. It’s an illusion predestined to failure. Marketing is at least 50% of the recipe to success. In actuality, for marketing and branding, 75% are probably closer to accurate. If you make stuff, want to sell it but can’t swallow that, you probably have no business being in business… 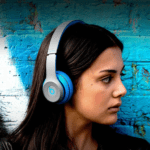 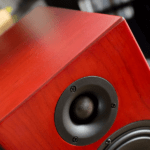