iFi Audio is the daughter company of Abbingdon Music Research (AMR) and since its inception in 2012 has become well-known for its small, robust and sophisticated series of “Micro” devices, marked by letter “i”. Like Apple’s iPhone, each iFi unit introduces itself.

I’m already well versed in iFi’s devices. Throughout 2013 I wrote a huge review on a Ukrainian website about each of the iDAC, the iUSBPower and the iCAN.

The iPurifier (US$99), as you may see from the name of device, has is in the purifying business, specifically filtering the USB bus where the manufacturer promises to decrease EMI noise from its average 39dB to 34dB. What is 5 dB? It’s a quarter of a whisper or one third of a needle hitting the floor. If you can hear it – my congrats – you have dog’s hearing.

iPurifier also cleans and filters the audio signal and power supply line (5V) and, as declared by iFi, it’s ready for all existing and future PCM/DSD/DXD formats.

Unpacking
A small cardboard box with technical details on the sides. Quite predictable for iFi. 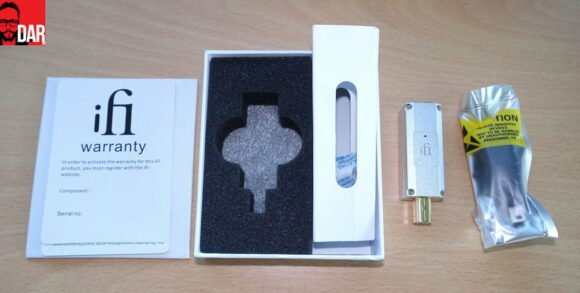 At home, I have a rather serious DAC. Actually, it’s not DAC. The manufacturer calls it a “Digital Processor” hence AMR’s naming convention – DP-777.

However, for the first part of the review I used my travel system. Why? Two reasons:

The first reason: would there be sense in applying the iPurifier to the DP-777 when galvanic isolation of the digital signal is already taken care of? AMR’s Ukrainian dealer told me about it when we discussed the DP-777’s functions. He intended for me to use the iFi iUSBPower with the DP-777, not the iPurifier – but what is the difference? I found something on AMR’s website. Consider point number 3 on “decoupling”.

Anyhow, life is a big game and I installed the iPurifier between USB Cable and DP-777 all the same. The local dealer was on to something though. I heard diminished dynamics with symphonic orchestras, less air and less resolution. The iPurifier proved to be overkill here. 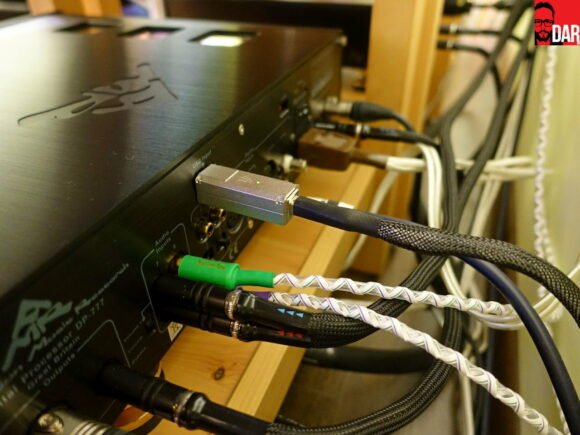 The second reason: my travel setup is quite decent. First of all I use Genelec 8020B, a professional studio-monitor for near field. I call it “No Mercy” as it reveals the mistakse of singers and any falsehoods of performers. Also, taking up DAC position was a very interesting professional device from Germany’s RME. You might think of it as an external sound card and you’d be right, but that’s only one of many functions that this small device can execute. The Babyface is a 22-Channel, 192kHz, bus-powered, USB audio interface. Oomph!

I applied two tweaks to the Babyface: vibro-absorbing material on all internal chips and capacitors and a cable that took 15-pin VGA (output of Babyface) to male XLR connectors via 6 feet Canare L-4E6S. 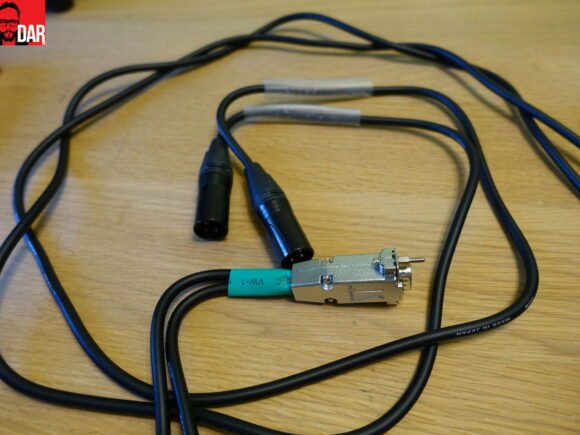 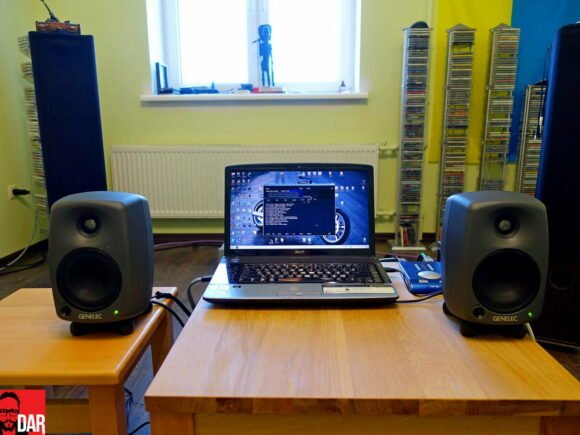 USB Cables
I have to hand two top-cables: WireWorld Platinum Starlight (1 m) and Sound-YP, model Master SE (1.35 m), a Ukrainian brand whose power cable I have been using for four years now and with great results.

With only one iPurifier to hand I decided to proceed with  3 step audition programme:

1. Installing iPurifier between Babyface and laptop with the Genelec 8020B on speaker duty

2. Installing iPurifier between Babyface and laptop but hooked up to my big system

3. To try the iPurifier between external HDD and computer

Construction
iFi’s iPurifier looks like a whistle with USB connectivity and a green LED. Another piece of the puzzle can be found in the box packed in plastic with a warning: “CAUTION static sensitive devices not be handled by unauthorised personnel yx”. (What is “yx”? I have no idea.) I can only assume that this spare part should be installed in the iPurifier chain if its LED refuses to show signs of life?. The manufacturer’s website brought little clarification. Ditto box and included documentation.

Auditioning
For software playback, I use Fidelizer 6.8 and Bug Head Emperor player, version 5.38. My PC is a very old laptop. An Acer Aspire 6920G with Duo-Centrino Processor and 4Gb of RAM only. Better results would no doubt be achieved if I were to use a modern, more powerful PC or laptop as the Bug Head Player is as hungry for RAM as a wolf in the winter forest.

I listened to test compilation fully without the iPurifier in the chain – and then with it. I took no notes to remark on the same – the aim of this first test was simply to get a general impression. For the second part I would make changes to my methodology… 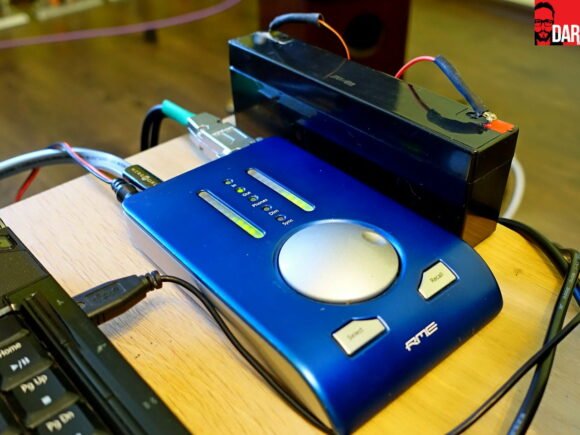 Here, I moved on up to the big system. The Ukrainian Sound-YP would take on USB cable duties whilst the RME Babyface would see power by from the wall adaptor (and not USB hub) with DC output 12V-1250mA. The same XLR cable Canare L-4E6S would take decoded audio to a T+A A1500 power and then onto Audio Physic Avanti loudspeakers via Acoustic Revive SPC Reference cable.

Here I played one track without iPurifier, then installed it to the Babyface before listening again. Notes were taken regarding any changes in sound. Then – next track. A time-consuming process? Definitely, yes! Tiresome? Well, it goes with the territory for any serious audio observer.

Listening tests
After a setup-defining preamble we get to the comparo. What exactly did the iPurifier bring (or not) to each track on my test ‘disc’?

Track 3 – Andrea Bocelli Con Te Partiro (Andrea Bocelli – Romanza (XRCD)) – partial materialisation of singer in my room. Do you want full? Not possible when spending only a single Benjamin Franklin. 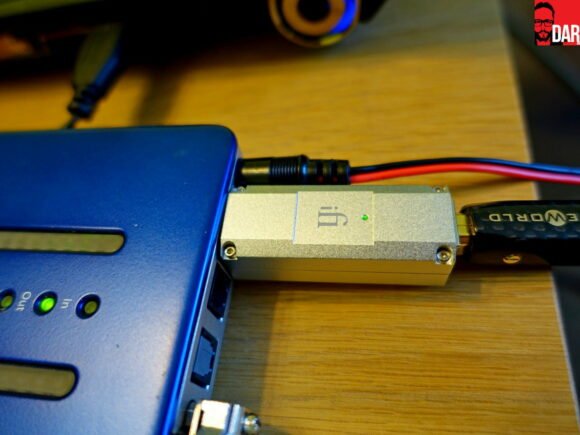 Track 5 – Vysotsky Koni Priveredlivye (Vladimir Vysotsky – Izbrannoe (1974-75) – Melodiya) – There is one place in this cut where the singer checks in with angel voices. On a good system I always get the full set of goosebumps. On a great system  the result can be better: those goosebumps can move from head to heels several time over! And those goosebumps can be like those of a horse! Ya feel?

Track 6 – Peter Gabriel Mercy Street (Peter Gabriel – So – Geffen Records) – I’ve been simply discouraged trying to describe effect from using iPurifier on this track. Indeed, every good system will show two voices – Peter Gabriel and Tony Levine. They sing in unison by intervals. On a less revealing system you will hear only one voice!). But I guess I could understand Gabriel’s plan only now – Levine’s voice is there to act as the substrate for Gabriel’s crisper vocal turns. These two vocals should sound together but not merged. Unity of 2 voices. That’s what vocals get with the iPurifier.

Track 7 – Eagles Hotel California (Eagles – Hell Freezes Over – XRCD) – I couldn’t stop listening to this track, so natural was the sound. 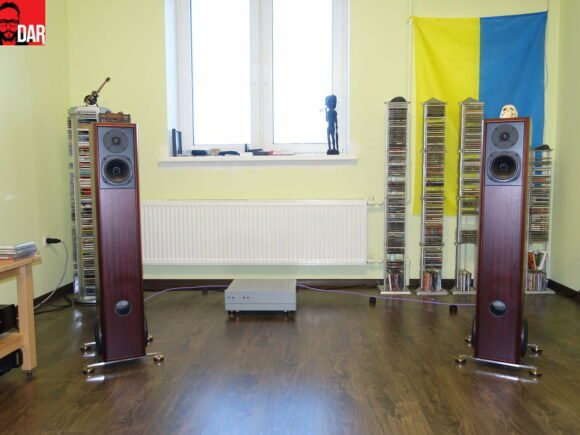 Track 9 – Peter Gabriel Growing Up (Peter Gabriel – Up – Real World) – harsh fading of ride cymbal (01:10) dissipated and now smoother. I heard it once before but not in my system. This is how it should be I think.

Track 12 – Metallica Wherever I May Roam (Metallica – 1991 – Elektra) – bell on 00:19, ahh, super-tink. Dark atmosphere on this track. You can feel through your skin because this singer is gonna roam hell eventually. 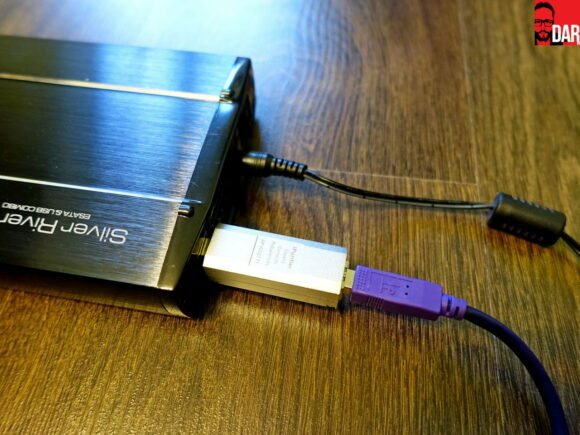 3. iPurifier between external HDD and Babyface

Two further comments
With iPurifier installed between USB cable and DAC any connection-disconnection of the USB cable at the laptop end did not lead to “pooh” in the downstream speakers. Even so it can indirectly judge the ability of iPurifier to isolate power lines in USB line.

With hi-res recordings (24bit/176.4kHz) the iPurifier works as it did with Redbook material.

Conclusion
The iPurifier will (more likely than not) improve the sound of your digital audio system in almost every respect: more resolving, wider and deeper soundstage, airy on good quality records. That sums to greater emotional wallop and more comfort. I remain astonished by one human being’s genius to create such miniature thing with an ability to change the sound to such a degree. Highly recommended, especially for use in an entry-level system between DAC and computer! Worth the US$99? You know it. 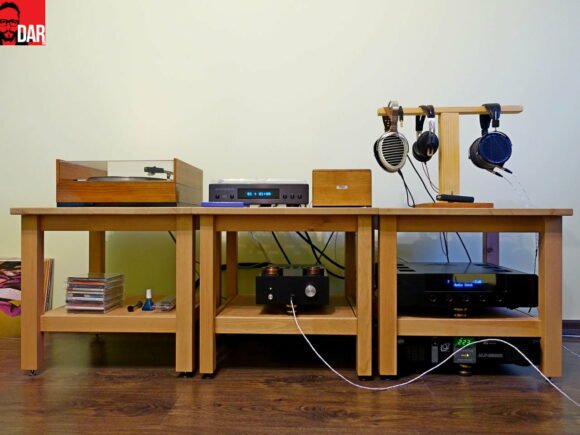 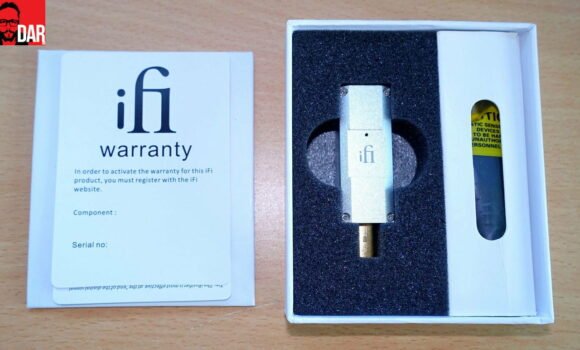 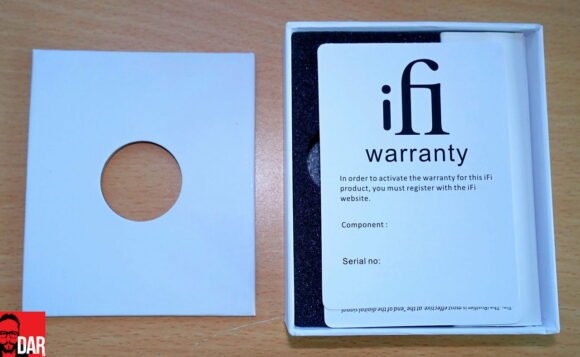 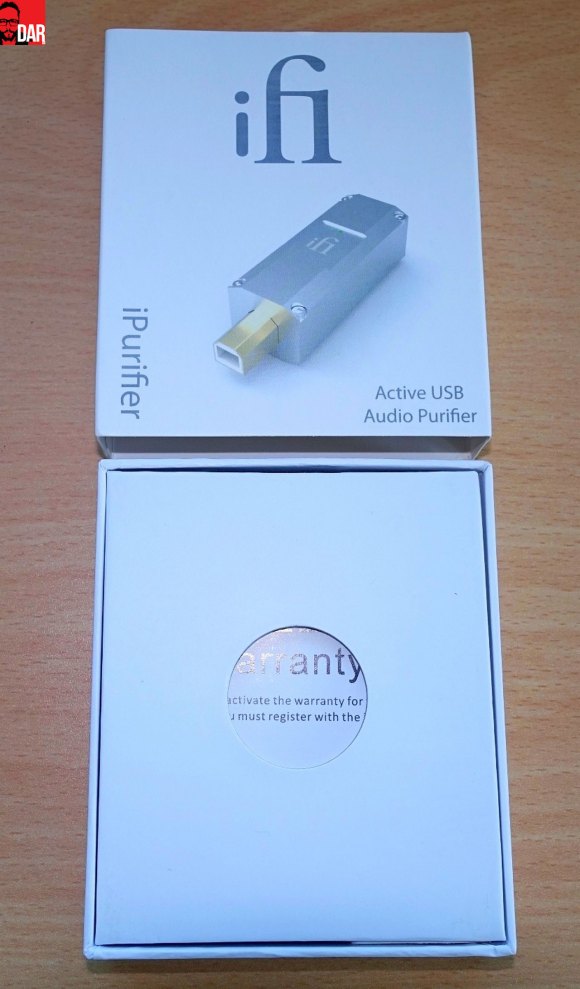 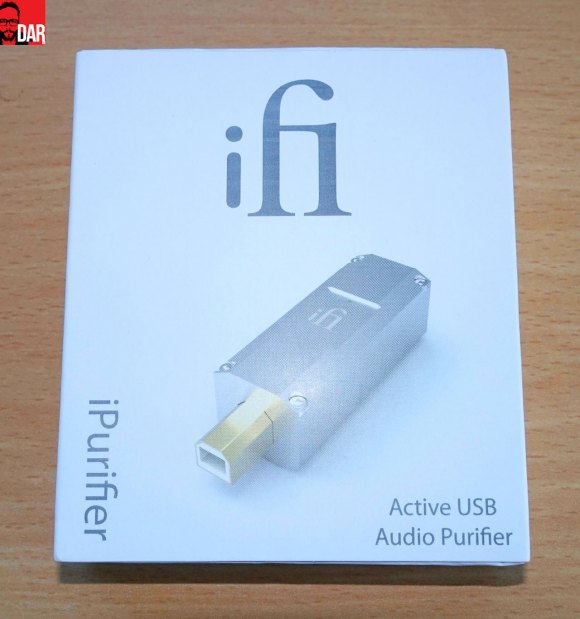 Music lover from the cradle, Sergii is a head-fier, vinyl man and fanatical audio tweaker. He works as a deep sea captain for the largest shipping container company in the world and has visited more than 100 countries. When not at sea, Sergii resides in the Ukraine's Kherson City. English is his second language but Sergii's reviews are presented here in unedited form in order to preserve their unique 'you are there' vibe.