We’ll wrap coverage of the Autumn 2015 Fujiya Avic headphone festival by getting closer to one of Japan’s more intriguing IEM manufacturers, about which comparatively little has been committed to pixels outside of their native Japan.

FitEar came to life by accident in 2001 when the (then) hearing aid engineer Keita Suyama, a self-confessed Apple nut, purchased his very first iPod (1st gen, 5Gb rotating wheel) and modified the accompanying ear buds to better fit his own ears. Buoyed by the success of this self-customisation, Suyama-san later extended his modifications to a pair of Shure IEMs. And so FitEar was born.

Fourteen years later and the company still hand-make their range of custom and universal in-ear monitors at a tiny Ginza-based workshop.

Glance at company President Keita Suyama’s business card and the plot thickens: his place of business is listed as “Suyama Dental Laboratory Co., Ltd”. FitEar IEMs utilise a production method extremely similar to that used to manufacturer artificial teeth, which are also made on the premises!

FitEar’s production levels are anything but high. Third party sources reckon that wait times of up to a year are not uncommon; possibly one reason why FitEar retreated from selling via ALO Audio in the USA. The Japanese manufacturer just couldn’t keep pace with demand.

In their home country of Japan, where most sales are made, FitEar are reputedly number one for IEMs when it comes to the crunch: out-and-out sound quality.

One might also assume that demand for their custom model’s bespoke fit and superior noise isolation would easily outstrip demand for universals. Not so. Why? Because you can’t on-sell a custom fit earphone. Japanese audiophiles enjoy the thrill of the chase (of better sound) just as much – if not more so – than Americans or Europeans which makes for a fast churning, domestic used IEM market. FitEar’s sales are therefore split evenly between customs and universals. 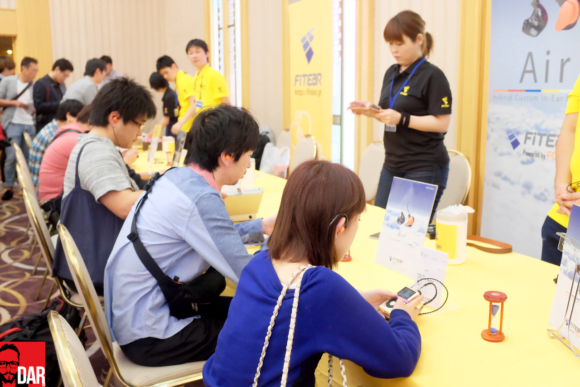 At the Spring 2014 Fujiya Avic headphone festival, FitEar launched the fitear, the company’s third universal fit IEM. Their refusal to divulge just how many balanced armature drivers had been specified for its internals caused a little consternation with consumers used to having it all their own way: all of the info, all of the time.

The Air’s 3D printed shell features both dynamic and balanced armature drivers. On the specifics of how many BAs, our host (again) will not be drawn. “At least one of each,” is the only bone thrown in our direction. Little wonder queues to audition the newcomer were strong for most of Saturday. I couldn’t even get near the table for a sit down until well into Sunday. 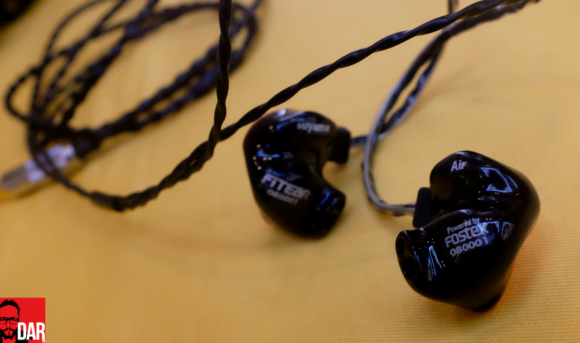 The Air’s 8mm dynamic driver comes from Fostex, the outer shell loudly and proudly confirming the local collaboration with an inscription that reads “Powered by Fostex”. The balanced armature driver/s come/s from Sonion (and not Knowles).

Suyama-san went on to explain how an IEM’s vent hole can allow external noise to leak into the earpiece, thus increasing the noise floor and lowering dynamic range.

Improving the CIEM’s isolation therefore became priority number one when designing the Air. Its nozel has been shortened to put more air (geddit?) between shell and ear drum. This in turn allows for a larger cross-sectional area at the earshell’s business end (pig’s snout anyone?) and larger output holes (nostrils). Oink.

Another first for FitEar are the Air’s six colour backplate options. Pricing is harder to nail down. I forgot to ask and the company’s website refers to it as “open”. Mind you, it’s a moot point for those living outside of Japan or its Asian export zone.

And it was all yellow. 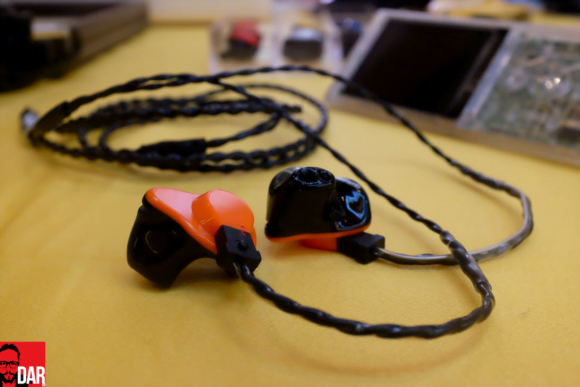 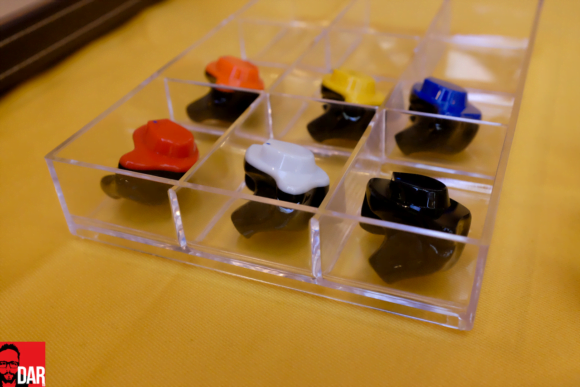 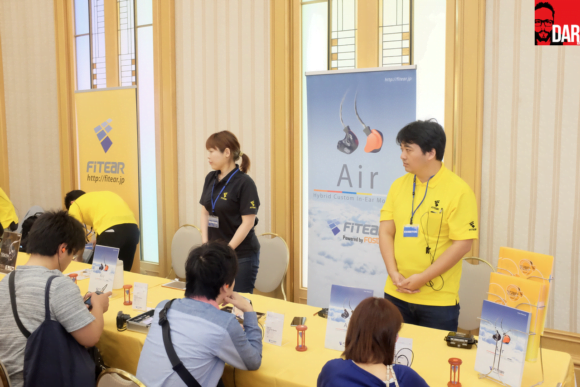 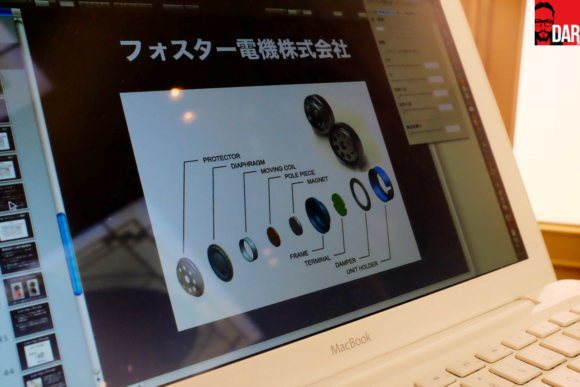 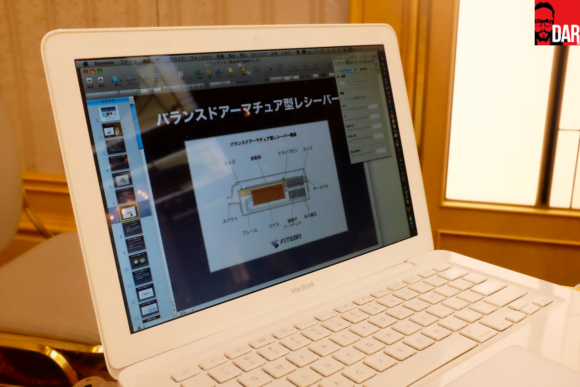 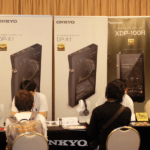 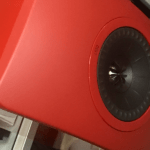