Surveying the DAP scene in 2015: there’s Astell&Kern…and then there’s everyone else. At the Fujiya Avic show at the Nakano Sun Plaza this audiophile’s attention was re-calibrated to seek out the latter.

From South Korea’s Cowon comes the super-swish Plenue 1 digital audio player. Released almost a year ago, it isn’t new to the market but it’s new to this commentator. Everything about the Plenue 1 oozes understated elegance and beauty, even its sound. The anodized aluminium unibody will appeal to those like their lines clean and their product design minimalist.

The equally sumptuous UI is accessible from the 3.7″ (480 x 800) AMOLED touchscreen – a must for mainstream attraction – but you won’t find wifi or access to the Google Play store here. Music is accessed either from the unit’s internal 128Gb storage or a microSD card clicked into its behind. Those VU meters are an especially lovely touch. 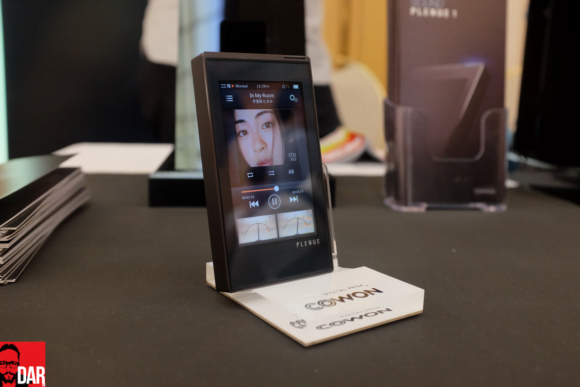 Under the hood, the Android-derived operating system and data flow is marshalled by an ARM Cortex A9 dual core processor. D/A conversion is exacted by a PCM1792A, which means compatibility with DSD64, DSD128 and PCM up to 24bit/384kHz. The manufacturer promises eight hours playback time from a full battery charge. SNR is rated at an impressive 120db.

Output impedance on the 3.5mm headphone socket – which serves double duty as a mini-Toslink output – is rated at a (potentially) IEM-troubling 3 Ohms. Everyone else can breath easy, especially those pulling 32 Ohm headphones.

Listening briefly at the show, the Cowon Plenue 1 proved no slouch on the SQ front. Paired with the Campfire Audio Lyra IEM it communicated music’s full tonal weight without losing sight of the Lyra’s ability to draw a super-wide headstage and without taking short cuts on finesse and delicacy. In this respect it could be the equal of the Pono Player. Only further listening will drop the hammer on that call.

With the Cowon Plenue 1 selling for JPY128,000 (~US$1050), it’s well positioned to give the second generation Astell Kern AK100/120 a serious run for their money. The silver and gold finishes should ensure strong uptake in Asia but this DAP’s appeal is very much global.

I don’t need one but I want one. 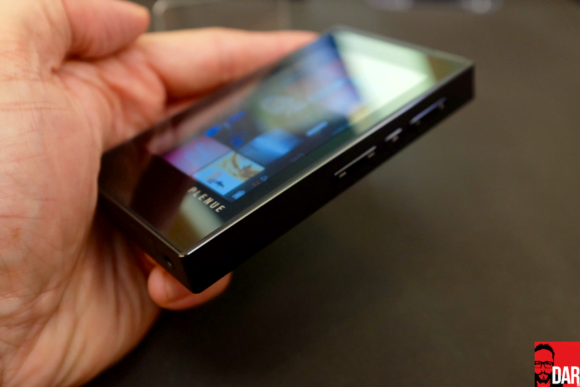 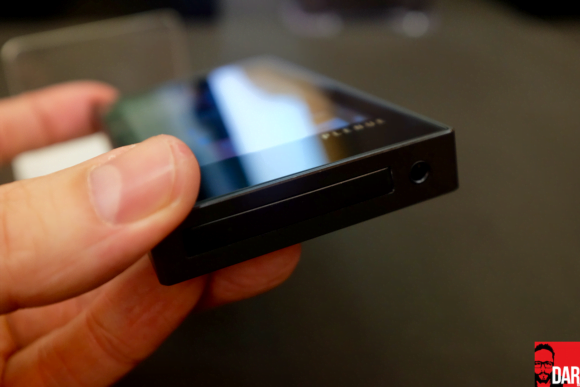 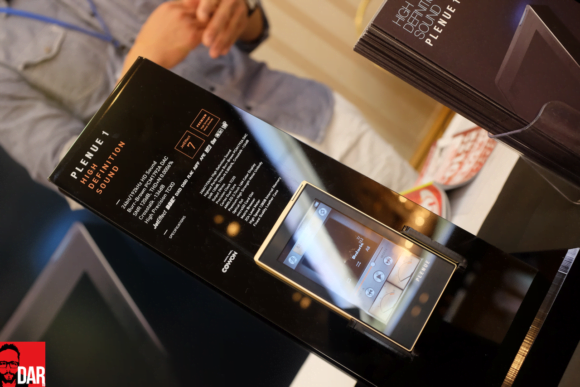 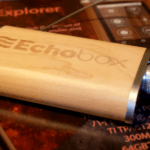 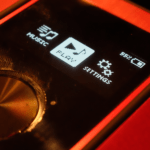