Better sound for everyone is something that excites me far more than the bleeding edge. Perhaps I’m an audiophile socialist? The bleeding edge shows us what’s possible but by its very nature remains the preserve of the few (and not the many). Hello DSD. Hello MQA. Hello high end headphones and desktop amplifiers. Hello multi-box stereo systems. Hello portable audio strap-ons. Technology can be its own barrier to entry but in the portable audio space, it’s the physical intrusion of appendages that shuts down take up by the broader market.

There’s a minefield of potential issues to navigate for the newcomer considering better-sounding portable audio. Going with separate DAP means less-than-stout power output. Our newcomer must therefore source a suitably efficient, low-Ohm-d ‘phone. Otheriwse a strap-on amplifier is called for to bridge the grunt gap. Smartphones provide an alternative route – they invariably offer better UIs – but with their internal DAC and headphone output stages part of their low cost design mandate, quality suffers out of the box. Once again our newcomer is back bricking it! 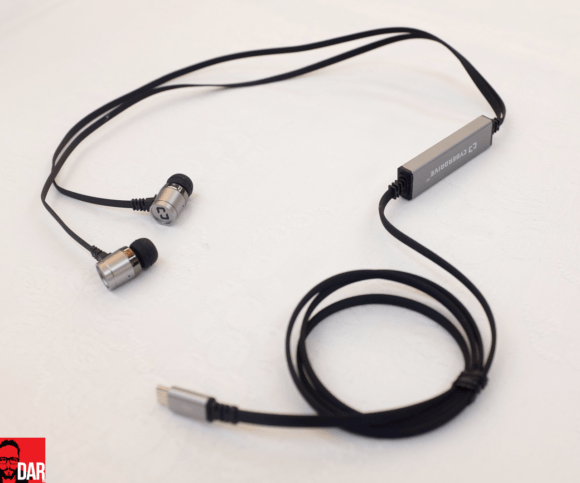 No matter which way you skin it, the high-end portable audio world demands a second device. Audiophiles are happy to accommodate the compromise of twice the physical pocket/bag intrusion. The mainstream newcomer less so.

At this year’s RMAF, Audeze introduced the Cypher Lightning cable for its own EL-8 headphone.

Similarly at the Fujiya Avic headphone show in Tokyo, American/Chinese company Cyberdrive could be seen touting something similar. Their Clarity IEM extracts audio digitally from a connected smartphone before feeding ones and zeroes to an in-line DAC and amplifier. An XMOS chip handles USB transactions whilst an unspecified Cirrus Logic chip keeps PCM up to 24bit/192kHz and DSD256 in the picture. An ESS chipped version is also in the works. 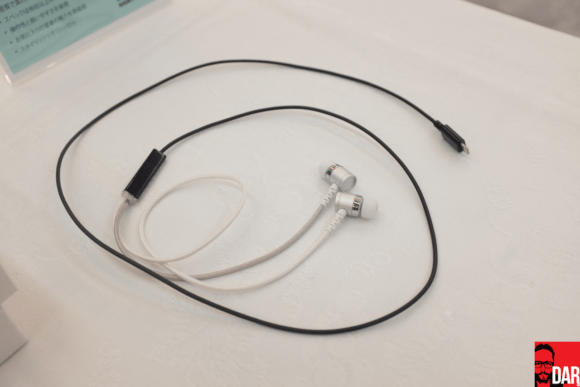 At time of writing, only a microUSB-terminated version for Android smartphones was available. Cyberdrive have yet to ink the Apple MFI certification required for all peripherals talking turkey with an iPhone or iPad over its Lightning port. A prototype Lightning-connecting version of the Clarity IEM was on show in Tokyo.

With audiophile-grade D/A conversion and headphone amplification slipstreamed into the headphone cable itself, the transition to a high end portable audio is non-intrusive.

Whilst I’m unable to speak to the quality of Cyberdrive’s IEMs, their in-line solution, along with Audeze’s, shows us that it’s possible to do away with strap-on bulk when upping a smartphone’s SQ. Wave Sayonara to the Lightning USB cable loop too. With this comes far greater mainstream potential: a sonic smartphone upgrade minus the bulk. Bravo on the concept (and price) even if this jury remains out on the execution. 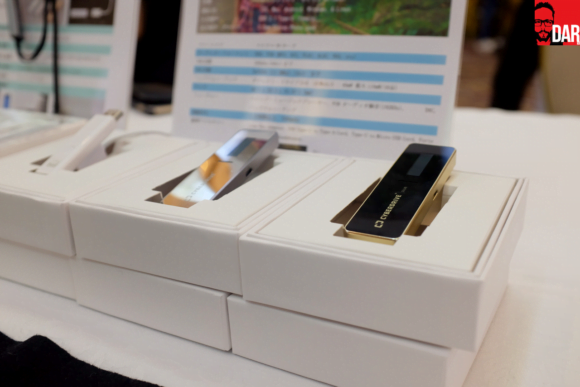 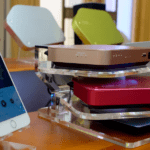 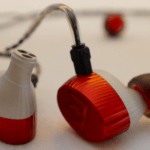