“Mr. Jones
Put a wiggle in your stride
Loosen up
I believe he’ll be alright
Changing clothes
Now he’s got ventilated slacks
Bouncing off the walls
Mr. Jones is back!”

You’re probably already familiar with ex-TAD bossman Andrew Jones’ work. He’s the forever-grinning British loudspeaker engineer who designed the SP-BS22-LR standmount (reviewed here and here) introduced by Pioneer back in 2012. At US$129 it has since become the goto entry-level standmount; a speaker you could recommend to your neighbours without causing them financial heartburn. 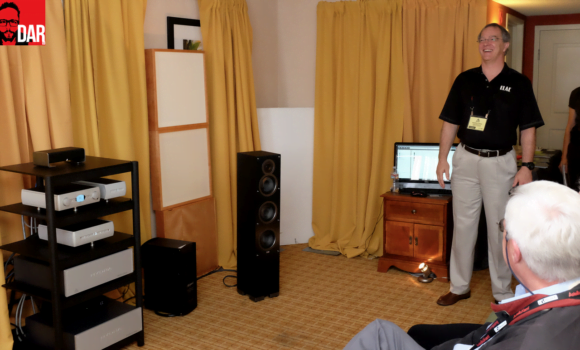 But then Onkyo purchased Pioneer’s Home and AV Division and Jones jumped to a newly re/established ELAC Americas. In June of this year he wowed attendees of T.H.E. Newport Beach Show with a demonstration of the first model in ELAC’s new affordable Debut series, the B5 (US$229/pair). ‘B’ is for bookshelf. ‘5’ is the (approximate) driver size in inches.

In Irvine, accompanying hardware was price appropriate but at RMAF 2015 Jones confessed to going all out on ancillaries: amplification and D/A conversion came from Audio Alchemy whilst power conditioning was handled by Shunyata. “The thinking here,” Jones explained, “is to show off the very best of what the F5 can do”. ‘F’ is for floorstander: 3 x 5.25″ Aramid Fibre (Kevlar) drivers and a wave-guided 1″ cloth dome tweeter. Porting fires thrice to the rear. 6 Ohms is the F5’s nominal impedance, 87db their efficiency.

The braced MDF cabinet design strays not from the norm – the magic bullet is reportedly in the crossover – but any aesthetic quibbles crumble to dust in the face of ye olde bang for buck. At US$560/pair, I dare anyone to dig up something better for the money. Compared to the B5, the Debut F5 bring an additional 4Hz of low end to the table – down to 42Hz – but in the hands of good amplification, sluggishness is not on the agenda.

As part of his carefully planned demo, Jones steps us through several cuts, including one from Lyle Lovett. Not my cup of Java but who cares when things sound so demonstrative for so few dollars. The Debut F5 will put a wiggle in your stride for a price that won’t have you bouncing off the walls.

Another contender for your friends’, colleagues’ and neighbours’ attention. As Harold Macmillan once famously said: “Most of our people have never had it so good”.

The first Debut series shipment reportedly arrived at ELAC Americas’ warehouse just as RMAF kicked off so the F5 and B5 should be shipping as of now.

The morning after the show ended I bumped into Jones in the hotel lobby. I asked him if he missed designing high-end loudspeakers. “Absolutely!”, he said…but then went on to explain that there are plans afoot to ultimately address that end of the market as well. All in good time, I guess.

The happy snaps here come with a health warning: those curtains and that carpet may necessitate a full retinal scan after viewing. 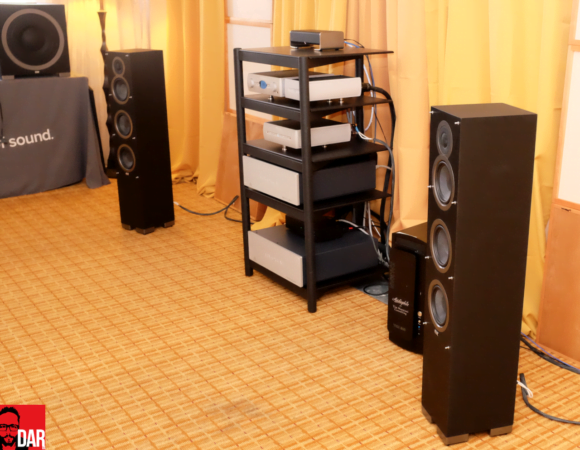 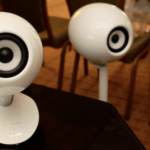 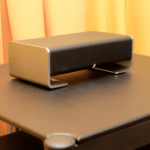