When I review a DAC or music server I like to pop the lid and shoot photos of its internals. For some products it’s a cinch: eight or ten screws later and the you’re in. Giving Aurender’s N100H a post-review once over last month didn’t instil me with confidence that I wouldn’t somehow damage the brushed aluminium chassis. Besides, the front fascia looked like it might be central to a pull-off sleeve – so I left well alone. The N100H’s handsome looks weren’t for spoiling, not for the sake of curiosity and camera.

A walk to the far end of Aurender’s demo room at RMAF this year last validated the decision to leave well alone. Tucked between show-only, perspex-lidded versions of the X100L and X725 was a similarly see through N100H. Click went the Fuji X100S. Thank you and good night. 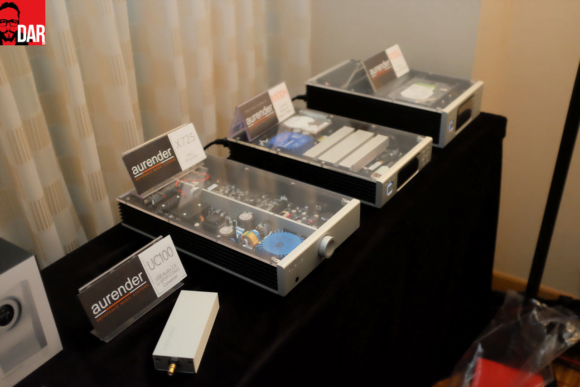 To the trio’s immediate left, the UC100, Aurender’s all-new USB-S/PDIF converter. The Korean company’s now signature ribbed sided, brushed aluminium chassis means owners won’t feel compelled to tuck it away out of sight. The UC100 isn’t only for connecting entry-level Aurender servers – whose only digital output is USB – to legacy DACs that only offer coaxial or BNC. A S/PDIF converter can accidentally-on-purpose isolate a DAC from USB line noise even when though its primary purposes are a) to translate one transmission protocol to another and b) reclock the digital audio signal with the aim of reducing downstream jitter.

And then, slap bang in the middle of the room, atop the system rack sat the all new N10, doubled up so that Aurender’s Director of Sales and Marketing Jean-Paul Lizars could simultaneously show off two settings on the multi-purpose information display: now playing and VU meters. I tried to ignore them as I inhaled Giant Giant Sand’s “Wind Blown Waltz”. Charged with Aurender’s Conductor iPad app, Lizars refuses to phone it in when it comes to music choices. He pays close attention to music covered by review sites like this one and Michael Lavorgna’s consistently excellent Audiostream.

But you don’t drop over twice the sticker price of the N100H on the N10 (US$8000) – simply for a full width chassis, oversized OLED display and twice the faux VU meter bounce. Beauty is wasted on vacuous shells; assuming the N10 offers even a slight audible improvement over the N100H – unlikely, but assume nothing – it’ll be no airhead. “Oven-Controlled Crystal Oscillator (OCXO) for long-term jitter reduction”, anyone?

The N10 replaces the S10, Aurender’s very first server model, introduced back in 2011. Four years is a long time in the DAC world, even longer in the server/streamer world where consumers (myself included) are slowly waking up to the audible benefits of feeding one’s DAC with a device that emits lower amounts of electrical noise over USB.

That said, the N10 comes loaded with a full suite of digital outputs: AES/EBU, USB, BNC, coax and toslink – essential for those who demand flexibility beyond the N100H’s USB-only restriction. Then there’s the N10’s 4TB of internal HDD storage for full accommodation of proper large lossless collections and a 240Gb SSD that serves as playback cache. Keeping format compatibility up with the Jones’, the N10 can convert DSD to PCM on the fly with user selectable sample rate options. 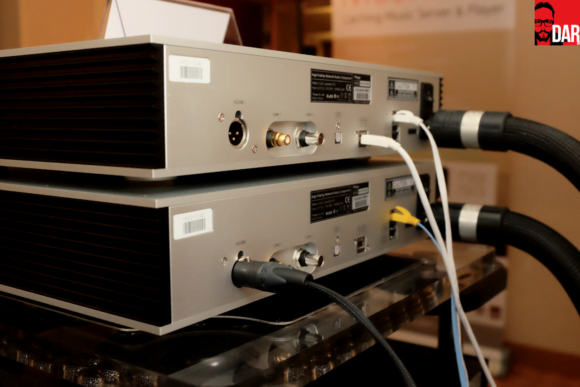 A final nod of approval goes to Aurender’s choice of loudspeakers and their decision to buck prevailing RMAF practice and fire ’em across the width of the room: Sweden’s Larsen Model 8 proved just right for the hotel room’s less well compliant acoustics. Marvellous. 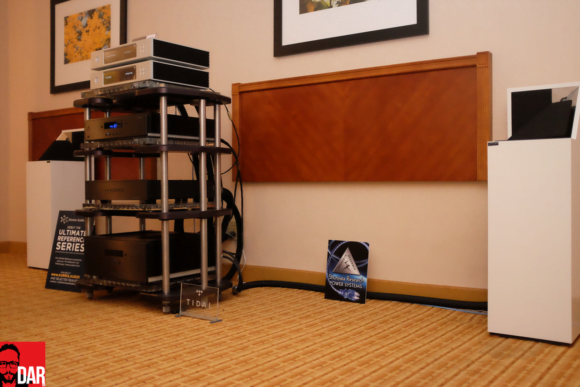 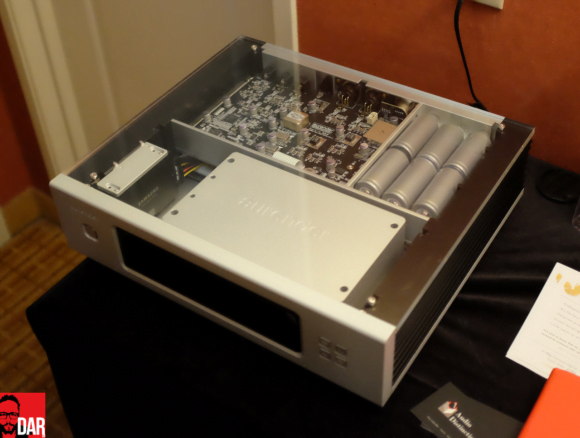 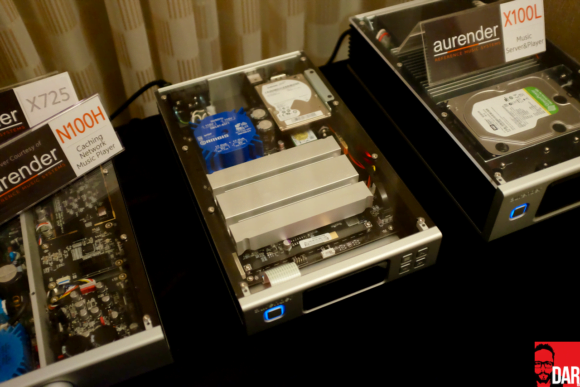 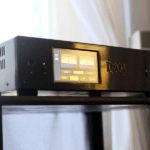 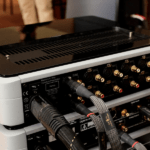