Readers following not only digital audio, head-fi or vinyl playback but all three will have noticed that Pioneer is on a bit of a roll this decade. Their successes might be spotty but when they hit, they really hit.

Exhibit A: the SP-BS22-LR standmounts, designed by TAD’s Andrew Jones, re-defined what was possible from a street price of US$129, sometimes less.  Since their 2013 release, Pioneer’s home AV business was all acquired by Onkyo.

Meanwhile, from their DJ division…

Exhibit B: the PLX-1000 is possibly the finest SL-1200 clone to come to market since Technics discontinued the goto DJ ‘table of the vinyl era. Pioneer pick up where Technics left off with few compromises. It’s heavy, its direct driven platter turns on a dime and from an audiophile perspective, it aces the sound of comparably-priced units from Rega and Pro-Ject.

This week sees Pioneer (Onkyo) announcing what could become Exhibit C, potentially netting them a hat-trick of awesome.

On the back of a presumably fresh injection of R&D from Onkyo comes the XDP-100R Digital Audio Player (DAP) whose feature list is as long as your arm.

Firstly, the Pioneer unit will handle PCM up to 24bit/384kHz as well as single-, double- and even quad-rate DSD. If the latter is your bag, you’re gonna need plenty of storage space but at first blush the XDP-100R’s 32Gb on-board memory appears embarrassingly small. Fortunately it’s user-expandable to 288Gb via a pair of side-mounted SDXC memory card slots.

D/A conversion comes via the standard-for-2015 ESS Sabre 9018K2M. But did you know that ESS Labs have diversified into headphone output chips? Pioneer have dropped a new SABRE 9601K into this DAP.

Care has been applied to the internal board layout too. For specifics we’ll defer to the press release: “All functions within the XDP-100R are blocked off in a closed loop construction to eliminate any extraneous noise.  The audio board and CPU board are separated internally, further isolating sources of noise, using the same approach as separating an amplifier from the playback device in a component stereo.”

Next to the chunkier, heavier Sony, the XDP-100R’s 10 hour battery life will look a little lean. However, in the context of its 4.7″ 720 x 1280 touchscreen and slimline chassis, it’s more than reasonable.

However, Pioneer’s trump card is full MQA compatibility. It’s the first DAP to go all in on Meridian’s new codec, compatibility for which is slated to arrive via an over-the-air firmware update once the Pioneer unit’s official mid-November launch is out of the way.

For the uninitiated, Meridian’s MQA codec can compress hi-res audio files into Redbook-sized containers (cool huh?) but it’s currently too early to make a call on MQA’s long-term potential. Much rides on the extent of industry take up, including recording studios.

Price on the Pioneer? Not as much as you might think. Early reports point indicate the XDP-100R will sell for 499GBP. That’s a more than reasonable US$770 and is sure to throw some shade in the direction of Astell&Kern’s Jr. And if you think the XDP-100R looks like Astell&Kern’s top-flight AK380, you’re apparently not alone.

Of course, none of these fancier specifications mean a darn thing unless the XDP-100R sounds good with good ole Redbook. On that, we must reserve judgement until we hear one. 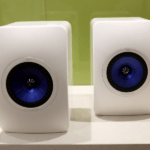 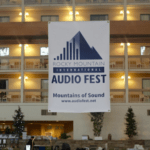