The aforelisted models all have one thing in common: a dome tweeter and conical bass/mid driver(s), passively crossed over inside a wooden box.

Enter Minnesota’s Magnepan whose MMG loudspeaker (US$599) offers a significant point of difference. They eschew the box speaker in favour of a planar-magnetic implementation: magnets and a quasi-ribbon are spread over each speaker panel’s surface ready to be excited by the electrical current provided by your amplifier. The ribbon membrane’s movement is what causes sound (and music) to happen.

More important to the newcomer, more likely to shopping at this price point, the MMG blow the socks off similarly-priced box designs when it comes to soundstage size height, speed and transparency. On musical presence and S I Z E the MMG are (probably) peerless.

In fact, with sound coming to life over a larger-surface area and free of the restrictions of a (usually) lossy-walled cabinet, the entry-level Magnepans play nicely in smaller rooms. I’d categorise my own listening space as ‘medium’: 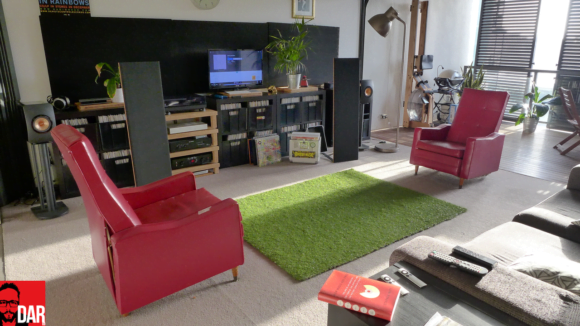 These loudspeakers aren’t for every lounge/listening room however. At four foot tall, they are more visually imposing than one might be used to and being of bipolar design – they fire forwards and rearwards – higher than average clearance from the front wall is recommended.

The first Magnepan loudspeaker was brought to life by Jim Winey in the very late 1960s. Nowadays, sales and marketing manager Wendell Diller promotes the MMG as a taster for Magnepan’s bigger, more costlier models but such is their price-performance ratio you couldn’t blame an MMG owner for never upgrading.

It would be remiss of me not to mention their horizontal and vertical off-axis treble roll off, something which perversely plays to the advantage of the apartment dweller not wishing to upset neighbours.

All up, a stone cold bargain and quite possibly the best value for money in audio land below a grand.

That said, can we agree that concluding that a piece of audio gear “competes with models two or three times the price” is all but meaningless unless such twice- or thrice-priced models are named explicitly?

The gotcha with all Magnepan models is their partnering amplifier. The MMG’s ribbons are non-reactive loads – they present a flat, frequency-independent 4 Ohms to your amplifier. You need numerous watts or high current or both. I’ve written previously – here, here, here and here – about how entry-level integrated amplifiers fare but today the Vinnie Rossi unit gets a run.

Fully modular, the LIO hasn’t budged from main rig amplifier duties since it arrived for review treatment some months ago. Parts 1 and 2 are already in the bag but its assessment remains ongoing. The LIO is a modular device that can be configured to be much more than an amplifier. Coming to Part 3 will be coverage of the balanced headphone output, DAC and the all-new tubed-up Slagle-former volume control. 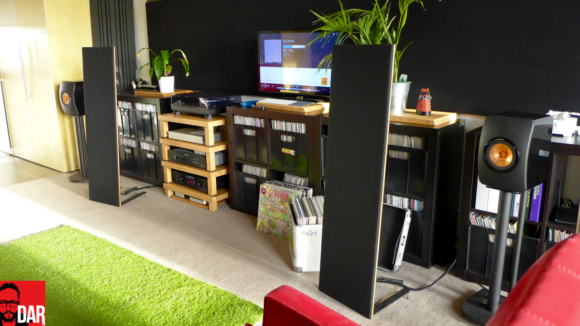 A simple question – can the LIO’s MOSFET power amplifier module drive the MMG to adequate SPLs? – demands a simple answer – yes. Capable of pushing a modest 45 wpc into a 4 Ohm load, we look to the LIO’s ultracapacitor power supply for the why: low output impedance translates to high current delivery capabilities which in turn allows dynamics to frequently turn on a dime. It’s not something you’ll find in every amplifier design.

More unexpectedly, the MMG reach staunch SPLs lower down the LIO’s volume dial than with KEF’s LS50- ~35 vs ~40 – which translates to around 80db at the grey-couch listening position, as measured by the Audiotool app for Android on a Samsung Galalxy S5.

Via the MMG, the amplifier module’s high degree of lucidity and tonal satisfaction is still in evidence but has to work a little harder to cut through the Ready-brek glow of the baby Maggies.

This doesn’t mean the LIO is the number one amplifier choice for the MMG. I’ve yet to hear anything touch the performance of the Sanders Magtech, as demonstrated in-store by Australian distributor Bill McLean, who also handles Magnepan in this part of the world. The Magtech is a US$5500 power amplifier with zero bells and whistles but 900 power-regulated watts into 4 Ohms. Oh, by jingo!

If nothing below 90db gets you off then you’re gonna need a bigger amplifier. Over Skype, Rossie tells me he is set to demo his non-modular 100wpc (into 8 Ohms) LIO power amplifier at this year’s RMAF.

This post serves as simple confirmation of the MOSFET module’s acquiescence to MMG loading; intel that’s hopefully useful to those living outside of the USA where these homegrown speakers and modular device can be trialled in home for 60 and 30 days respectively.