Five years. Not just the name of a David Bowie song but the duration of DAR’s existence to date. Half a decade of audiophile-focussed news, reviews, audio show reports, editorial commentary and music suggestions. Something to be proud of. Happy birthday to us.

DAR might not have have reached the five year marker had I not put a few fundamentals in place from the get go. A high standard of writing was of paramount importance but in an age of low startup costs for new publications and with a few manufacturers seemingly indifferent to review standards, adopting and maintaining an international presence has helped DAR define its edge.

DAR is headquartered in Australia but it isn’t an Australian website. Thinking of a website – accessible from anywhere in the world – as anything other than international always struck me as a little odd. Still, in January of this year the DAR Australia subdomain was established to cater to news specific to the local market.

Aspirations of an international identity are only the beginning. Laying one’s intentions isn’t the same as acting on those intentions and doing so over time.

Anyone can launch a website. It’s only through survival of the first year do we get a better understanding of its abilities and associated identity. Few manufacturers will wear the cost of two-way shipping to and from Australia to a newborn publication, especially with an increasing number of publications making a big noise at launch but running out of steam inside the first twelve months. In other words, newcomers must prove their worth. And what better way to do that than by simply sticking around? Under-promise, over-deliver.

For me, and probably anyone else living on the bottom of the world, that meant getting out there, flying to the USA or Europe.

As a litmus test of Antipodean internationalism in 2015, I took an informal roll call of Australian distributors and journalists attending the Munich High-End Show. Almost no-one worth their salt took leave of absence. It’s a wonder any audio gear was sold at all in Australia during May. 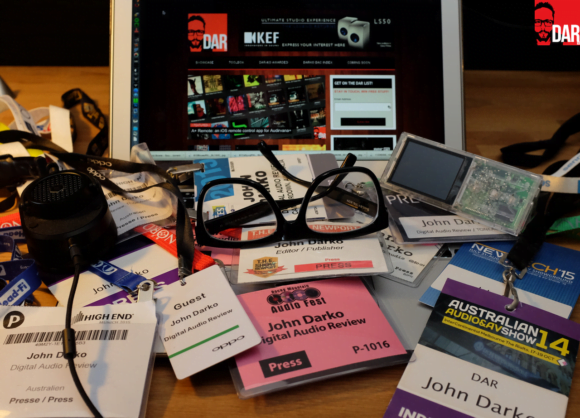 This year’s Munich High-End was only my second time attending but international show reportage of trade events, hifi shops and record stores been one of this site’s key differentiators since day dot. I’ve missed only one RMAF since 2010 and have covered every T.H.E Newport Beach Show since 2011. I’ve also covered shows in Tokyo, New York and – a little easier on the jetlag recovery time – Melbourne. Oh, and Sydney. (What changed this year is the way in which I’ll map out future travel plans – more on that to come in a subsequent post).

The double whammy of 1) presenting in person to overseas trade shows in order to seek out review loaners and then 2) following up with informative review coverage has helped cement DAR’s international reputation.

This achievement is, of course, far from a solo effort. The generous tutelage and written contributions from 6moons’ Srajan Ebaen have proved invaluable. As have occasional contributions from guest writers, particularly when review schedules threatened to slip or I’ve been overseas covering a show.

Time spent conversing with manufacturers has also helped nurture my technical understanding. It’s from this that friendships blossom. Some become closer than others. In order to maintain a clean conscience I am bowing out of reviewing products from Utah’s Zu Audio. That said, the Casey family’s rock n roll approach to audio show exhibition will still make DAR show reports – the industry NEEDS them. But reviews of Zu, they must now fall to another writer.

The elephant in the room for the ghost-chasing DAR reader is the banner ad fuel that keeps this site’s engine running. Srajan tackled such conspiracy theorists in an excellent KIH post here but I’ll add a little more colour before we groove down to today’s order of business. 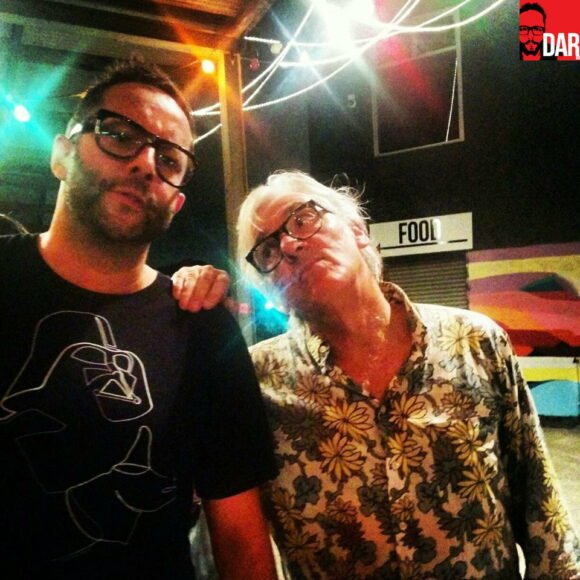 DAR’s banner ads not only allow site sponsors a portion of screen real estate in which they can show their wares to thousands of qualified eyeballs but they also serve as a public declaration of this site’s financial interests. Funding sources are there for all to see; everything is out in the open.

Anyone doubting DAR’s commitment to an independent editorial policy should also consider that trust between reader and commentator is built over time: from learning a reviewer’s tastes and preferences, knowing their ancillary gear and seeing their listening space. The latter is why all writers featured in these pages pass over manufacturer-supplied photos and shoot their own. Readers can then see gear au naturel.

The vast majority of readers aren’t stupid. They know which sites they trust, which sites speak directly to their way of thinking. But it’s worth being mindful of this: not every audio review publication will please every kind of reader.

DAR’s modus operandi has always been to build trust through sober assessment of gear. You won’t find sensationalist closing statements here; and if you do, they won’t arrive without thorough substantiation. The reviewer who champions every piece of gear that comes his/her way never lasts long. As Malcolm X once said: “A man who stands for nothing will fall for anything.”

By way of recent example, a review of a certain non-advertiser’s USB cable was found to be superior sounding to that of an advertiser’s and was called out as such. If after reading that you still see advertising dollars as the driving force behind this reviewer’s opinions then I can’t help you. Perhaps you’re not a DAR reader? In which case, another publication is yours for the taking!

Not that this site’s model of funding via banner ads is up for debate – the comments section (below) isn’t for readers who feel entitled to ad free content but to which they also contribute nothing.

The ad-supported model might not be ideal but this income bankrolls the time needed to undertake reviews. Reviews that aim to serve proper insight into a product’s performance, especially via comparisons to rival pieces, and whose outcomes are most emphatically not for sale. Comparisons keep things honest as well as inform the reader. If five years of running DAR has confirmed one thing over and over, it’s that readers want to know how X compares to Y. I’m immensely proud that we’ve been offering this from the get go.

As DAR notches up its 5th birthday, it’s time for an injection of fresh reviewer blood.

I’m inviting anyone interested in writing reviews of audio hardware (or ‘non-audiophile’ music) to get in touch. Yes, it’s a paid gig, open to those with the chops to offer proper insight and conduct comparisons.

Before we get to the how, let’s filter the who.

I’m looking for someone with an upbeat style – a break from the norm. That break applies doubly to cliches e.g. that a piece of gear sounds ‘tubey’. Not all tubes, let alone tube amplifiers, sound alike. Ditto ‘sounds like analogue/vinyl’. Do all turntable, arm and cart trios sound the same? That’s a rhetorical question. Lastly, if you wrap reviews with a phrase like “competes with products two or three times the price” without explicitly naming those more deluxe units, you’re probably not a good fit for these pages. Sorry – it’s not you, it’s me.

I’m also a stickler for drawing a line in the sand between DAR contributors and the audio industry on which we report. Whilst writers with audio industry experience are of supreme value, especially in observing broader trends and dispensing technical knowledge, to qualify for a reviewer gig in these pages means any formal affiliations with industry players must a) no longer exist and b) have ended at least twelve months ago.

Getting jiggy with the particulars: no DAR writer shall be currently under the employ of an audio manufacturer, distributor, retailer or PR agency; nor shall they have been employed by the same at any time during the twelve months preceding their first DAR contribution.

In the interests of clarity, ‘Under the employ of’ includes – but is not limited to – contract work to build websites, manage SEO, handle PR, manage social media or organise listening events. Lastly, anyone involved in the organisation or running of audio shows is also out of the running.

It’d be naive of me not to acknowledge that increasing a product’s public profile is an inevitable byproduct of the review and news announcement process. However, product assessment is the primary driver here and not PR.

Perhaps such tight restrictions will limit this webzine’s contributor expansion options. No mind. Of primary importance is a tight ship where contributors have zero ties, current or recent, to the promotional side of the audio industry. Sound reasonable? I think so.

If bells still ring for you despite the somewhat serious tone here, please email me using this contact form. Hit me with your particulars, examples of any previous review work and maybe a super-short precis of what motivates to write about audio gear and/or music. Past experience in writing for other publications helps but isn’t mandatory. What is necessary is passion as well as an eagerness and ability to describe sound or communicate ideas.

Here’s to another five years.

UPDATE 29th September: What I thought would be a trickle of interested parties has turned out to be a deluge – thank you. It’s a humbling problem to have. In hindsight, putting the call out just prior to heading Stateside probably wasn’t the best move. If you threw your hand aloft via the email form, please know that I will get back to you eventually, most likely next week once Denver is done and dusted. 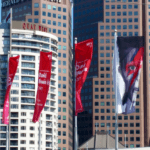 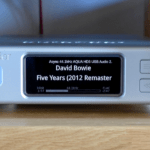