As I write this I’m gliding the surface of a Sunday afternoon with The Cocteau Twins’ beatific Heaven Or Las Vegas, played back in 24bit/96kHz PCM on an Astell&Kern AK120 II (reviewed here) driving HiFiMan’s HE400-S planar-magnetics. Nothing novel about that. At least, not until you learn that these hi-res files don’t reside on the DAP itself, nor do they sit on the microSD card inserted into its side.

Readers ready to clutch at explanatory straws might assume arrival of the long-promised Tidal Hifi connectivity. And they’d be only half-right. Streaming Qobuz Hifi is now possible on any Wi-Fi equipped Astell&Kern model: AK100 II, AK120 II, AK240 and AK380. For the time being though, Tidal compatibility remains out there somewhere. But remember, Tidal and Qobuz’s Hifi streams each top out at 16bit/44.1kHz.

The question slowly simmers: how does one stream a 24bit/94kHz PCM file hosted elsewhere to an AK120 II? Secondary question (for bonus points): how does one do this without laying a finger on either source or destination-DAP?

To answer that we must rewind 48 hours.

I’d arrived at my local hifi store, Addicted To Audio, late on Friday afternoon to check out Bryston’s fresh crop of loudspeakers that I’d dug so much in the Canadian company’s room at Munich High-End back in May – that coffee!

Joining the latter two in the back demo room, a pair of Bryston Mini T loudspeakers are hooked up to a Bryston 4BSST2 power amplifier – a product for which Bryston are perhaps better known. 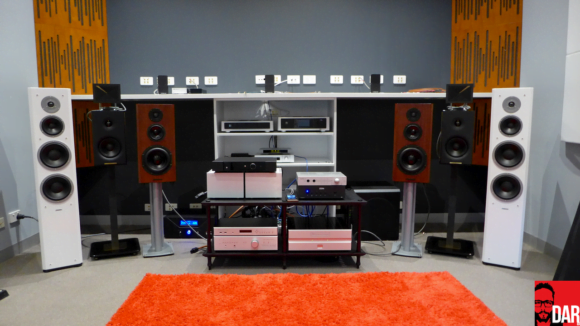 With an AK120 II taking on three roles – 1) digital transport; 2) DAC and 3) digital pre-amplification duties, connected here via PEF12 cable to the power amplifier – the sound proved to be remarkably authoritative and smooth up top, even with occasionally edgy source material like R.E.M.’s “Ignoreland”.

Our host then swapped out the AK120 II for the big gun: the AK380. Up went detail retrieval and in came an extra dollop of creaminess. Do not mistake this for cool indifference. If anything, the top-shelf A&K introduced a degree or two of warmth that kept the Mini T from running away with its self-starting excitability. These loudspeakers are not for amplifiers already dosing cymbals and/or 1980s-recorded guitar solos by Peter Frampton with seared edges.

Not only have Astell&Kern cemented their position as numero uno in the DAP world but with the Munich-launched AK380 they’ve strengthened their lead, putting even more daylight between themselves and a peloton that comprises Sony, iBasso, FiiO, HiFiMAN and Pono.

Listening in-store through Bryston electronics and speakers, it’s the price differences that are more readily observed. The AK380 sounds superior to the AK120 II…but not by much. 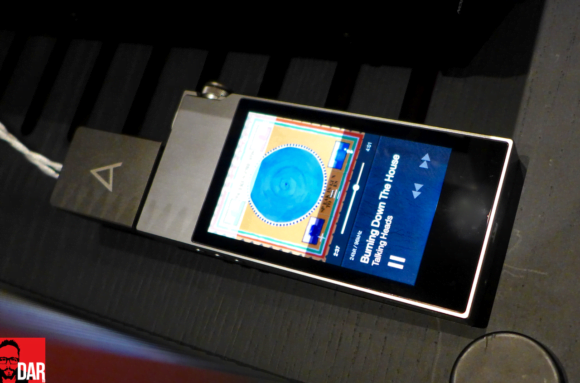 According to this audio emporium (who also distribute Astell&Kern down under), interest in the forerunning AK240 has taken a sharp downturn since high-end DAP focus shifted to the AK380’s arrival. Stickered at US$3500, perhaps it’s the price-point status symbolism that attracts robust demand? That is, until the AK760 (or whatever) comes a-knockin’.

The AK380’s other main advantage is a suite of optional add ons: CD ripper, detachable portable amplifier and balanced-outputting dock for direct connection to a two-channel setup. Bringing couch-bound remote control functionality is the AK Connect app, now available as a free download for both iOS and Android users. For tablet users, the HD versions make good use of the additional screen real estate.

On the AK380’s home screen we see an area for ‘AK Connect’ and note 150 volume steps, twice that of the downstream models.

Back in Addicted To Audio’s listening room, AK Connect translates to some rather clever source file / destination gymnastics. Each A&K player becomes a DLNA/UPnP server or renderer, remote control of which can be handled via the aforementioned smartphone or tablet app. 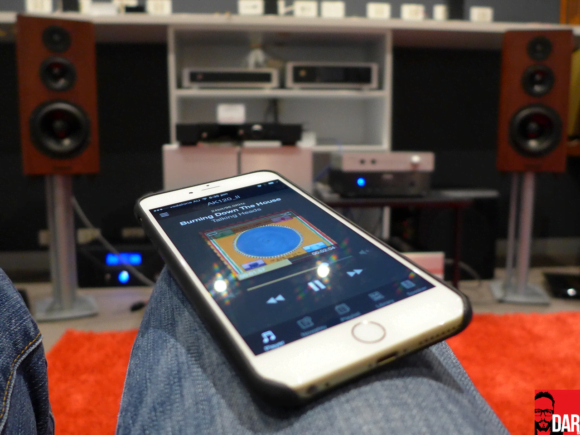 In its simplest configuration, the AK120 II played both server and endpoint, with the iPhone version of the AK Connect app taking care of library browsing, song selection, play/pause, previous/next, in-track scrubbing and volume control. For the latter, the iPhone’s own hardware up/down send digital signals to the Astell&Kern’s own digital domain attenuation. Worried about accidentally bumping the volume too high? You’ll need to manually approve it via the iOS app’s warning screen. Neat.

The next playback scenario saw the pre-amplifying AK120 II remain on media rendering duty but source its library from a wirelessly networked AK100 sat on the arm of the couch as instructed by the iPhone app. This digital audio triangle will be familiar to regular users of DLNA/UPnP systems.

Things became showier still when the AK100’s library was ditched in favour of one located on an AURALiC Aries located in a neighbouring listening room; the iPhone instructs the Aries to send tunes to the Bryston-connected AK120. Double neat.

And it’s this last configuration that I replicated at DAR HQ two days later: an AURALiC Aries serves tunes via UPnP straight from a USB key clicked into its behind with the AK120 II itself playing catch. In AK Connect parlance these are ‘Library’ and ‘Speaker’ respectively. Crucially, the AK Connect app permits hands-free control of the Astell&Kern unit. 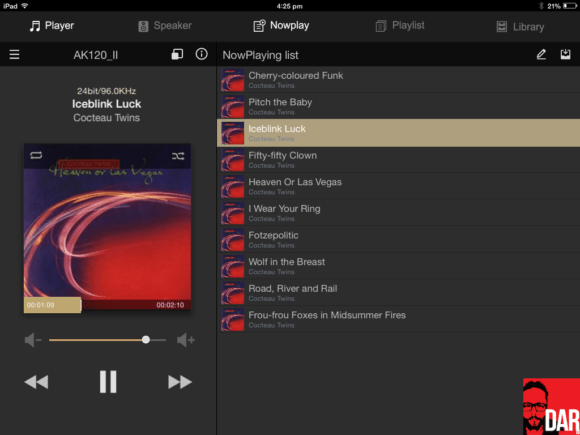 iOS and Android control means one can go direct from A&K to an amplifier (via 3.5mm-to-RCA breakout cable) for a full lean on the internal D/A converter…or connect to a DAC via mini-Toslink diversion.

Then there’s the download facility. Need to grab a few songs from one’s (Aries’ Lightning) server in preparation for out-of-the-house walkabout with the AK 120 II? Pick up the player, browse to the album on the networked UPnP server, select ‘all’ and hit download! Observe: LAN file transfer. With the Internet playing no part in the process it’s much more efficient than offlining tunes in Tidal. Locally-hosted libraries are anything but defunct.

One takeaway? Erodes are the storage limitations inherent to Astell&Kern hardware. Host a large library at home and then cherry pick downloads as and when required. No need for microSD card swaps and/or the truly awful Android File Transfer app (if you’re on a Mac).

More switched on observers will know that files could be previously downloaded to Astell&Kern hardware via their MQS server application. Its restrictions were twofold: 1) it was Windows and OS X only; 2) few users knew of its existence. It has since made way for AK Connect that opens things up to any DLNA/UPnP serving device, Linux included. That means Vortexbox Appliances running Minim and dedicated servers from the likes of Lumin and Aurender.

The AK100 II, AK120 II and AK240 are no longer just portable players but network streamers too. That’s some serious value add for a free firmware upgrade. 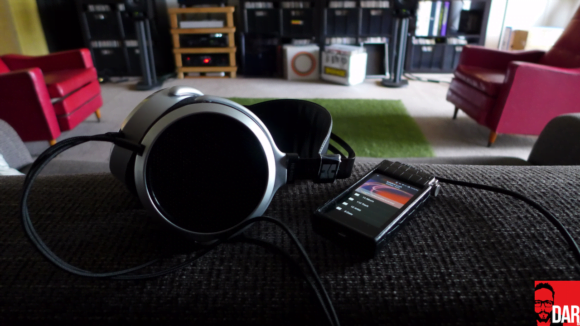 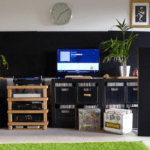 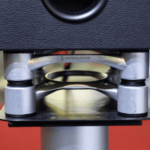