‘Round here, Roon Labs’ subscription-served software application is already a strong contender for product of the year. Of course, the development team didn’t go from zero to hero during May’s launch alone. Years spent working the software side of the (Meridian) Sooloos has informed what we see today, which in this commentator’s opinion is downright marvellous.

I’ve already penned four pieces (Part 1, Part 1b, Part 2, Part 2b) on Roon setup, its hug-tight Tidal integration, metadata layering, its three composite parts and the implications for network streaming. Yes, network audio that reaches upwards to encompass audiophile-friendly features like hi-res PCM and DSD streaming but without leaving consumer-grade devices like the Apple TV out in the cold. Roon can stream to any Airplay-equipped device.

Install Roon Labs’ software on a PC or Mac and it becomes obvious from the outset that they’ve kept an eye out for the smaller details that can often make or break a user experience.

Case in point: plugging in a USB DAC to a computer running Roon and activating it as the current output device takes all of ten seconds, including the time taken to name it.

“That’s standard for all software players,” you say.

OK then – what if you wanted to switch over to a different USB cable? Unplug DAC, swap USB cable, reconnect DAC. Does your software player remember the previously connected DAC, re-activate it as the default playback device and return the playback head to where you left off previously, all without any intervention from you? Nope, thought not. Roon does.

What if the power goes out? Does a reboot return you to the same album, song and playback position in that same song? Roon does.

The most obvious BIG thing about Roon though is its interface (the client component) which arrives with ‘touch me’ written all over its face. With the first Roon install’s Client (interface) capable of controlling a second install’s Core (music database) and/or a third install’s Endpoint (audio output), we have ourselves perfect network audio triangle. Refer back to Part 2 of my coverage for more on this.

The question then begs: why not run the Roon Core’s install sans GUI for a lower system resources hit? News of RoonServer answers that questions with a “You got it!”.

Downloadable from the RoonLabs website, RoonServer will run as a background process on any Mac or PC. It will still handle library management, Tidal integration, metadata overlay and route audio to the user-specified Endpoint. However, to tell it what to do and how to do it, a second Roon install, complete with remote Client, will be required for human interfacing.

Alternatively, one could drop RoonRemote onto a generously-sized Android tablet (10″ or more) and use it as the control Client. Don’t have an Android tablet? Waiting on the iPad version of RoonRemote? Wait no more! Roon Labs’ Enno Vandermeer reports that the iOS version has today been submitted to the Apple Store and will be available for download just as soon as it meets with App store approval. Patience yo.

For crystal clarification Darling also says, “You will [need to] download the server from our site and install, then run the remote on your iPad to setup the library (and it will need to build a new library).”

Also being released today is a v1.1 update to Roon. Existing PC/Mac installation will download and apply the update when next started. Per the press release: “The 1.1 release also marks the introduction of merging user-created metadata with Roon metadata in the Roon interface” – a highly requested feature by all accounts for which you’ll find no resistance from this user.
What Roon’s (optional) separation of Endpoint, Client and Core means for the end user is hardware of his/her own choosing. Do you want to run the Roon Core or RoonServer on a Mac or PC? Or maybe Linux (code for which iscoming down the line)?  What device would you prefer to have running the Roon Client (or RoonRemote): Android tablet, iPad, Mac or PC?
The next significant phase will be third party Endpoint compatibility: PS Audio, Meridian, dCS, AURALiC. Darling has already hinted that we’ll see Roon Labs pushing this angle more robustly come CES 2016.
Further information: Roon Labs 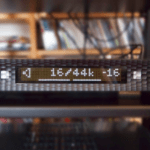 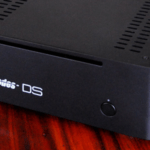