Deep and meaningful. HEOS by Denon celebrates its first Australian birthday this month. Whilst attending the North Sydney-side launch event last August I singled out the HEOS Link as of most interest to DAR readers. Seeing it for a second time at New Tech ’15 last weekend piqued my interest still further.

Having recently pimped a Sonos Connect’s digital output with the Wyred4Sound Remedy S/PDIF reclocker, I’m a fresh convert to having several streaming services housed under one (app) roof: Sonos’ search probes Pandora, Spotify, Tidal as well as locally-hosted content and returns results to the same screen. From there you click-and-go. Best of all, the Wyred4Sound device brings the Connect up to AURALiC Aries levels of digital audio performance with the latter maintaining an edge in two key functional areas: 1) hi-res PCM and DSD compatibility; 2) direct USB storage attachment (that obviates the need for networked storage).

Let’s not beat about the bush: comparisons between HEOS and Sonos are inevitable. To wit, Denon’s strategy in coming to market with an extremely similar range of products netted them legal action from Sonos not two months after launch. Proceedings are ongoing but you can up on developments here. 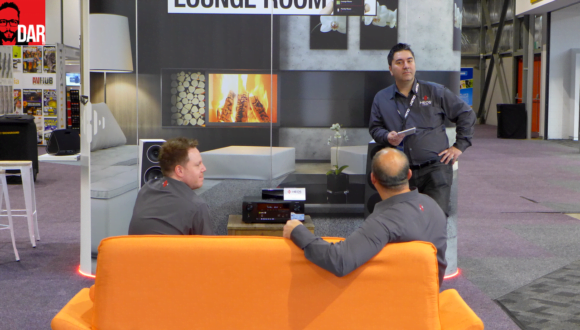 Talking to Australian HEOS brand manager Joe Salamanca at Olympic Park, I wanted to learn of the differences and similarities between the Sonos Connect and the HEOS Link (AU$599).

Like the Connect, the Link won’t do hi-res audio. That’s probably not a biggie for the intended (mainstream) market but also not a deal-breaker for this audiophile. Redbook covers 99% of the world’s music output whereas I doubt hi-res content would even break 1%. The HEOS Link is not for HRA tragics; it sample-rate compatibility tops out at 48kHz, bit-depth at 16.

Most of the big streaming services are covered by the HEOS app. Desktop apps for OS X and Windows are apparently still in the works so, for now at least, it’s only available for Android, iOS and Kindle (!). There’s support for Tidal, Rdio and Pandora. Deezer Elite will arrive as soon as its Sonos exclusivity expires in October. Each streaming service library must be searched independently; this in-app separation isn’t such bad thing for Spotify users. 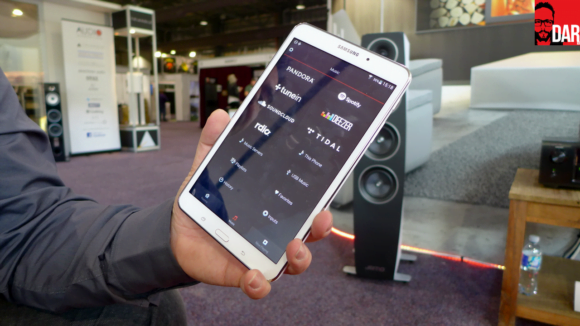 Read the comments section of the Sonos blog post that announced legal action against HEOS and you’ll note much frustration with Sonos’ refusal to implement Spotify Connect. Wassat then? Spotify Connect allows its native smartphone app to double-up as a remote control of wi-fi connected devices such as – you guessed it – the HEOS Link. Sonos’ global search is traded in for all the features found in the native Spotify app. This then saves on waiting for Denon’s North Sydney software team to retool the HEOS app with incoming Spotify features.

Also a point of frustration for some Sonos users is the limited storage capacity of legacy units that doesn’t permit indexing of more than 65,000 songs which in turn sees Sonos steadfastly maintaining a glass ceiling on library size. No such ceiling exists with HEOS unit(s). 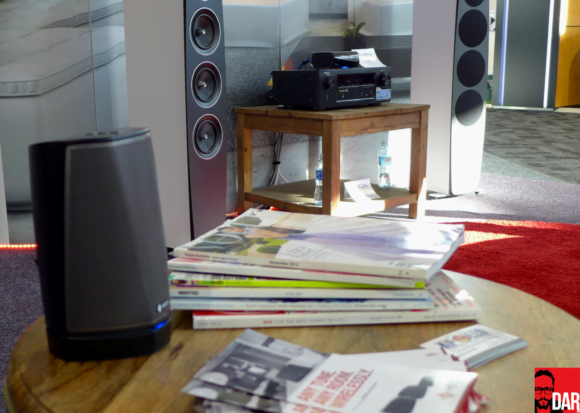 Then there’s the USB port on the back of the Link. Content is indexed by the host device and then shared as to all HEOS devices on the network. Those switching from a Sonos Connect to a HEOS Link could theoretically dispense with the networked storage hitherto shared on the LAN via router or PC/Mac. This kind of functionality moves the HEOS Link into AURALiC Aries territory. Hook in a Wyred4Sound Remedy for data stream marshalling and it’ll only come up short on hi-res audio accord.

Furthermore, the Link’s USB port can play host to the HEOS Bluetooth dongle that originally saw first light as part of the ‘Go Pack’ (AU$179) that supplements the Heos 1 (AU$379) with a rechargeable battery.

And yes, the Link’s blue light can be dimmed all the way down to ‘off’ from within the HEOS app. 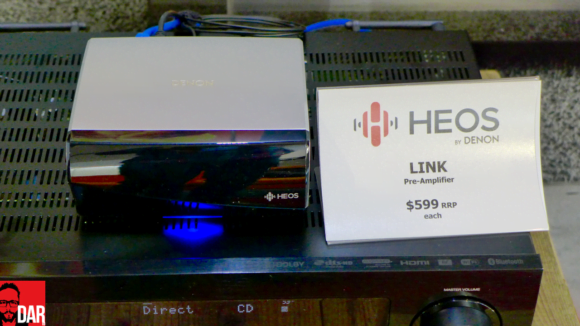 New Tech ’15 coverage brought to you by Aurender: 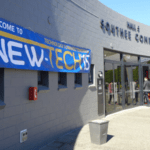 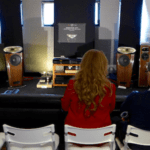