Antipodes Audio servers might not look like much from the outside. To the casual observer they look like a fairly standard PC. However, it’s their internals, designed specifically to keep jitter AND noise as low as possible from the outset, that bring the sonic goods.

My review of the DS Reference back in 2014 gave me a first taste of an Antipodes music server’s talents but the top-of-the-range DX is easily the most sumptuous music server I’ve heard to date. It comes with a price point to match: US$6500 for 1TB, US$7500  for 2TB.

Founder and product design obsessive Mark Jenkins just can’t sit still though. The pursuit of perfection is a restless endeavour. A mere six months after introducing the DV – essentially a DX without the internal SSD – he’s set to consign it to the Antipodes Audio category marked ‘Legacy Products’.

Jenkins has overhauled his entry-level DS server range such that the incoming 3rd-generation model “Sounds good and much better than previous base DS models” – so says the man himself.

The new DS emerges with refreshed case, 1TB HDD and external switch-mode power supply. Additional storage can be added in 1TB increments up to a 4TB maximum.

Adding the optional linear supply to the DS brings performance that, according the New Zealander manufacturer, “is easily up there with the DV”, hence the latter’s retirement.

Then comes the DS GT which ships with the linear power supply as standard but also replaces the base model’s HDD for an SSD (for an uptick in sound quality). 1TB comes as standard with up to 4TB option-able.

Time to sit up and take note here because Jenkins says, “The DS GT gets close to the DX…but we don’t ever want to imply that the DX will be matched in performance. The DS GT will get VERY close and we are determined to make it more affordable.”

Elaboration: “The power supply in the DX (and DV) is still superior to the upgraded [external linear] power supply in three ways: 1) the DX’s internal power supply is a dual linear with one rail dedicated to just the output card and the other to everything else; 2) The DX power supply has a superior and larger transformer (it needs to be better to be housed internally); 3) Internalisation means shorter DC pathways, which is a good thing.”

“The GT’s linear power supply powers everything and being external the DC lead is longer. But there are diminishing returns with this stuff and the dual linear would be big for an external power supply. Our intention was not to replicate the DX in two boxes.”

Let’s take stock of what separates the new DS and the existing DX. The DX comes with:

There’s also more RAM in the DX and DS GT than the DS but according to the Jenkins, “The amount of RAM makes almost no difference to sound quality in our servers.”

Surveying the music server scene at new DS’s price point we spy the likes of the Aurender N100H (US$2699, up for review next month) and the AURALiC Aries (US$1599, reviewed here, here and here) which, like the Antipodes and Aurender units, can accommodate external USB-connected hard-drives. All three effectively behave as servers AND streamers.

The Aurender and AURALiC currently lead the Antipodes on setup and ease of use; the latter’s VortexBox back-end is beginning to look a little long in the tooth and the associated Tidal setup via ICKStream is really for power users only. That said, the Antipodes is the only model to count a CD-ripper and Bliss library management amongst its feature list. The Aurender counters with a front-panel LCD display and more thick-set casework, looking and feeling like the more convincing product.

Roon compatibility is on the cards for all three companies but to varying degrees. The Aurender and AURALiC devices will play Endpoint only roles whilst Mark Jenkins intends to implement Roon Core in his servers as soon as a Linux version becomes available.

On sound alone, if Jenkins’ sales pitch isn’t all bluff and ardour, the competition is in for quite the tussle, especially when one factors in Antipodes Audio’s remote desktop support service AND that their servers now sport in-built D/A conversion with RCA output.

With a recent change of distributor down under, the 3rd generation DS will sell for AU$2900 in Australia. US pricing is still TBC but expected to come in higher than the directly converted US$2117.

Pricing on the DS GT currently remains M.I.A. too. 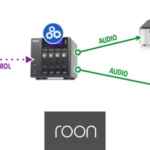 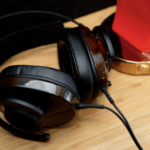