Rethink Music, an initiative of BerkleeICE (Institute for Creative Entrepreneurship), recently published a report entitled ‘Fair Music: Transparency and Payment Flows In the Music Industry’. It featured this tabulated summary of how much money each streaming service pays per stream:

You might ask to whom do they pay this money? Digital Music News turned the data in a column graph. Click the link and tell me what’s wrong with their post. That’s right: the graph itself is fine, it’s the title that’s the issue. “What YouTube, Apple, Spotify, Deezer, and TIDAL Are Paying Artists…”, specifically one word. And that word is artists – it’s grossly misleading, especially in the context of Rethink Music’s report which attempts to bring some clarity to the method through which artists get paid by streaming services.

“Streaming services short-change artists”. Say it often enough and it becomes accepted wisdom. The Rethink reports digs deeper, revealing that it isn’t the streaming services themselves that are guilty of information superhighway robbery but the (major) record labels.

How does this happen? According to Rethink, not only do labels demand upfront payments to license their catalogues to Spotify, Deezer Tidal et al but they also demand ongoing maintenance payments as well as equity stakes in the those very same streaming companies, sometimes in exchange for lower ‘per stream’ pricing. And that’s before we consider how ‘per stream’ payments are divvied up. Someone, somewhere needs to send the lawyers in.

Quoting again from the report: “Streaming services are paying roughly the same percentage of their revenue (70 percent) to rights holders as iTunes has paid on download sales for the past 12 years.” Interesting, no? How many artists did we see complain about that?

One of the first to highlight the artist’s plight in a streaming world was Galaxie 500’s Damon Krukowski. In his 2012 Pitchfork article “Making Cents” Krukowski brushes past the fundamental issue: that artists often have no control over what percentage they receive from labels for streaming media. “We didn’t negotiate this, exactly; for a band-owned label like ours, it’s take it or leave it,” laments Krukowski. Blink and you’d miss it.

From the report: “Once labels receive their monies from streaming services, they then pay artists based on recording contracts that usually have low royalty rates (designed for physical product) and multiple deductions, followed by recoupment of costs, resulting in little or no royalties landing in the artist’s hands. Despite the recent press about this, the issue hasn’t changed much over the decades—artists in the 1980s and 1990s regularly sold hundreds of thousands of albums and never saw any royalties beyond the initial advance.”

“As a result, it is unfortunately unclear how, and more importantly, on what terms, record labels are entitled to hold such disproportionately high amounts of streaming revenue and why there’s such a discrepancy between the artists’ and record labels’ revenue.”

The Rethink report features several graphics that show what many commentators have long since suspected: labels are taking a HEFTY slice of each streaming payment before passing on the remainder to the artist. The percentage received by the artist depends on the nature of their label contract.

This graphic lifted directly from the report shows us that the ‘per stream’ commission goes first to the label who take anything between 50% and 90% before they pass the remainder to the artist.

The picture is a little rosier for the smaller, ‘indie’ labels represented by a digital aggregator or distributor who takes 15% before passing it onto the label who takes a further 50%. The artist receives 45% of each ‘per stream’ payout.

For the lucky few artists who own the rights to their work, the picture is rosier still. With no label taking a cut, they see between 90% and 100% from their aggregator – nice.

In short, it’s not so much streaming services that aren’t paying artists properly but the labels.

Per Music Ally, David Byrne, a long time critic of streaming services is seriously impressed by the Rethink report. “A thing of beauty… and much needed,” he said. “The picture the study paints is spot on and fairly devastating – as it should be. It’s essential reading – and given the lack of vested interests at work it should be explosive and wide ranging in its impact.”

There’s a great deal more to the report than covered here. I urge you to take some time to read it in its entirety. Click the link below.

Time to correct those who would regurgitate the received wisdom that streaming services are ripping off artists. That’s an over-simplification of an an issue that Rethink Music’s report shows us to be much deeper than a fantastical headline. Not to absolve streaming services of their responsibility to pay fair but it’s high time we shine a fresh spotlight on label contracts and the commissions they pay artists. And to do that we must follow the money. 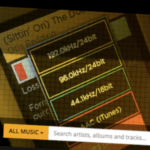 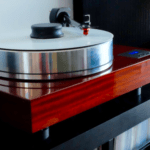