Japan is unlike anywhere else in the world. This is true for a multitude of reasons but especially so when it comes to record shopping.

A vinyl lover’s paradise, Japanese record stores are chock-full of hard to find vinyl, much of it in terrific condition. Not only are there (often) superior Japanese pressings on offer but you’ll find rare UK and US issues, mono and stereo pressings and some gems (especially from the 90s) you probably thought you would never see. A warning though: the REALLY rare records sell for crazy cash. 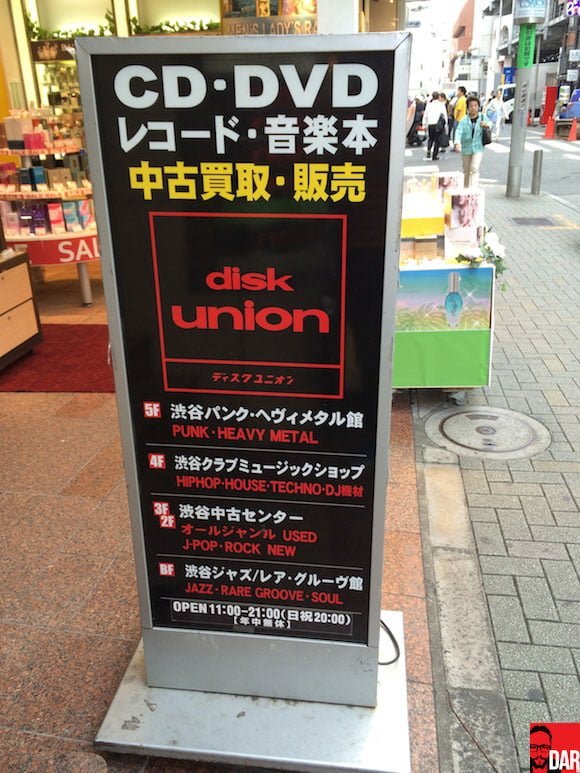 Some things to think about before you get started: 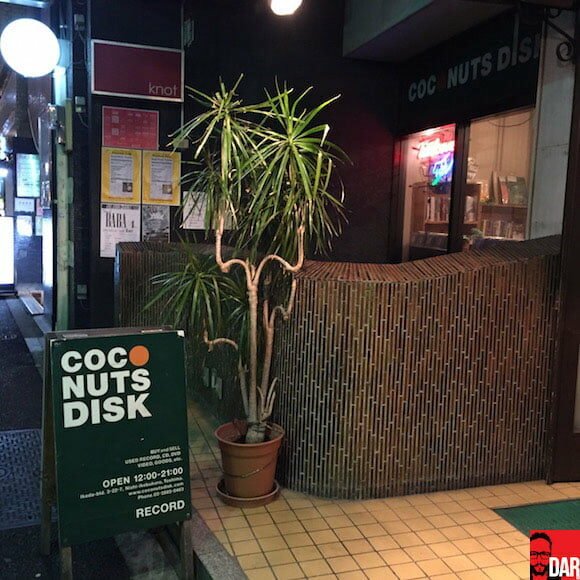 The Japanese capital is a place where your senses can be overloaded in any number of different ways. It’s also a city where the public transport is clean and runs on time. The people are friendly and helpful, even if there is a language barrier. Each new neighbourhood offers a different experience to the last. The same can be said of Tokyo’s record stores.

Disk Union: With stores situated in various neighbourhoods around the city, the Disk Union chain is often heralded as the gold standard in record retail in Tokyo. They’re opening a branch in Osaka in November. In some areas, such as Shinjuku and Shibuya, entire levels are dedicated to specific genres. Other stores, like Ikebukuro and Shimokitazawa, sprawl across a single level of immaculately organised, impressively stocked shelves. I picked up Japanese pressings of the second and third Cheap Trick albums for under ¥1000 (~AU$10) each and Supergrass’ I Should Coco for around ¥3500 (~AU$35) at the Shimokitazawa branch. 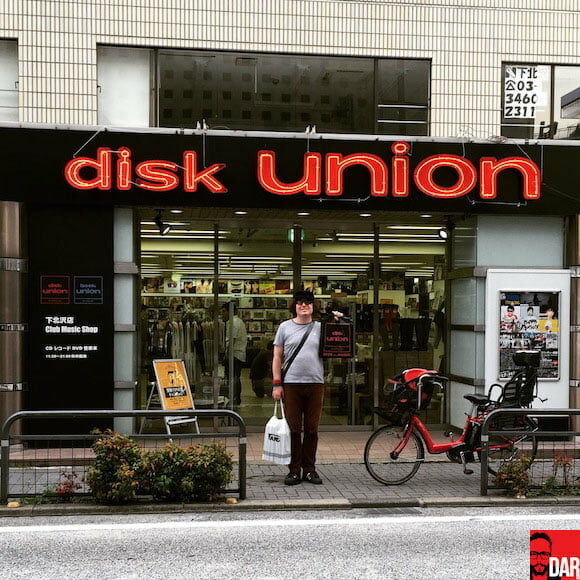 Coconuts Disk: Strolling through the laneways of Ikebukuro after dinner one night, my girlfriend spotted Coconuts Disk. Much smaller than your average Disk Union, it’s the type of local record store one often dreams of: a choice selection of the old and new representing a broad selection of genres, including substantial amount of soul. I picked up John & Yoko’s Double Fantasy and Milk & Honey for about ¥1500 (~AU$15) each. 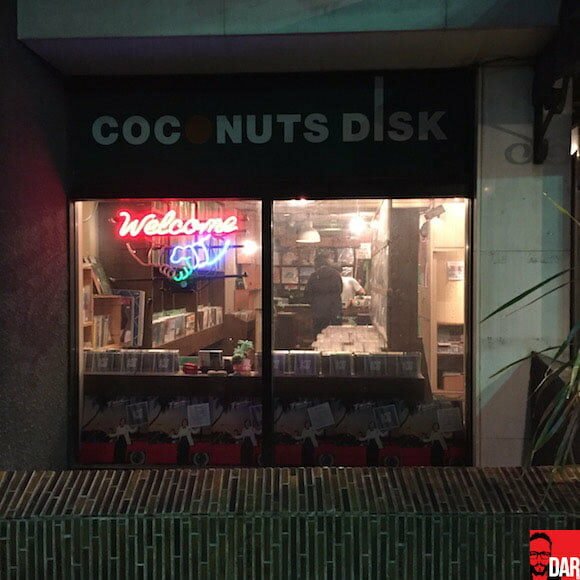 Once the capital of Japan, Kyoto is much smaller than Tokyo and Osaka with a population of around 1.5 million. It was recently voted the best city in the world for the second year in a row. Being mostly flat and developed on a grid system, Kyoto’s streets are easy to navigate on foot or by bike. There are a good number of record stores worth perusing. Many are located in Nakagyo-ku Ward in the centre of the city where record prices a generally a few Yen cheaper than stores in Tokyo or Osaka.

Workshop Records: One of those places that is near impossible to find unless you have someone with you who knows its location or you speak sufficient Japanese to ask a passer by. However, once you find the small sign out on the street and follow the arrows that guide you up a narrow, steep stairwell, you’ll find a neatly organised store that covers a diverse range of styles and eras. On my first visit, I picked up an excellent copy of George Harrison’s All Things Must Pass for under ¥4000 (~AU$40). 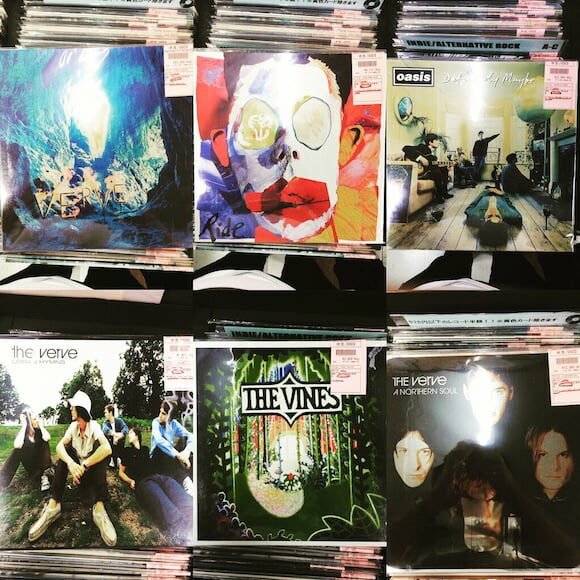 Toradora Records: Easier to find than Workshop but also located at the very top of equally steep stairs, Toradora is home to a wide variety of pop, rock, punk, indie and new wave. There are also small sections devoted to jazz, hip hop and dance. Behind the counter you’ll find some impressive rarities from both Japan and abroad. By sheer coincidence, on this second trip to Kyoto, my hotel was located directly opposite Toradora. I could use the hotel’s wi-fi in the store itself! Here I snaffled a copy of Television’s Adventure for under ¥2000 (~AU$20).

Extra tip: During the warmer months, grab some snacks and drinks from a convenience store and spend some time by the bank of the Kamo River. If you want to kick on, Bar Galaxie 500 is a must.

An hour’s local train ride from Kyoto, Japan’s second largest city offers up a laid-back vibe and an eclectic mix of music proprietors. Most of the record store action is centred on the Amerikamura district, which is also home to a plethora of new and vintage clothing stores as well as numerous Izakayas (small bars). 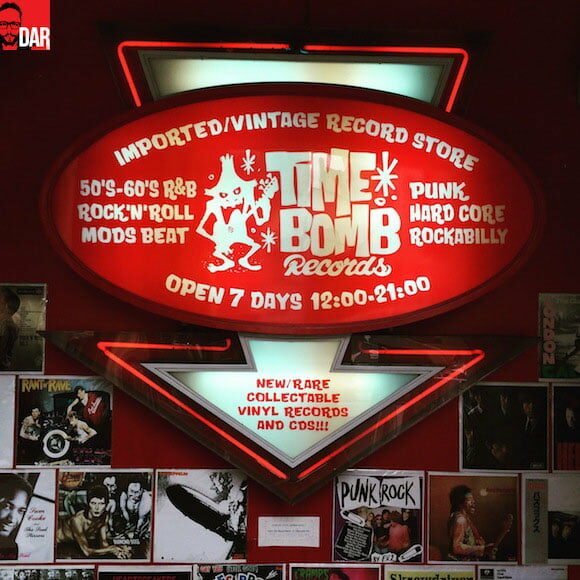 Time Bomb Records: The jewel in the crown of Osaka record stores, Time Bomb is a treasure trove of rarities, first pressings and titles you’re unlikely to find in many other stores around the world. To gaze upon their immense collection of 60s originals is worth the visit alone. Obviously, a lot of the older records are super-expensive but you may find something worth blowing out your budget for. I managed to find first pressings of Teenage Fanclub’s Bandwagonesque and The King for around ¥5000-¥6000 (~AU$50-60) each.

King Kong Records: Just around the corner from Time Bomb, King Kong has a broader range of genres, including hip hop, dance and jazz. You’ll also find a great mix of rock and pop from throughout the decades including some oddball releases (did you know that Elton John’s drummer, Nigel Olsson, released solo albums in the 70s?). If you’re prepared to spend some time sifting through the well-stocked shelves, you’re likely unearth some gold; and it’ll make much less of a dent in your budget than Time Bomb. I picked up Singles Going Steady by Buzzcocks for ¥1200 (~AU$12). 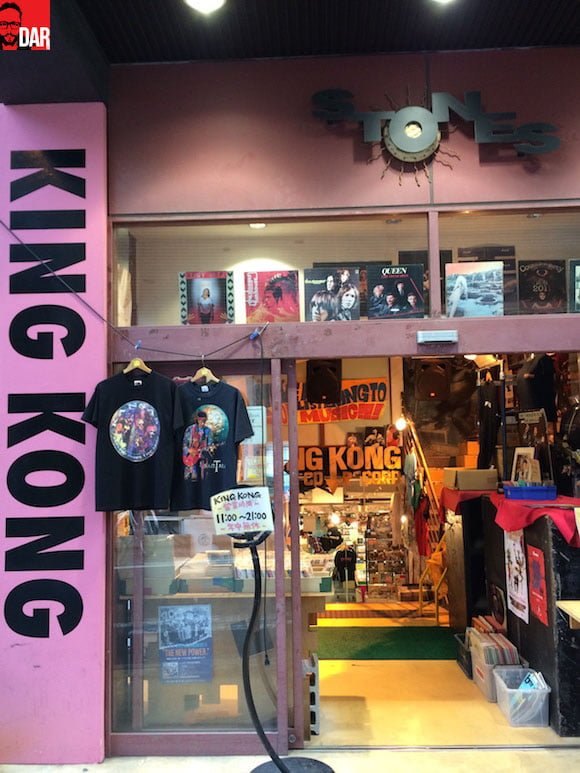 Extra tip: Whilst in the area, take a break from the crate-digging to enjoy some takoyaki (octopus balls) served with a cold beverage. 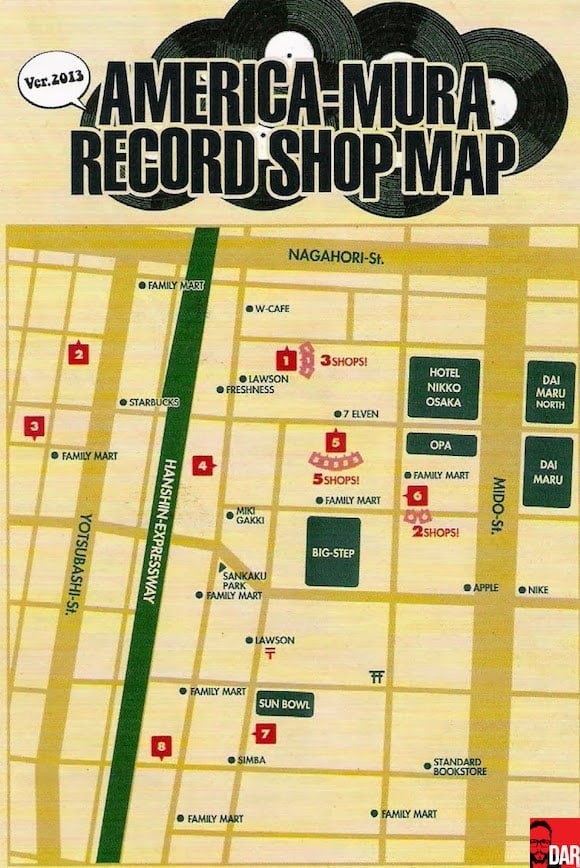 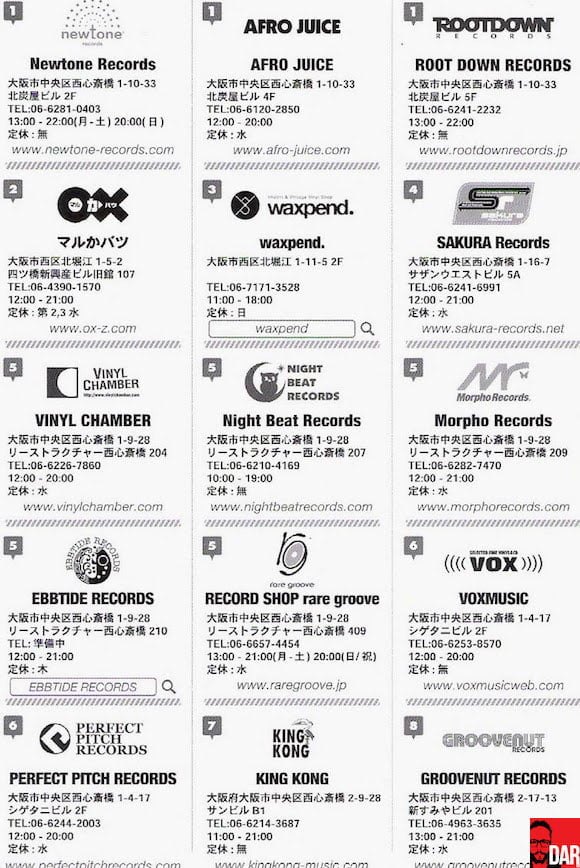 Michael Hartt is many things to many people. He derives great pleasure from speaking to interesting people about interesting things (mostly music), loves a great record store score and will take you on at music trivia anywhere, anytime. Michael is originally from Wollongong but lives in Sydney. 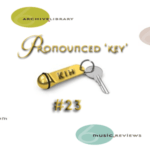 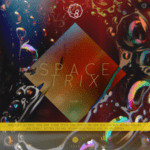