Hey you. Yes, you –  average guy. You like music, don’t you? Not really like it or anything. I mean, let’s face it, no-one’s gonna catch you pissing and moaning about how long Axl Rose took to finish Chinese Democracy or how Arcade Fire’s quality control has been on a slow, downward slide since Funeral or that Genesis really took a turn for the worst once Peter Gabriel bailed. Besides – just between you and I, Gabriel was a weirdo, right? Phil Collins – he was the man. “I can feel it coming in the air tonight…”

Just because you’re not thumping on your local record store’s front door every Monday morning and you’re no longer going to gigs with your mates every second weekend, that doesn’t mean you don’t like music. Not by a long shot. You’re busy getting on with life. You’re getting ahead. And getting ahead starts with hitting the gym each morning; you can’t NOT have tunes on the treadmill, can you? Hey – didn’t you just sign up for that new music service from Apple? What’s it called again? Apple Music – that’s it. Fire up that Deadmau5 playlist and work it, bro. You’re a go-getter.

Quick – now you gotta get to the office. Johnson’s gonna murder you if you’re late again. Wait for your smartphone to auto-connect via Bluetooth to the car stereo and get going. Did you know that AC/DC’s entire catalogue is available on all streaming services now, including Apple Music. “Heatseeker” – now that’s a tune to burn fuel to. You’re on fire.

I hear ya though: $10/month – that’s a LOT of money for music isn’t it? It’s a long way from the freewheeling years of Bittorrent and Kazaa when you’d grab entire artists discographies just because you could. They didn’t cost you a dime – oh, how you LOL-d. The music industry – suckers! But you’re older now. Wiser too. You probably shouldn’t be stealing music any more. 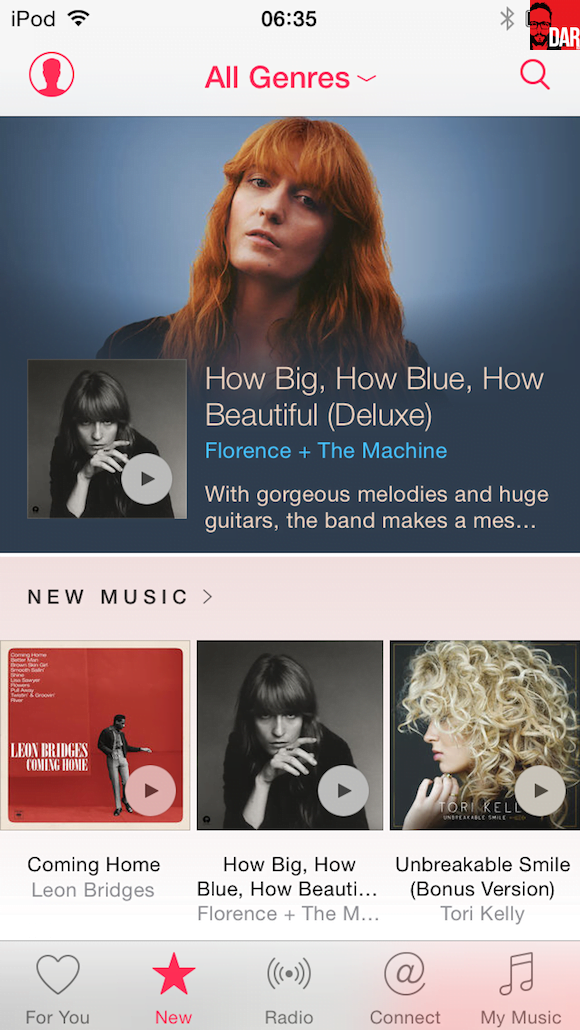 Besides, just marvel at how much easier it is to access what you want with Apple Music. The pain of tagging, adding cover art, storing and backing up music – all handled by Cupertino – with (almost) any song you could possibly think of, piped directly to your phone or computer…at any time you like…for less than the cost of one your Dad’s “vinyls”. Now that’s value. Who has time for browsing a CD store these days? Not you, that’s for sure. You’re no dinosaur living in the past. You’re in the here and now where time is valuable. Fire up iTunes in your coffee break; what could be more efficient than that? Oh yeah: Apple Music is free for the first three months. What’s better than free? I’ll tell you: nothing.

Talking of family: you’ve got one of your own now. You’ve a wife and two kids to think of. Not long till your eldest tips eleven and boy is she into Taylor Swift or what? I know you don’t dig Swift but what makes your daughter happy makes you happy. You still thinking of getting her that iPhone for Christmas? Do it – that way she can stream music on her very own device without constantly nabbing yours. It’ll only run you an additional $5/month to bring her, your wife and your youngest into Apple Music’s family package.

Don’t worry about the technological side of things either. Setup is so easy a child could do it:on the first setup screen, select a few genres bubbles and then a few specific artists on the next…and you’re done. Done as in ready to go with streaming. Apple Music’s colour magazine layout sure looks nice doesn’t it?

What’s more, you (and your family) no longer have to agonise over what to punch into that search box – there are suggestions everywhere you look. Check out the ‘For You’ tab. C’mon, you know you’ve been aching to hear that new one from Florence & The Machine. And look – The Weekend’s “Can’t Feel My Face” is a Top 5 tune right now. You can smash that one out at full tilt over at Barry’s house later. He’s got that killer new surround sound system, and with his boyfriend away in Phoenix on business all weekend, you can crank that shit up to eleven. Hey – remember that time at Burning Man Barry couldn’t feel his face? What a crack up. 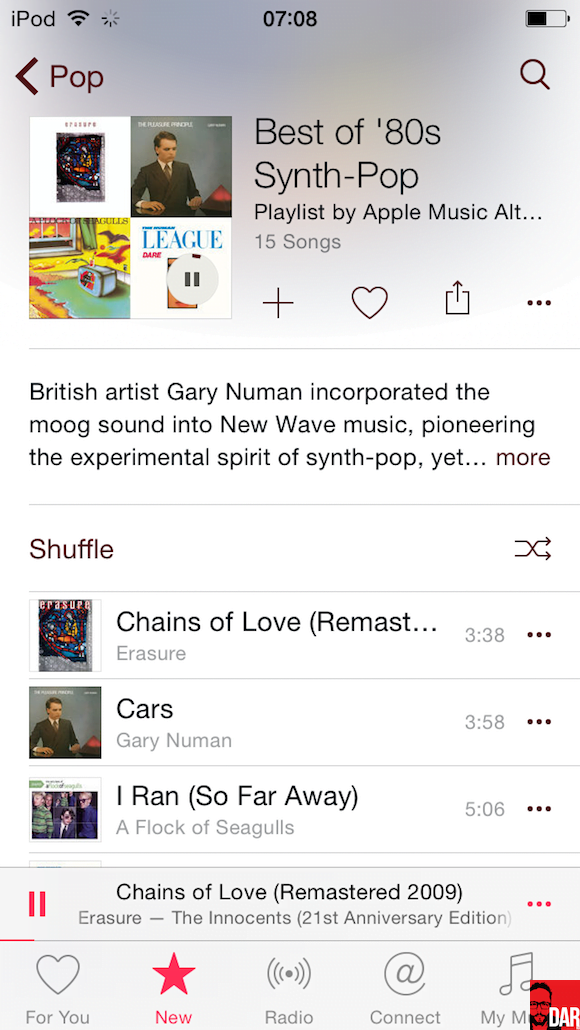 Oh – don’t forget you’ve got your friends coming over tomorrow for a BBQ lunch. Remember: Brian doesn’t like prawns (and don’t you just hate the way he calls ’em shrimp?) You know what else Brian doesn’t like? Johnny Cash. Don’t be piping any of that out of your UE Boom. Better sort a playlist on Apple Music.

Don’t fuss over it too much. It’s a social occasion, everyone will be talking, the music won’t be that loud. The music is just there to set the mood. How about some hits from the 80s? Camilla – she loves that stuff. Actually, come to think of it, you don’t need to sort a playlist. Pull up a pre-made one. There’s a whole bunch of ’em set to go on Apple Music. Click Apple Editors, click Pop, then Playlists. “Best of 80s synth pop” – bazingo! Job done. You’re a do-er. Making playlists is for losers. Now you’ve got more time to get on with the things in life that really matter. Like sport. And beer. Amirite?

And when you’re not working like a demon or socialising, you’re relaxing. Chilling out, kicking back, resting the grey matter. That also means you want your Sundays served on a plate: eggs, toast, coffee, broadsheet and tunes. Apple Music’s Beats 1 radio station has you covered for when even picking something out from under ‘For You’ becomes just too much effort; you just want to play something you can ignore. And then something to do the housework to. In which case, leave it to Zane Lowe and pals to fill your cup with the freshest sounds before topping it of with exclusive content cream. Panic not: your children’s ears are safe. Not even an interview with Eminem will cause your Bluetooth speaker to rain down with expletives. Beats 1 is as family friendly as your local ball game: blue language has been blue pencilled throughout.

You’re a long way from your days as someone who’d champion N.W.A. to anyone who’d listen.”Fuck Tha Police!” no longer stokes your inner fires. Worse – with soft middle age just around the corner, it all sounds hopelessly naive. With music no longer at the centre of your life, Apple Music serves your needs whenever you call on it and its perceptual encoding methods present no discernible issues. Songs are delivered in lossy wrappers like audio chocolates in a selection box – they play instantaneously and won’t threaten your monthly data allowance. Fussing over cocoa percentages is for audiophiles. You want none of that snobbish nonsense. Apple Music sounds just fine on your Beats Pill in the kitchen and in your car’s BASS-MAX system. In fact, it sounds better than fine and certainly no worse than any other streaming service. Tidal Schmidal. Apple Music gives you and your family access to a bit of everything (except country*) via a pretty interface for next to nothing per month. What could be better than that? 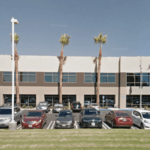 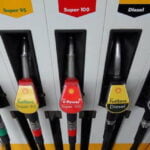