ALO Audio’s Continental Dual Mono (US$1495) is a solid-state/tube hybrid portable DAC and headphone amplifier. Its mission statement: to bring some of the Studio Six magic to a portable device.

The big fella’s visual cues are easily observed on the portable’s casework. No surprise then that brushed aluminium chassis was designed and made at ALO’s Portland workshop whilst East coaster Vinnie Rossi’s talents were tapped for the circuit design. As the man behind Red Wine Audio, Rossi knows a thing or two about co-implementing tubes and battery power.

Internal D/A conversion comes from Wolfson’s WM8741 chip. A 3.5mm line out bypasses the CDM’s volume control allowing for deployment in DAC-only mode. The coloured lights adjacent to the volume pot show the incoming sample rate: PCM from 44.1kHz to 192kHz and DSD64.

Digital input falls solely to (micro)-USB. That’s fine for those connecting to a desktop computer or smartphone but with the (unexpected) absence of an optical input, Astell&Kern owners must lean on their DAP’s internal D/A converter before passing the signal to either one of the CDM’s analogue inputs: 2.5mm TRSS (balanced) or 3.5mm TRS single-ended. 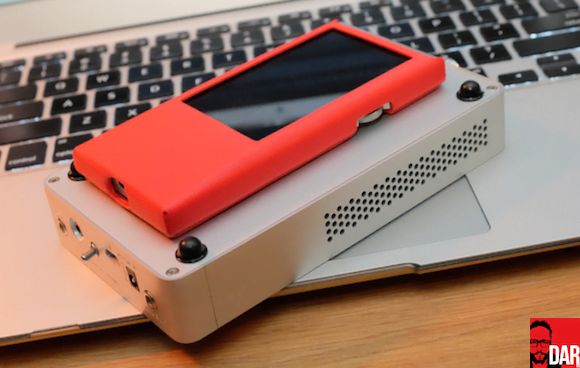 I’ll admit to finding myself unable to relate to those who drop north of $2K on a DAP only to outsource amplification and digital decoding to a third party device. More pragmatic readers will hopefully see the financial and UI sense of using an iPod Touch as transport here. Switching the Apple device to airplane mode – as per the Chord Hugo – keeps the (gurgling and blipping) wifi interference of the iPod out of the picture.

On DAC duties alone the ALO doesn’t offer the filigreed finesse or deep insight of the Chord Hugo (US$2495). Coming in at a grand cheaper than its British rival the CDM has nowt to be ashamed of. Going up against the slightly less expensive Aurender Flow (US$1295), the CDM is more tonally colourful and micro-dynamically expressive. The South Korean counters with super-sure-footed control in the bottom end and an optical input.

It’s the amplifier component of the ALO CDM that sets it apart from rivals as well as previous Continentals. Topologically speaking, it’s even different to the Studio Six from which it is supposedly descended. To wit, the CDM offers dual mono circuitry and balanced outputs. Nope, these are not the same thing.

Dual mono refers to left and right signals enjoying separate routing as they pass through the amplifier which according to Rossi “improves on channel separation, soundstage width and stereo imaging”. That’s why not one but two pencil tubes are visible through the CDM’s Gorilla glass window. Previous Continental iterations had left and right channels sharing a dual triode (12AX7) bottle.

With Astell&Kern commanding the lion’s share of the DAP conversation, the Korean company can be seen influencing balanced connector convention, ALO’s prior commitment to the Kobiconn connector has been usurped by the 2.5mm TRRS sockets found on the likes of the AK100/120 II, AK240 and AK380.

The balanced approach is most easily observable in the CDM’s socketry. The 3.5mm single-ended TRS (tip-ring-sleeve) jack translates to three signal paths: L+, R+ and L-/R- (common ground). The balanced output’s 2.5mm TRRS design adds a second ring for R-, R+, L+, L-. Each channel gets its own return path with L- and R- being phase-inverted mirror images of L+ and R+ respectively. 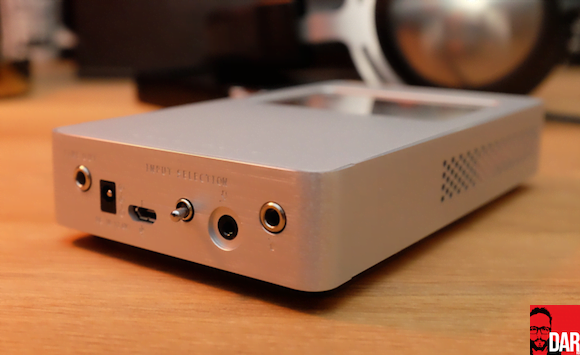 Hidden from view two separate amplifiers enlarge each half of the signal: one amplifier handles the upper section whilst a second amplifier takes care of the lower section.

The theoretical benefits of balanced amplification are widely touted. Firstly, common mode noise is rejected by subtracting the +ve from the -ve signals. That is, a – –a = 2a. Hence why balanced is sometimes referred to as “differential”. Secondly, the signal swing (output voltage) is doubled to 2a. That’s equivalent to an additional ~6db of gain – which theoretically translates to more power (even with higher impedance headphones).

Elsewhere, reality doesn’t always stay true to the theory. With Astell&Kern’s AKT5p headphones driven first by the AK120 II’s own unbalanced 3.5mm socket and then by its unbalanced 2.5mm, I couldn’t separate the two takes. Not with Morrissey’s charging “You’re Gonna Need Someone On Your Side”, not with Moderat’s masochistic “A New Error” and not with the more audiophile-friendly fare of Richard Thompson. Perhaps there is a difference, perhaps there isn’t. If there is, one must strain to hear it, giving lie to the propaganda that balanced is (always and clearly) best.

With the ALO CDM taking over amplification duties from the Astell&Kern portable, not only are we rewarded with greater clarity and inner spaciousness, the difference between the CDM’s own unbalanced and balanced outputs into the AKT5p headphones is arresting in its immediacy. Ditto Campfire Audio’s Lyra IEMs.

My listening sessions also took in the AudioQuest NightHawk and JH Audio/A&K Layla IEMs, each of which are transducers that arrive with portable friendliness in mind so there’s little need for the additional headroom afforded by a balanced output. Even so, going balanced didn’t net gains in quality, only quantity. Again, the balanced-is-best bullshitter is knocked into touch by reality. It’s only when switching over to the 96db Ultrasone Edition 5 that the additional 6db really comes in handy. 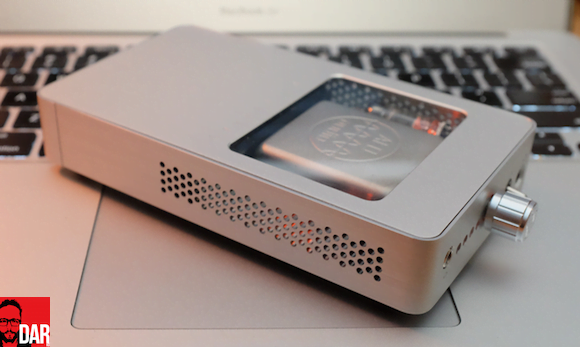 On looks and feel, the CDM is up there with rivals from Chord and Aurender. Despite its US$1500 price tag there’s little to complain about for the money; the aluminium shell’s aesthetic proximity to that of a Apple Mac/book probably isn’t a coincidence. The volume pot, gain toggle (low and high) and source toggle turn and click with a reassuring certainty – the chances of in-pocket jags are close to zero.

Not that every owner will want to put the CDM in their pocket. The tubes keep this amplifier running ‘cosy’: anywhere between warm and hot. Great for European winters but Australian summers not so much. On deployment scenarios, the ALO unit splits the difference between the Chord Hugo’s go-anywhere design and the Aurender Flow’s portability between desktop hook-ups.

As one would rightfully expect, ultimate SQ will largely depend on the incoming analogue signal. The AK Jr. is by far the easiest to strap-on but doesn’t sound quite as finessed or red-blooded as the AK120 II whose additional bulk is more impractical for piggy-backing. From both digital and analogue feeds, the ALO unit sounds bigger on tone and acoustic mass than its rivals, especially the Hugo. 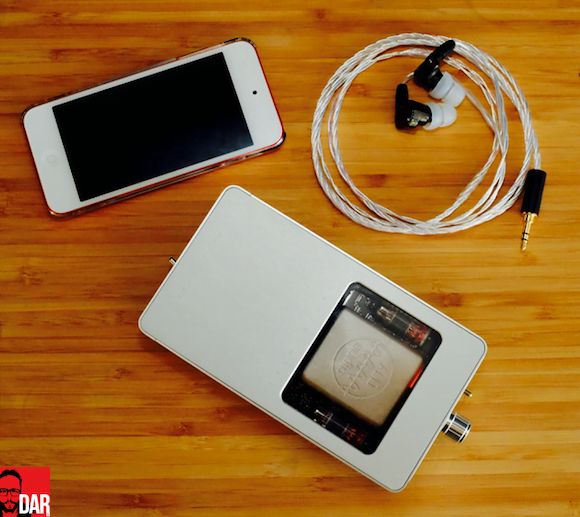 You might be surprised to learn of the pencil tubes quietude with IEMs. I know I was. For the why we look to Rossi’s primary area of expertise: battery power. Tucked away behind the lower half of the CDM’s front panel (‘neath the window) sits a trio of Panasonic NCR18650 batteries that bring six hours off-grid usage between charges if using the internal DAC, more if not. That’s none too dissimilar to the off-grid runtimes of the Hugo and Flow but the CDM’s batteries are user-replaceable batteries. Clearly Vinnie Rossi and ALO’s Ken Ball see value in long-term ownership.

Back to the circuit. Each battery provides 3.7V for a total of output of three times that (11.1V DC) which Rossi uses to juice the tubes directly, completely sidestepping the need for DC-DC converters needed to achieve higher “B+” voltages, the upside of which is a lack of microphonic action. Tapping the glass or chassis of the CDM brings no audible disturbance. You couldn’t say that about either of the preceding Continentals.

Fitted inside the stock CDM is a pair of NOS (‘new old stock’) Phillips 6111 tubes from 1988 but owners comfortable with a soldering iron can ‘roll’ (swap out) the tubes for a change of flavour or pace. You can’t do that with a Hugo or Flow. The CDM is for connoisseurs of potent tone. 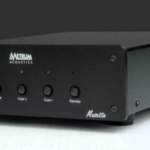 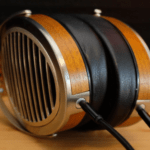