“A million dollars isn’t cool. You know what’s cool? A billion dollars.”  – that’s The Social Network’s most famous line, seen only in the trailer and not the movie itself. In hi-fi land cool tends to move in the other direction: a US$90K pair of speakers might be impressive but they certainly aren’t cool. You know what’s cool? A US$1500 pair of speakers that dare to think different; KEF LS50 over Harbeth P3ESR, Zu Omen over PSB Imagine T6. Why? From where I sit, the KEF and the Zu each visually point to a future generation of audiophiles in much the same way that the AudioQuest Dragonfly or Schiit Vali headphone amplifier do. And they do so with sane price tagging.

For your average thirtysomething, cool is a piece of gear that a) strikes a contemporary pose and b) is affordable.

Striking the bulls eye of cool at T.H.E Show Newport in 2015 was Clayton Shaw of Spatial Audio. Shaw helmed Emerald Physics before selling up and moving to Spatial’s first project: loudspeaker and room correction software. That was 2011.

In the intervening years, Shaw has gradually returned to designing more affordable open-baffle loudspeakers with the Hologram M1 ($4000+/pr) and Hologram M2 ($2500+/pr), only this time out they’re completely passive. Impressive? Yes. Cool? The M1/M2’s higher pricing means I have my doubts.

In the Spatial and Red Dragon room at the Hotel Irvine the promotional poster read “New for 2105”. By the power of typo, Spatial Audio comes to us from the future! Being introduced are the Hologram M3 loudspeakers. Bigger than the M1 and M2 and yet cheaper (US$1495+/pr). Clean lines, BIG sound and affordability – now that’s cool!

Diverging from his M1/M2 sales model, Shaw won’t be pushing the M3 through the usual dealer network. They’ll be sold factory direct and into the US only. Sorry RoW.

Made in Park City, UT, Shaw calls the M3 “an authentic American product”. These open-baffles stand 42” tall and load in a pair of 15” Eminence drivers, the uppermost of which is augmented by a coaxially-aligned tweeter from Italy’s B&C. A second order crossover works with the tweeter’s natural 800Hz roll-off.

Shaw reckons the key for him getting things sounding right was to work closely on driver co-development with the manufacturer. 95db efficiency here means pretty much any amplifier you like. “5 watts and up should get anyone going,” reckons our host.

For T.H.E. Show Newport, Shaw once again partnered with Utah neighbourino Ryan Tew who was showing his Red Dragon S500 stereo amplifier (US$1999), itself fed by a Resolution Audio Cantata digital pre-amplifier. The small form factor of the S500 points to Red Dragon’s Pascal Class D tech. 500wpc fire into the M3’s nominal 4 Ohm load. Half that goes into 8 Ohms.

The base level Hologram M3 in black finish will sell for US$1495. A ‘Turbo’ version adds premium crossover components and German WBT binding posts for an additional US$400. Want the white finish (as seen here)? That’ll be an extra US$150.

It’s clear Clayton Shaw is pulling out all the stops here to do bigger sales numbers by cutting out the dealer and his margin and if all goes to plan, the forthcoming Hologram M4 – a three-quarter size M3 with 12” drivers – might eventually enjoy shipping beyond US borders.

For a Hologram M3 review from yours truly, Shaw plans to piggy back a pair of onto the next Australia-bound shipment. For that he’ll (ironically) require dealer co-operation. Lucky for both of us that Australian representative Bill McLean, who also handles Line Magnetic, DeVore Fidelity and Magnepan, is an accommodating fellow.

Once the M3 are in place Chez Darko, Tew will dispatch Red Dragon amplification to complete the Newport show’s system replication down under. For those spying my Sydney HQ and making the (erroneous) intuitive leap that DAR is somehow Australian is reminded that the majority of this website’s readers reside Stateside.

This kind of chance encounter is precisely why show coverage will remain firmly part of DAR’s scope. 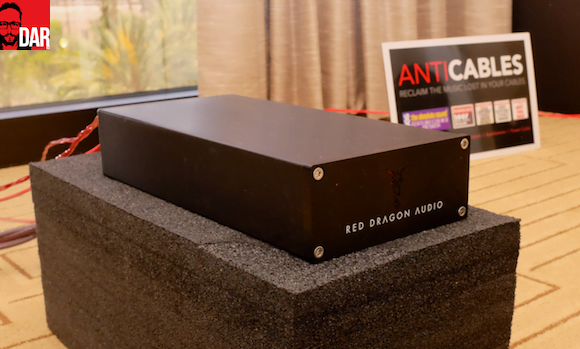 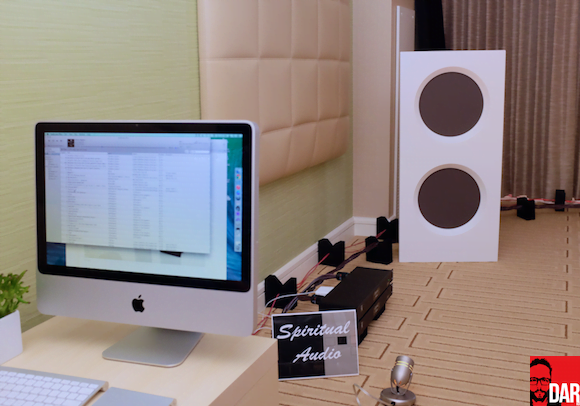 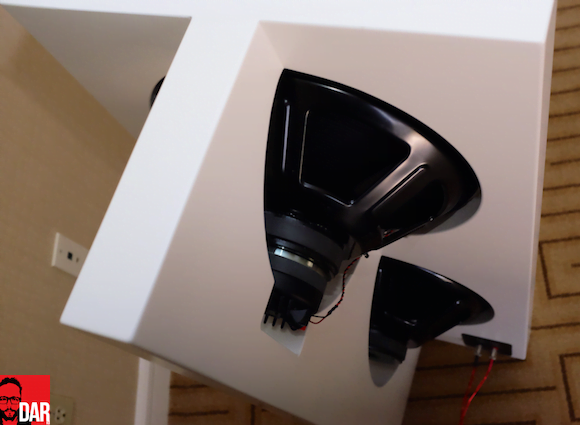 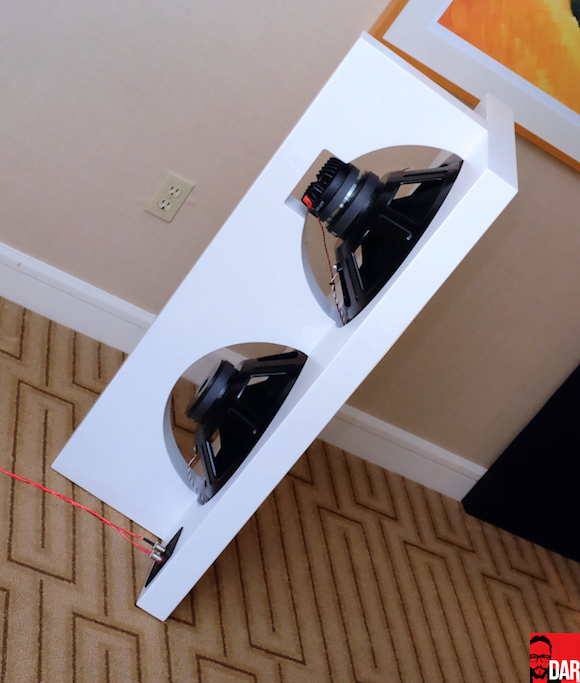 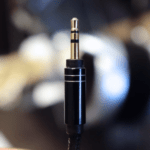 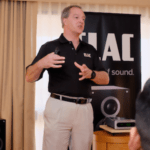