Attendees were initially shy with questions. What do you ask an editor? No worries – I had a question of my own to kick-start proceedings. On my mind was the transparency (or not) of analogue to digital conversion. Specifically: 1) the A to D which takes place in the studio from which many vinyl releases are nowadays cut and 2) needledrops – vinyl playback encoded to digital in the home.

Michael Fremer is probably the world’s number one authority on all matters vinyl and having seen his recent coverage of ADCs from the likes of m2Tech, Ayre Acoustics and PS Audio, I was curious as to how close those needledrops were to the original vinyl playback? Whilst not necessarily to my taste, the needledrops I heard Fremer spin in the PS Audio and Kyron Audio rooms sounded very good indeed. Does applying an ADC-DAC process somehow dilute what we might otherwise hear from the phono stage directly?

Running a phono pre-amplifier’s output through the digital encoding (and then decoding) process Fremer says, “[the music] loses something in transparency but more than losing something it gains the sonic signature of the A-to-D”.

Fair enough. If DACs have sonic signatures – they add colouration – then why not ADCs? The trick is to separate one from the other. What about when no D/A conversion is applied after the fact. Even when a record is cut from a digital master it goes straight to the turntable, no DAC required.

Mr Fremer goes on to say that he can “almost always” pick when the vinyl itself has been cut from a digital source, even if it’s good. Fremer hears it on the recently issued Roxy Music vinyl box set about which he opines, “The reissue sounds better than a few original pressings”. One reason suggested by this expert is that the modern mastering process no longer applies dynamic range compression to accommodate the “crappy turntables” of yesteryear.

“[The new Roxy Music box] is better in terms of dynamics and frequency response but the sonic signature of the A-to-D converter comes through really loud and clear”.

“It has this particular coloration that you can’t escape”, he continues. Interesting, no?

The ADC adds a digital ‘sheen’ (my words). Perhaps that’s similar to the sheen (aka colouration) that long-term vinyl listeners complain of when they first sit in front a DAC-fronted system?

Entering the discussion, long-time DSD proponent Dr. David Robinson. He says that needle drops to DSD are “a different creature entirely”. “PCM sounds like PCM,” and “192/24 is better than 44.1 – generally,” continues Robinson.

DSD instead offers “an ease, a naturalness, a roundness” that Robinson associates more with ‘analogue’ than he does with ‘digital’. We presume by analogue he means vinyl or tape and by digital he means PCM. This aligns with my own findings when comparing DSD and PCM versions of Steely Dan’s Gaucho. DSD sounds more supple and relaxed compared to the Duracell-bunny vibe of PCM. DSD’s natural roundness most likely lies at the heart of the PS Audio DirectStream‘s audible appeal.

Robinson continues: a $1500 ADC isn’t going to sound quite as good as a reference level unit like the Hapi from Merging Technologies.

Quad DSD needle drops might bring us closer to “listening to the groove”. Whilst Robison concedes that Pyramix software isn’t necessarily within reach of the regular Joe, Quad DSD rips are “essentially indistinguishable” from the source.

Robinson complains that Redbook (16bit/44.1kHz) PCM encoding causes phase shift in frequencies above 1-2kHz. It’s apparently why CDs end up sounding “kind flat”. According to the Positive Feedback editor, this isn’t the case with DSD. Again – that’s interesting, no?

Could DSD rival vinyl? With the DSD download catalogue being wafer thin when sat next to the enormous number of titles available on vinyl, the argument remains academic. As mentioned on the day at The Hotel Irvine, I can buy vinyl releases by David Bowie, Tom Waits or Neil Young with ease. On DSD? Nope – very few artists are coming to that party. DSD remains a marginal concern.

At time of writing, Chad Cassem’s Acoustic Sounds web store offers a mere 500 titles as a DSD download. I’d bet more than 500 albums are released on vinyl in a week. Moreover, regional restrictions ensures Cassem’s downloads are only available to US residents. (For the sake of simplicity, DSD download provenance remains beyond the scope of this article).

“But the promise is there,” says Dr. Robinson.

Sure – but is it fair/reasonable to expect consumers to invest in technology on the promise of what might arrive down the line? Travelling back 3 years to when I first heard this very same promise, has the catalogue grown at sufficient rate to suggest a changing landscape. I have my doubts. The albeit fine work done by the likes of 2L Recordings and Cookie Marenco’s Blue Coast is home brew compared to vinyl’s big liquor.

As is common with panel discussions that take place at these kinds of shows, the whole shebang was committed to video. A copy was supplied to Michael Fremer and he’s edited it down from the original hour and uploaded it to YouTube. It’s Fremer’s 20 minute edit that you see below. The talking points covered above remain intact and I hope you find the discussion on digitisation and its attendant colouration as illuminating as I did. I found the insights offered by Michael Fremer and Dr. David Robinson to be particularly valuable.

Adding colour to the discussion itself was a (somewhat tense) exchange of words between Messrs Connaker and Fremer. Skip to the 14-minute mark in the video above. Sat between these two distinguished gentlemen in Newport I attempted to reconcile their differing opinions on the magnitude of vinyl’s resurgence. Since T.H.E Show wrapped these two ordinarily convivial chaps took to escalating the disagreement via posts on their respective websites (here, here and here). I won’t offer further comment other than to reiterate what I said on the day: that Connaker and Fremer are possibly seeing the same thing but from different angles.

Irrespective of these editors’ differences of opinion, the resurgence in vinyl is real. The uptick in record sales might be attributable to a record’s tangibility, artwork and associated collect-ability – of increasing value in the digital age – but it also tells us that people buying the black stuff might also dig it for its inherent colouration. I know I do. And I hope we can all agree that this applies equally to digital audio – everything in the chain, from studio mic to lounge room speakers and headphones, adds colour to some degree. And each of us is on a quest for the colouration we enjoy the most. Maximising enjoyment is what being an audiophile is all about. 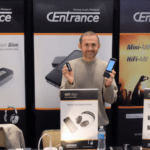 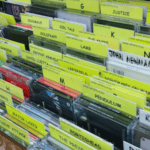