There’s no business like show business. This entry-level story starts not with Andrew Jones but with Marjorie Baumert. You’ll recall that Baumert is the organizational force behind the annual Rocky Mountain Audio Fest in Denver. And like many other professional audiophiles, Baumert could be seen walking the floors of both Munich High-End and T.H.E Show Newport this year.

In Germany, Baumert reaffirmed her commitment to hold back three rooms from traditional exhibitors at this year’s RMAF so that properly affordable systems could be shown instead – an idea cooked up between Steve Guttenberg and I last September. “We’re still going with the $500, $1000 and $1500 rooms…” said Baumert, “…but we’re going to show vinyl and digital systems in each.” What more could one ask for? Newcomers to RMAF, especially younger folk, will have something to get their teeth into.

Baumert’s plans straight-talk directly to this site’s core mission of bringing better sound to a wider audience. In previously canvassing the hive mind for system suggestions at those price points, you guys came up trumps. (Only articles on Pono and Ethernet cables have solicited greater reader response).

Whenever I stop to consider a starter system, my mind goes first to loudspeakers where I invariably think of the US$129/pr standmounts designed by Andrew Jones for Pioneer. I still run a pair of the SP-BS22-LR (reviewed here) at DAR HQ, powered either by a NAD D 3020 or a Rega Brio-R. Both configurations puts soundbars and Bluetooth speakers to shame.

This Brit is no no Jonesey-come-lately: he cut his teeth at KEF and Infinity before solidifying his reputation under the Technical Audio Devices (TAD) banner, itself a subsidiary of Pioneer.

May 2014 brought the first sign of trouble: Pioneer had plans to withdraw from the AV market and it was looking for a buyer. Six months later came news that Onkyo and Pioneer were to merge in March/April 2015 but with the latter being the lesser shareholder.

Upon arrival in Munich I learned that Andrew Jones had jumped ship to the freshly minted American division of ELAC. In California, Jones had taken up a position as the vice president of engineering. Discussing this news over dinner with 6moon-ing colleagues I expressed hopes for another entry-level loudspeaker. Others had their doubts: surely Andrew Jones would start over at the high-end? After all, that’s where he earned his industry stripes.

Over lunch in Manhattan’s East Village a week or so later, Steve Guttenberg informs me that Jones was busy readying his first range of ELAC America loudspeakers in time for T.H.E. Show Newport.

Guess where I was headed? 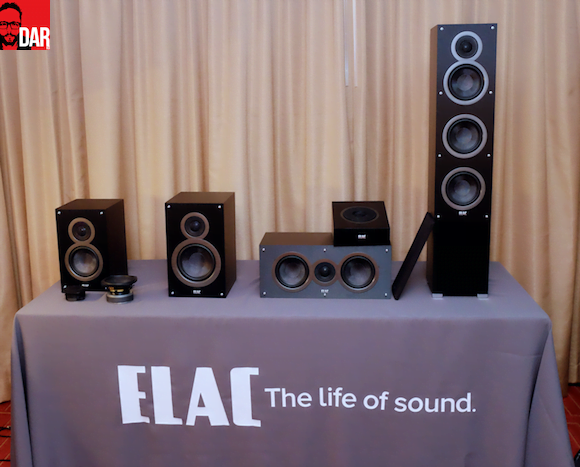 ELAC America’s new range is appropriately named: Debut. It comprises two standmounts, a floorstander, a centre channel, three smartphone-app-configurable subwoofers (not pictured) and a Dolby Atmos add-on. Each could be found on static display in the first of two rooms committed to ELAC’s Stateside splash. Across the hallway in the second room, Andrew Jones could be found conducting a demo of the Debut B5 standmount.

The entire system on show had reportedly arrived at the Hotel Irvine in two suitcases, including speaker stands sourced from Amazon.com for US$49. On amplifier duties was the all-in-one integrated Bel Canto C7R (US$2995) – financial overkill?

Jones was clear that the B5 has been designed “from the ground up” and is a very different beast to that which he built for Pioneer. Instinct and audio memory combine to tell me that Jones’ ELACs aren’t as warm sounding as his Pioneers. On the new model we a have a 1” tweeter with a “deep spheroid wave guide” and a 5.25” mid/bass driver made from aramid fibre, better known as DuPont’s Kevlar, and chosen by Jones for its superior stiffness-to-weight ratio.

An “intricate crossover” brings the two drivers together for 6 Ohm nominal impedance, 85db sensitivity and a 46Hz – 20kHz frequency response. Affording the Debut series their faux-metallic look is vinyl wrap and yes, they are made in China. 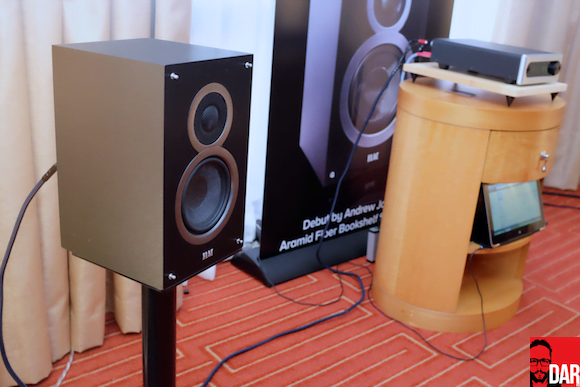 I hung around in Jones’ demo room for longer than usual in order to gauge reaction to the Debut B5’s price: US$229/pr. Predictably, those numbers were met with double-taking consternation: “Two twenty-nine?” “Are you serious?”, “What the %$#?”. The slightly larger B6 standmount will sell for US$279/pr.

An indictment of the high-end’s upward-spiralling pricing? Or perhaps ELAC America is fully hip to the middle class income erosion that threatens to put only high-end (US$10K+) and super-affordable (below US$500) models on serious sales charts. All the more reason then for show organisers like Marjorie Baumert to cater to those with skinnier wallets.

The Debut Series is set to go on sale in September – just in time for RMAF’s October 2nd-4th runtime. The arrival of ELAC America’s Debut B5 means Baumert now has one more passive loudspeaker around which to base her US$500, US$1000 and US$1500 rooms. That’s news in a space where active models often offer the greater bang-for-buck. 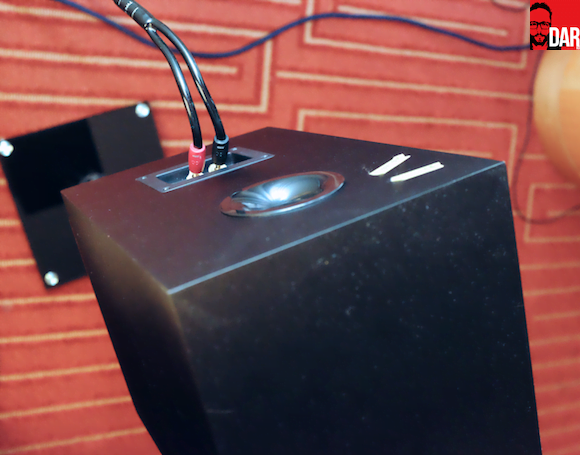 Putting a high-end designer in charge of an entry-level model is smart business. It imbues the hardware with designer authority. Buyers know that each part of the design and component has undergone close scrutiny and full optimization; they buy with confidence. It’s a mystery why other manufacturers haven’t followed suit with this potent design/sales model. Imagine a $500 integrated amplifier from the brain of Mark Levinson or a $300 DAC from Ed Meitner. Unlikely sure, but hey, just imagine.

Like the Pioneer SP-BS22-LR before them, the Debut B5 are what you recommend to pals making inquisitive noises about getting better sound in their lives without busting the bank. Don’t forget: for non-audiophiles, spending $1000 on loudspeakers is tantamount to insanity. 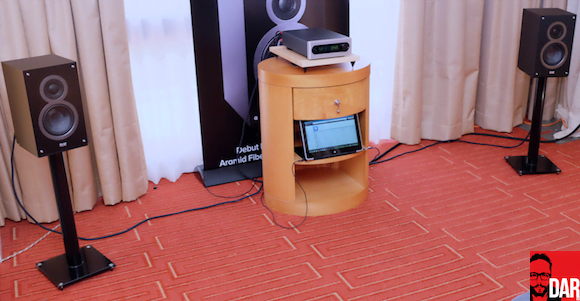 A big deal for quite a few folks. LINK IN BIO. #Da

NEW *beginner-friendly* video now up on the YouTub

We shall be lost in time forever @cherryredrecords