“What shall I write about today?” – I ask this of myself every morning. Today, en route to Munich to the world’s biggest and best high-end audio show, I’m turning that inner dialogue in on itself. What better time for reflection than a long-haul flight loaded with bad coffee and good tunes.

One of the downsides (if you can call it that) of living in Australia is that one must now leave the country to attend an audio show proper. This is truer now than ever. The Chester Group’s annual Audio and AV show has been moved from Melbourne to Sydney, from October to the July and its remit widened to encompass a broader range of technologies. New-Tech 2015 won’t just be showing audio equipment.

DAR has been covering hi-fi for four and three-quarter years; it turns five in September (*Gasp*). Don’t look for a self-congratulatory fourth birthday post in the 2014 archives though – you won’t find it. Returning from a second month on the road last October, an increasingly tight schedule squeezed out all but the most essential articles.

I’m lucky. No – strike that – I consider myself fortunate enough to have turned a hobby into a vocation that pays its way…just. Luck played a bit part I’m sure but to get from there (mid-2010) to here (mid-2015) took good old fashioned hard work. If you think DAR is all about the gear though, you’d be mistaken. This site also serves as an outlet for my broader desire to explain and disseminate. I find writing a challenge. I don’t simply dump the contents of my brain onto the page and let it fly. It often takes several days to get a review ready for publication. That’s what makes this job immensely rewarding. In fact, I look back at posts from as recent as two years ago and I cringe – a telltale sign that I’m getting better perhaps.

One of DAR’s key mandates is to write about audio gear from a consumer’s perspective. In order to better understand my audience I have to become my audience. To do that, I give ongoing thought to what I like and dislike as a reader of the hi-fi press. Who shoots their own photos? Who can separate fact from marketing department spin? Who writes well?

Let’s start with a pet peeve: I have a strong aversion to clichés.

When you talk in clichés you effectively say nothing. For example, few phrases in 2015 have become more abundant than “as the artist intended”. Since Neil Young brandished the notion of authorial intention in support of Pono last March, this phrase has become the catch-cry of marketing departments charged with promoting yet another pair of headphones or yet another hi-res audio player.

Music is important. People are important. Community is important. However, their collective role is a byproduct of the main event: hardware and software that underpins music’s reproduction. Think of it this way; if it were all about the music, would DAR not be aimed to read more like Pitchfork or Rolling Stone? Moreover, too much chatter about the personalities behind the gear and this site would devolve into an ego massage. There’s a fine line between community recognition and a circle-jerk.

As a writer, I take great pride in being part of the TONEAudio and 6moons teams but as a reader I better identify with individual writers than I do the mastheads under which they write. “What does Art Dudley think?” comes to mind more often than “What does Stereophile think?” Each staff writer infuses his or her host publication with brand value and vice versa. From a reader perspective, a publication’s broader import is a function of its staff writers’ talents with insight and engagement.

Some aren’t (financially) able to give exclusivity to a single publication. I’ve followed John Grandberg for a number of years across a broad range of titles. He has an excellent way with words and I hope that one day his busy schedule will allow him to write for this site.

Like Grandberg, Steve Guttenberg and (natürlich) Srajan Ebaen are my goto hi-fi journalists. Grandberg and Ebaen for their thoroughness with comparaison, Guttenberg for his willingness to cut to the chase.

These guys aren’t faceless web writers charged with content creation to optimise visitor stats for would be advertisers. DAR could increase its hit count simply by posting more frequently, but unless more staff writers come aboard quality would suffer. Besides, advertising dollars keep the press in business but the smart money doesn’t blindly follow the greatest number of eyeballs. It seeks out an audience that’s engaged. (Writing) quality matters to advertisers as well as readers because advertisers ARE readers.

For me, a good review provides insight not just into the product at hand but also a glimpse into the commentator’s life – personal context is crucial to long-term reader engagement. Good writers give of themselves without making it ABOUT themselves. They shoot their own photographs too, eschewing those provided by the manufacturer. I don’t dig this because of a need to scrutinise a writer’s taste in soft furnishings. I dig it because it tells me more about the product in a real-life scenario away from the studio lights and post-shoot airbrushing.

Art Dudley, Marj&Henk, Michael Fremer, Jeff Dorgay and Srajan Ebaen – they all infuse their reviews with personal expression. Michael Fremer is possibly the most enjoyable extreme in this regard. His videos lack professional production values but the insight into his life and listening space more than compensates. A recent Analog Planet video in which he discusses a recently issued Roxy Music box set only to first be interrupted by his dogs’ barking and then by his wife shows us how this reviewer works in a ‘real world’ space (as do most).

It is these personalities, with their album picks, anecdotal diversions and – most of all – an ability to write, that help me better connect as a reader. Repeated connections cultivate admiration and a better understanding of the writer’s broader perspective, all of which funnels into the greatest gift a reader can bestow upon a writer: trust.

Trust isn’t earned overnight. It takes years, not months. Each review written is a notch on the bedpost of experience and that experience (or lack thereof) is why we value some opinions more than others.

I know very little about climate change so I defer to those more experienced in this field than me. Similarly, with hi-fi, I hold those with more experience than I in high regard. I don’t labour under the misapprehension that because I have a laptop, an Internet connection and a WordPress account that my opinion is of equal import to that of Jonathan Valin or David Robinson who have been in this game far longer than I.

The message here isn’t about knowing one’s place, it’s about respecting those whose experience continues to shine through in what they do. This counts hugely in an age where anyone (myself included!) can have a go.

In the mid-noughties, I ran a monthly music club night. If you’re thinking techno and lasers, time for me to disabuse you of that mental image. It was held in a sweaty, dirty (and sometimes smelly) old pub near the centre of Sydney. Not dance music but indie rock. I DJ-d too. New events would pop-up at nearby venues and fall away just as quickly. A buddy and I used to joke that anyone could start a club night but it takes guts and determination to see it through into the second year. And then a third. And perhaps a fourth. Mine ran for five years before I could no longer outrun the truth: no-one wants to see a 40-year old DJ.

With few technological or financial barriers in their way, pretty much anyone is able to get up and running, bang the drum about how their mission statement will be dare to be different, will re-write the rulebook or better represent a changing scene. Noble aims that come to zilch without a willingness (or ability) to knuckle down and stay the course.

A real sense of achievement stems from sticking around well beyond launch-day hoopla; even more so when the originating big bang is not even visible in the rear-view mirror. For many, it serves as its own reward. It might not allow for day job surrender but it’s bloody terrific knowing you’ve been doing it for (almost) five years and people appreciate your efforts.

Now, if you’ll excuse me, I’ve work to be getting on with. 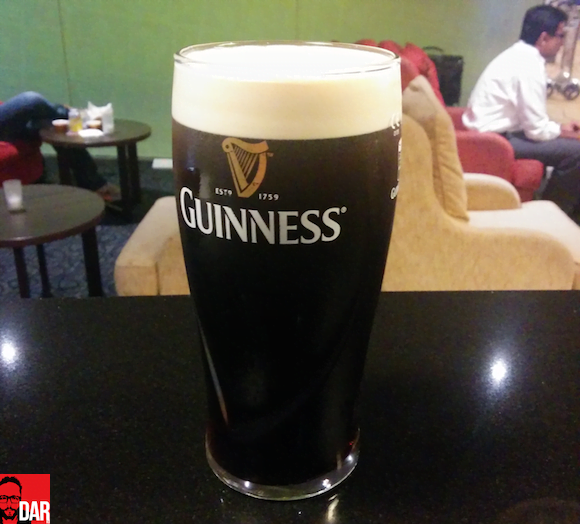 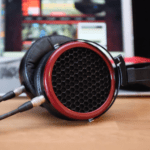 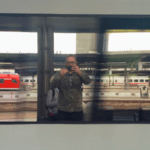