Master Quality Authenticated. Back in December, Stereophile’s John Atkinson reported on how he’d the heard the future of streaming. It was called MQA and it had come from the mind of Meridian’s Bob Stuart. Essentially a zipping mechanism for hi-res audio, MQA folds the hi-res portion of the file under the noise floor of a Redbook-sized container. Any “MQA-ready” DAC could then decode the complete hi-res data stream whilst standard DACs were still able to play back the file in CD quality.

The implications were substantial. Hi-res audio streaming was no longer a congested pipe dream – at least in theory. As one might expect, Meridian and Tidal are good friends.

“Sounds. Too good. But true”. This 3 x 1”-punch phraseology announced Meridian’s MQA at Munich High-End 2015. I had to read it twice as I sat down for one of their scheduled demos. I was eager to hear its benefits first hand.

Our demo host was Peter Kay soundalike “Jay-Jay”, an affable chap from the north of England. His employer is from the southeast Midlands – Cambridge to be exact. The hardware behind the software demo was Meridian’s own high-end actives: their DSP8000 floostanders roll up D/A conversion, amplification and air movement into an all-in-one loudspeaker system.

MQA is apparently based upon three principles, the first of which is timing. Nyquist-Shannon tells us that when deocding a Redbook feed a digital filter is required at just above the 22kHz marker. Unfortunately, these filters ring both before (‘ghosts’) and after (‘echoes’) the transient, thus smearing temporal information and confusing the listener’s ear-brain.

Which brings us to MQA’s second principle: ‘bad origami’. Data up 100kHz is folded down under the noise floor of MQA’s Redbook-sized FLAC container. DACs sans-MQA will still see the Redbook portion of the file and decode it as per usual.
That much we already knew.

For MQA to propagate at the consumer level then Meridian will license their software solution to hardware manufacturers who can then roll it out via firmware updates or new models. We’re told that this is well underway with some ‘big names’ already signed on.

MQA’s third principle is ‘authentication’. The mastering engineer can digitally sign his work as MQA authorized. The implication being that for a file to be MQA encoded, one must go back to the studio’s master tapes.

That was certainly the case with the three pieces of music heard at Meridian’s M.O.C. demo: Frank Sinatra in mono, a classical piece from Norway’s 2L and a fresh entry into the book of cliché demo music: a cut from Daft Punk’s Random Access Memories.

As Bob Stuart himself enters the room I ask, “What about music for which the studio master isn’t available? What if all you have is a standard 24bit/192kHz PCM file?” Here, Stuart himself speaks up: MQA can repair the damage exacted by a non-MQA conversion process, especially if the studio specifics are already known. Sometimes the A/D convertor and its digital filter characteristics are known, sometimes Meridian must measure the A/D converter used and other times a best guess must be made.

Without a back-to-back comparison with the original file it’s impossible to judge the size and nature of MQA’s bettering of existing studio encoding methods.

Audiophiles like you and I need to hear first hand the sonic benefits of MQA material – from studio encoding to consumer DAC decoding – and compare them to the files which we already own. In Munich, that didn’t happen. On the plus side, we thank our lucky stars that no-one uttered the words “Just as the artist intended”. That thought then triggered the question: is MQA why Neil Young walked away from Meridian’s partnership with Pono?

Hi-res streaming applications aside, the danger here is that Meridian’s encapsulation process could become just another audiophile-centric thing. Its success is predicated on mastering studio take-up resulting in a software catalogue large enough to sway the listening public into seeking out an appropriately equipped D/A converter.

The pivotal issue here is studioland’s willingness to take on MQA as a de facto encoding standard. Will it see broad acceptance or will it remain relegated to a niche of ‘audiophile’ labels like 2L? Much will no doubt fall to Meridian’s MQA encoding licensing fee structure but with that currently an unknown, are we instead about to witness marketing bods and journalists stir up talk of the next big thing such that 1) consumers ask if their next DAC purchase is MQA ready and 2) DAC manufacturers load in MQA for fear of missing out on a sale, both long before the arrival of a decent-sized library? Just like DSD. 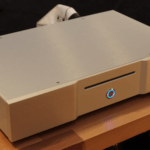 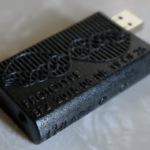