Rujtenberg’s point of difference with D/A conversion is filterless NOS from (undisclosed) silicon not usually deployed in audio equipment – there’s no Wolfson, Sabre, AKM or TI ‘round these parts.

At the close of 2014, Rujtenberg’s ToTL Pavane (he doesn’t like ‘statement’ so much) arrived with in-house designed R2R ladder decoder modules running in dual mono config – 4 per side – and each powered by their own toroidal. The third transformer juices the digital board.

After previously going with with m2Tech and then Amanero, Rujtenberg is now an XMOS dude.

An FPGA splits the incoming digital signal down the middle into 2 x 12 bit streams, creating upper class most significant bits and lower class least most significant bits, before each is decoded and then re-assembled on the other side of decoding in the analogue domain.

Rujtenberg says that it’s through OEM-ing these Transient modules that he is able to recoup the associated (reportedly significant) R&D costs.

The Pavane sells for €5000 but shipping to several territories has been delayed due to QC issues with chassis production. Five minutes talking to Rujtenberg at the M.O.C. highlights his determination for first class build quality (and nothing but).

More interesting Munich morsels arrive in the form of two new naked boards. The Transient modules will be cascaded down to a pair of new models coming later this year that are set to replace the Octave MKII and the Hex. On sound quality of the former’s replacement, Rujtenberg says, “It’s VERY close to where the Hex is now”.

Model names are TBA but expect to see them in three to six month’s time. 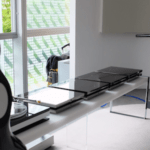 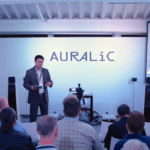