One of the hitherto weak points of AURALiC’s Aries streamer is the Lightning DS control app being iPad only and not without minor quibbles; some users have complained about slow library scans, slow-loading cover art and the UI’s landscape-only orientation.

The less than stellar news is that the iPhone app is still TBA.

Android users on the other hand should feel free to punch the air: Lightning DS 1.0 will hit the Google Play Store next week. It’s been designed from the ground up to facilitate landscape and portrait views. The latter being useful for people like me who prefer to operate their phone with one hand. Unlike the beta version that’s been doing the rounds, the final release will see proper Tidal, Qobuz and WiMP integration.

Lightning DS on the iPad will hit 2.0 status next month (June 2015) for which Wang promises a radical overhaul. In numeric terms, 5700 coding hours has birthed 40000 new lines of code. What are the implications for the end user? Cover art load time is down by 75%, the app will run AURALiC’s own DLNA-pushing Lightning Server, first time users are to be greeted by a setup wizard and search will encompass local and cloud libraries.

Software announcements out of the way, the big news of the day (show?!) is the Aries Mini: a network streamer capable of parsing PCM up to 24bit/384kHz, quad-rate DSD as well as Tidal, Qobuz and WiMP. That’s not all. The Aries Mini arrives with a built-in DAC (ESS’s 90182KM) and a slot into which the end user can drop an HDD/SSD (see photo). Those demanding Femto clocks will still want the Aries proper. Everyone else should take a long, hard look at this product. Say Zài jiàn to NAS drives and music servers without breaking the bank.

Whilst the playback demo conducted by Wang – Aries + Vega vs. Aries Mini – showed junior to sound a little more strident than the considerably costlier separates, it’s more than good enough for the entry level. More than likely mooning the Sonos Connect, Audiostream’s Michael Lavorgna and I agree that this is possibly the first product to fill the enormous entry-level crater left by Logitech’s abrupt discontinuation of the Squeezebox Touch.

The Aries Mini will be available in black or white finishes in Germany, Sweden, Norway and UK from late July and the USA from September. Pricing? Are you sitting down? US$399. Oof. 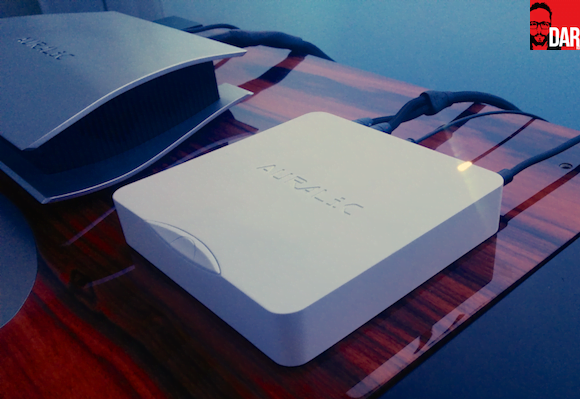 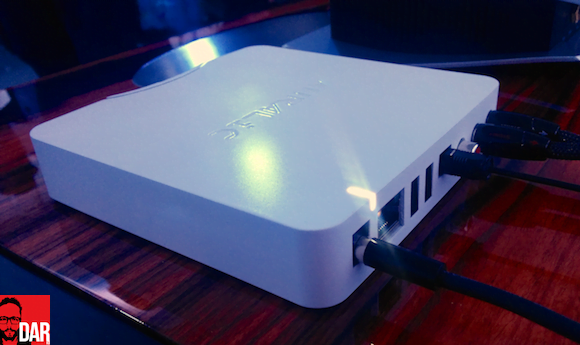 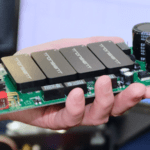 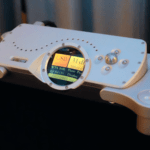