Hello world. Making us feel really old right now is news from Toby Marks that the sophomore Banco de Gaia album, Last Train to Lhasa, is about to turn twenty. I still recall dashing to my local record store back in 1995 to grab the super-limited 3CD edition before it vanished from the shelves forever. Well worth it: that third disc is an uncharacteristically (mostly) beatless tumble through outer space.

In keeping quality high throughout a steady release schedule throughout the nineties and noughties, Toby Marks has earned his stripes as one of the most respected electronic artists of his generation. Marks doesn’t mine the usual array of bleeps and beats to connote a feeling of other-worldliness; releases like the The Magical Sounds of… (1999) and Apollo (2013) typify Banco de Gaia’s HEAVY world music vibe.

Banco de Gaia albums are renowned for their four-to-the-floor anchoring of euphoric percussion and mournful field samples. One only need look to the title of early cassette-only releases like 1989’s Freeform Flutes and Fading Tibetans to catch Marks’ sonic drift. If that’s insufficiently rudimentary, know that Banco de Gaia translates to World Bank.

Last year, Marks marked the 20th anniversary of Banco de Gaia’s debut album proper – the epic, sprawling Maya – with a deluxe reissue. However, this was no ordinary Bandcamp release: whilst the ‘single disc’ edition was available as a download, the expanded 3-disc edition wasn’t…unless you bought the 3CD physical copy, which was limited to 1500 copies.

That’s newsworthy in an age where streaming services are on the up and up and CD sales are in decline.

Perhaps Marks doesn’t see much remuneration from Spotify et al or perhaps he’s concerned about losing sales through file sharing channels. Or maybe he’s just a sucker for physical formats, but the forthcoming 20th anniversary edition of the even more sprawling, even more epic Last Train to Lhasa will be released in a similar fashion. 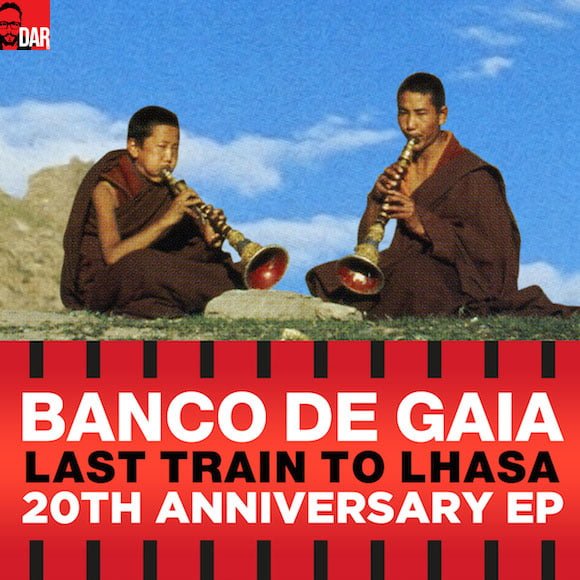 “20 years ago Toby Marks AKA Banco De Gaia released one of the classic albums of modern electronica – Last Train to Lhasa – whose groove inflected, multicultural soundscapes helped to form the blueprint for much of today’s global electronica. “

“To mark the anniversary of its release, Disco Gecko Recordings will release this June a limited edition, physical only (no downloads or streams) 4 disc box set, featuring previously unheard alternative and extended ambient mixes as well as a handful of fresh remixes by like-minded artists.”

As a downloadable teaser, Last Train to Lhasa’s titular lead single is available as a 5-track, 20th anniversary edition EP. Alongside the album version, radio edit and three new remixes from “like-minded artists” sits the standout: a ‘VERY extended ambient mix’ clocks in at 18 minutes and is worth the £3 entry fee alone; fire up your best headphones for this one.

Artwork  is yet to be finalised but the tracklisting can be found below. And if you too want to get your hands on it, you’ll need to pony up for a physical release + postage costs to your territory.

Know that the 2011 ‘Special Edition’ of Last Train to Lhasa that streams over at Spotify is the original 2CD edition ameliorated with bonus live cuts. Ditto Tidal.

If you insist on a lossless download to own in the meantime, Marks sells the very same 2011 Special Edition over at his Bandcamp page here but the 20th anniversary edition or 3CD original it ain’t.

Here’s the tracklisting for the 20th anniversary edition: 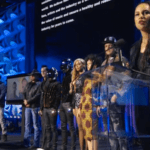 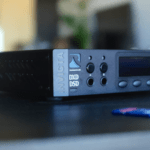