Lust for life. Schiit Audio have had their statement DAC in the pipeline for as long as DAR has been covering this Californian company’s range of less costly, high value products. That’s three years at least. Maybe four. Each time I visit the Schiit booth at US trade shows I ask Jason Stoddard “When?”. Each time he replies “Soon” and grins.

Proceedings took a huge leap forward at last October’s RMAF/CanJam. “Ask me about MY BIG DAC,” read co-founder Mike Moffat’s t-shirt, smuttily referring to Schiit’s soon-to-be-released top-flight decoder. An early production model was right there on the table for attendees to get their heads around in tandem with Schiit’s similarly full-sized Ragnarok headphone amplifier.

Second and third board revisions were reportedly still to be completed but we had proof of life. Yggdrasil was coming “Real soon”, according to Stoddard. Moffat was more specific. “Q1 2015”, he boasted.

According to Norse legend Yggdrasil means ‘world tree’ or ‘source of all things’. Having trouble wrapping your lips around those leading consonants? Don’t stress: Yggy (“Iggy”) will suffice. That’s how both Moffat and Stoddard refer to it.

I chatted to Moffat about Yggdrasil’s design. In the wake of CanJam ’14 publication of details remained strictly verboten. Six months later, the specifics then committed to Evernote can now spill. The curtain has officially come up on Yggdrasil.

First of all, it’s Moffat’s baby. The best DAC he knows how to build. You’d think that’d mean a multi-thou sticker but no, Yggdrasil will run you US$2299. That’s super keen in the world of high/er end models.

As we saw last year with FPGA-centric decoders from PS Audio and Chord Electronics, doing different is one way to move sound quality forward in the D/A conversion world.

Decoding takes in PCM all the way up to 24bit/192kHz PCM. No DSD. If that news has you throwing your arms aloft in horror then you’re likely pulling from a vanishingly small digital audio library. Ask yourself: how many DSD releases do you own? Does your DSD playlist cower in the shadow cast by the many millions of PCM-encoded releases? Disdain for DSD barely concealed, the message from Stoddard and Moffat is, “Grab a Loki if you want DSD”. I didn’t review the Loki here.

Another big influencer of sound quality is the digital filter for which, the Indiana Jones of digital audio that he is, Moffat journeyed back through Western Electric’s archives to 1917 for maths would ultimately beget a “unique closed-form digital filter”.

Sitting on an Analog Devices SHARC DSP processor, Yggdrasil’s 18,000+-tap, digital filter runs at sampling rates of 352.8kHz or 384kHz and – here’s the kicker – places the newly calculated samples between the original samples that (Moffat is at pains to underscore) remain intact. This same grinning, grizzly fella also tells me that the parts cost of the filter alone sum to more than the entire Bifrost.

Digital inputs are the usual array of USB, AES/EBU, BNC, coaxial, and optical but at CanJam Moffat could already be heard beating the drum for “Schiit’s best USB implementation to date”. A C-Media 6632 receiver chip with plug n’ play firmware plays host to the ones and zeroes travelling from the upstream computer. “…the all-new USB Gen 3 input receiver and Schiit’s proprietary Adapticlock™ system carefully manages clock regeneration for optimal performance,” says the press release.

And as always with California’s Schiit Audio, this DAC is made entirely in the US of A.

No doubt about it: Yggdrasil’s engineering differences and (relatively) affordable price point place are pretty much central to this website’s raison d’etre. By hook or by crook, I’ll get a review unit; even if I have to buy one to get the job done.

In the meantime, I’d suggest Moffat have another t-shirt printed. One that reads “Yggy Pop”. 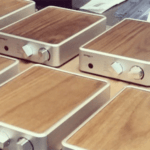 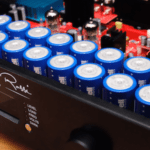