Substance or style? It’s easy to cast a suspicious eye over something that dares to transcend the purely functional; or headphones that pay more than lip service to form. Master & Dynamic’s most obvious point of difference in the crowded portable-friendly headphone space is their striking industrial design, predominantly the work of Chief Product Officer (and ex-Bose employee) Drew Stone Briggs. Whilst chatting to Briggs at the 2014 New York Audio Show I learnt that Master & Dynamic were a local company who’d only been up and running since May of that same year.

They’ve come a long way since – Master & Dynamic headphones have been picked up by select Apple stores as well as a high-end men’s clothing store in Australia (more on which in a follow-up article). No doubt about it: the MH40 arrive dressed for success.

For their Marriot Hotel demo in Brookyln last September, Master & Dynamic could be found running four pairs of their MH30 (on-ear) and MH40 (over-ear) from a Perspex-enshrouded ALO Studio Six. Both variants would soon be available in black or silver/tan. A few days later, I caught sight of a similar demo rig across town at Manhattan’s Stereo Exchange.

Two weeks after my New York encounters, Master & Dynamic CEO Jonathan Levine handed me a pair of the MH40 at RMAF 2014. The review pair was finished in silver and tan and housed in an attractive cotton carry-bag. Without the complete retail packaging I would miss out on the full unboxing experience – no biggie. Absent too was the 1.25m metre cable with its iOS-centric in-line mic. The standard 2 metre cable proved to be more than sufficient, if slightly too long for street wear. I found myself folding the excess into the pocket that housed the connected DAP.

A woven cover restricts the cable’s ability to tangle in-pocket and – more critically for listeners on the move – keeps microphony to a minimum. The MH40 can be connected via either one of the 3.5mm jacks located at the base of each earcup – that’s a nice touch. So too is the mute toggle switch that sits just behind the right ear – that’s extremely handy for those who endure regular, short interruptions at work or when out and about.

Keeping one eye on portability, the MH40’s earcups swivel flat for easy insertion into their carry bag. There’s also a leather storage ‘cup’ for the cable into which one can also drop a USB dongle DAC.

With a vintage (sports car?) vibe on show, the aesthetic pull of the MH40 is extremely strong – they demand to be touched! The stainless steel headband is finished with stitched leather trim. The earpads are finished with real lambskin leather. They’re removable too- just pull hard enough to detach the magnetic seal. The grilles on the back of each earcup look stylish but they’re purely decorative. This is a closed headphone with above average noise isolation for which it bests the over-ear Sennheiser Momentum and Sony MDR-1R MKII.

However, with a comparatively shallow ear cavity those with larger ears could have trouble optimising head seal. So too might glasses wearers. I achieved more agreeable comfort and seal with spectacles removed. 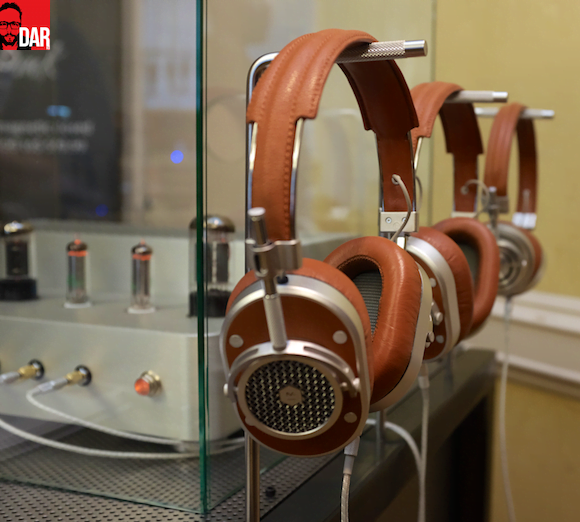 Back in NYC, Briggs explained how aluminium’s rigidity is fundamental to the earcup’s design, each of which houses a 4.5cm custom neodymium driver that Master & Dynamic boldly claim can play down to 3Hz.

Side note: pushing the MH40 against your ears by applying inward pressure to the grilles isn’t advised. With the driver case positioned so close to the ear, it distorts as soon as it meets with resistance.

OK – how do these Master & Dynamic cans sound? How do they compare to others at their four hundred buck price point?

The overall presentation of the MH40 can be encapsulated in two words: DYNAMIC and MEATY. Meaty & Dynamic probably didn’t play as well in market testing, right? Whatever – there’s plenty to get your teeth into. Play some nicely recorded electronic music and you’ll notice just how hard the MH40 can kick.

There’s no sign of the papery dryness that I hear with the Sennheiser Momentum (US$399) and there’s greater low-end heft than the KEF M500 (US$399). And despite not articulating quite as well in the midrange as the KEF on-ears – it’s sometimes comes across as a little reticent/congested – the MH40 bring a greater sense of listener immersion to the table. 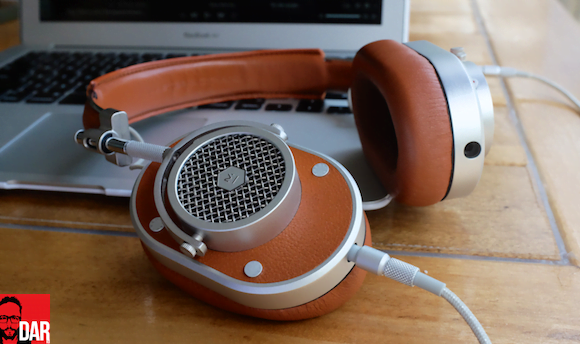 If you’ve an aversion to bright, airy treble and prefer a smoother, more hooded presentation, the MH40 should be top of your shortlist. They mate especially mate well with the Sony NWZ-ZX1 whose sound arrives pre-loaded with citrus zing up top. The partnership with the Astell&Kern AK120 II is less copacetic, with the MH40 doubling down on the higher-end DAP’s tonal richness. The Sennheiser Momentum is the better dance partner here. The Pono Player splits the difference between South Korea and Japan.

On the desktop, I like the Master & Dynamic with the spritely, lively AudioQuest Dragonfly v1.2 USB DAC. Bonus points arrive simply because the Dragonfly fits easily into the MH40’s cable storage container.

These comparisons hopefully illustrate just how favourably the MH40’s sound pitches into the portable-friendly headphone space, where closed back, 32 Ohm models are already strong in number.

Right out of the gate, this New York headphone company shows how righteous headphone dynamics are possible from a sealed design, even with an iPod Touch as source. That Master & Dynamic manage all of this AND have their headphones look so handsome is one heck of an achievement – the MH40 prove beyond reasonable doubt that substance and style don’t have to mutually exclusive. 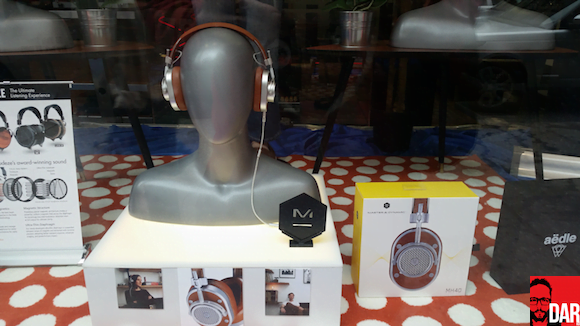 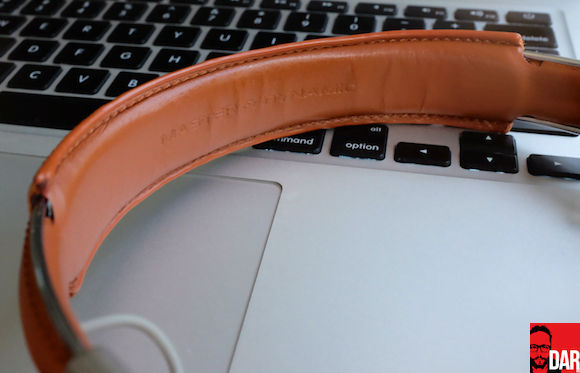 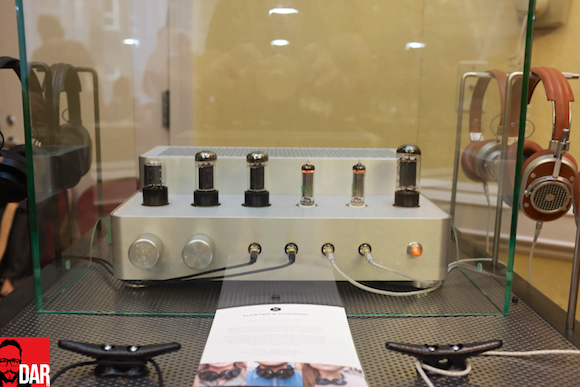 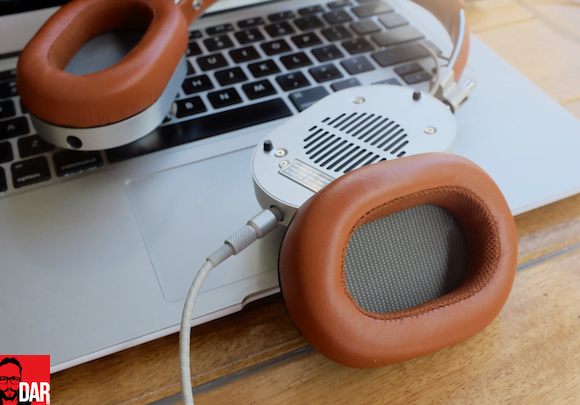 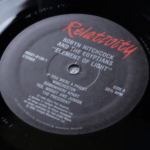 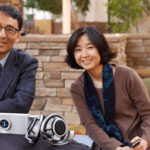