“Artists are not products”. “To re-establish the value of music”. “Tidal puts the power back into the artists’ hands”. “Better experience for both fans and artists”. “Beginning of a whole new era”.

Those are direct quotes from the re-launch of Tidal, re-branded as “the first artist-owned music entertainment platform”, that took place at Moynihan Station in New York just a few hours ago. New owner Jay-Z clearly wants to put artist control and the monetary value of music back on the agenda.

Alicia Keys chaired the event with a speech that weighed heavy with clichés, reflecting the emotive language behind the service’s relaunch: “Together we are unstoppable. Together we are TIDAL.”  There’s even a social media hashtag #TIDALforALL for those who want to champion its inclusivity.

Whatever your music tastes, that’s an impressive line-up.

How did we get to such a batshit press event when Tidal first launched at the end of October 2014? The answer lies with Jay-Z who saw his purchase bid for Aspiro, Tidal’s parent company, approved by board members not three weeks ago. To kickstart his new acquisition Jay-Z is already rolling out the big guns. Little wonder his celebrity gang is already being referred to as “The avengers of music”.

It remains to be seen if this represents a new era in which even the bigger artists sell their wares direct to streaming services, no label required. If I were a record company employee I’d be seeing a serious uptick in career path uncertainty right about now.

As observed by Keys, the event recalled a university graduation ceremony with each celebrity symbolising their commitment to Tidal by signing a piece of paper – was it a contract(?) – whilst Radiohead’s “The National Anthem” played. That’s some irony given Thom Yorke’s vocal anti-streaming service stance. You can watch the relaunch event over at Tidal.com.

Stateside, US$19.99/month gets you CD-quality streaming, US$9.99/month gets you lossy streaming (similar to that of Spotify). Crucially, there’s no ad-supported free tier. Perhaps this will see Yorke and other streaming refuseniks reconsider their position. Taylor Swift already has with all but her latest album 1989 now available for streaming on Tidal.

At time of writing, daftpunk.com is hosting a splash page that redirects to Tidal.com. No point having the content if you can’t spread the message about its existence.

The propagation of lossless streaming is considerably more newsworthy than DSD because the content is already there: 25m+ cuts ready to go at the click of a button. Tidal not only offers CD-quality streaming but access to 75000 HD music videos and ‘curated editorial content’.

In other Tidal-related news, the service launched in Australia, Hong Kong, Germany and Poland overnight.

You can read previous DAR coverage on Tidal here and (especially) here. 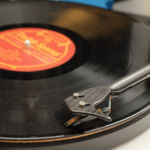 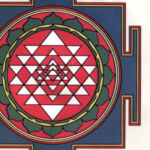