Having lived in Sydney’s inner-west suburb of Marrickville for the best part of a year, Robyn Hitchcock officially bids farewell to the Antipodean life tomorrow night with a gig at The Factory Floor (tickets here). This will be a full rock n’ roll show with Hitchcock’s band comprising members of local outfit The Holy Soul.

This upcoming gig had me thinking about my previous post that asked readers to compare a CD rip and a needle-drop of the very same cut; the turntable used was a Pro-Ject Debut Carbon DC. We’re more often than not told that nothing sounds better than vinyl but is that the case with an entry-level turntable? Does it trounce its digital equivalent?

Previously, readers were invited to vote on which they preferred: the vinyl rip or the CD rip of Prefab Sprout’s “Billy” (presented as one minute samples). The comments section spilled with complaints about a paucity of dynamics on the vinyl rip and a little too much stridency with the CD rip. I concur.

As one might expect, the issue of mastering quality rose its ugly head with one commenter suggesting that people continue to buy vinyl because it’s often cut from a master that’s not seen as much dynamic range compression as that used for the CD equivalent. I’m not so sure that’s true for all vinyl though. Aren’t the majority of contemporary releases cut from the same master irrespective of format? And that master is rarely analogue tape. Nowadays, a 24bit/96kHz file is more common. In some cases the source file’s resolution might be as low as 44.1kHz! Yes – some of your records are pressed from a CD-quality source. Youch.

Robyn Hitchcock’s recorded music career began in the late 70s with The Soft Boys but it’s his work throughout the 1980s – both with and without The Egyptians – that brought critical acclaim proper. My fanaticism for this fella has cost me a whole heap of dough throughout the years, buying every release in TWO re-issue programs, the first from Rhino in 1995 and the second from Yep Roc in 2008. 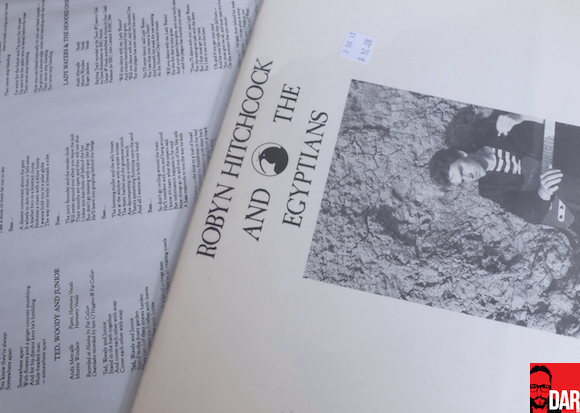 Whist out record shopping in New Jersey with Stephen Mejias (AudioQuest, ex-Stereophile) last September I picked up an original US pressing of 1986’s Element of Light (Relativity/Glass Fish 88561-8130-1) at Iris Records. The dynamic range database entry for the original Glass Fish CD issue looks promising; an album DR of 14 is pure gold in an age where a solid number of modern rock releases serve up scores of between 6 and 10.

Alas, I don’t have that original Element of Light CD release to compare to the U.S. vinyl but I do have both Rhino and Yep Roc reissue CDs (ripped to FLAC). How would those three compare? Surely a mint copy of a record mastered and pressed before the loudness wars took hold would outshine both subsequently released CD remasters, even with an entry-level turntable? Remember: in Australia, the Debut Carbon ships with an Ortofon OM10 pre-installed.

I needle-dropped the first minute of blistering opener “If You Were A Priest” (IYWAP) with the Pro-Ject Debut Carbon DC  and PS Audio NPC, normalised it to 0db in Audactiy and saved it to .wav. I then cut one minute chunks from both CD rips and save ’em as .wav.

All three samples are available for a comparative juicing here. They’re 10Mb each.

Pick your favourite and then vote:

. The poll is now closed.

What can we conclude from this comparo? Does the vinyl rip offer the best sound of the three, thus underscoring the mantra of the greater audiophile consciousness: that nothing beats the sound of vinyl? Or does one of the two CD rips sound more enjoyable to you? Let us know in the comments section below.

UPDATE: Sample A was the record, Sample B the Ryko CD and Sample C the YepRoc CD. 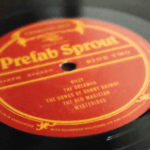 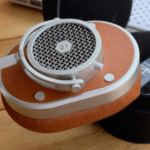