“I’ll be your mirror, reflect what you are”. I grew up in the 1980s (en)during Thatcher’s Britain. In front my young eyes went the Falklands War, the Miners Strike, Sir Clive Sinclair, Grange Hill, Only Fools and Horses, Torvill and Dean and BMX bikes. Between my ears played New Order, The Smiths, The Cure, Duran Duran, David Bowie and The Style Council.

Shifting up a gear into early adulthood in the following decade my attention turned to Pulp, Oasis, Blur, The Auteurs, Baby Bird, Suede, Supergrass, Menswear, The Bluetones, The Divine Comedy, Strangelove and The Boo Radleys. Oh, and Robyn Hitchcock. And Momus.

I read VOX, Select, Melody Maker and the NME. At the height of Britpop, you couldn’t turn the page in any one of those magazines for fear of stumbling upon yet another gobshite with a Union Jack draped across his shoulders. For a while there, patriotism was the tide that lifted all boats.

Britishness – it’s inked into my soul. 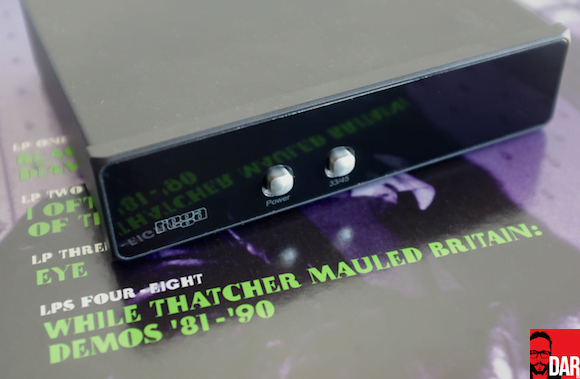 Beauty or brains? It’s an age-old question that sends idealists into a spin and has pragmatists asking they can’t have a little of both. Brains matter hugely but there must be a degree of initial attraction that draws us close enough to find out what lies beneath.

We are told: “It’s not what it looks like but how it sounds that matters most”. Fair enough but a dash of attractiveness goes a long for a product that must take visual prominence in any living space. Hi-fi hardware must function as we expect but its aesthetic appeal can make or break the final deal.

We gravitate towards products that speak to who we are and with brands with which we identify most. It might be how company’s promo language reflects their underlying philosophy – hello Schiit Audio – or it might be the cut of a product’s job that piques your curiosity. Much of this takes place on a subconscious level. Like the band names we scratched onto school desks as teenagers, the brands/products to which we align ourselves in our adult lives, they are our mirrors – they reflect who we are.

Besides, a band is a brand.

In sifting options our internal dialogue constantly asks, “How do I feel about X?” and “What do I think of Y?” Thoughts and feelings come into play. Do you prefer the clean lines of a more minimalist aesthetic? Do you prefer something a little more retro-styled? Or is a more ostentatious presence more your bag? Much of this conversation takes place on a subconscious level.

In a subculture dominated by plain black (and silver) boxes, lazier hi-fi hacks might call out the more obviously attractive as having ‘High WAF’ but I’m having none of that. Flipping it over so I can flip it off, throwing your significant other under the bus to better rationalise why you can’t own that pair of large loudspeakers you’ve been lusting after just isn’t cool. If you share your listening space with others then perhaps you need to find something that better fits with the household’s shared identity. You need something that speaks to your team.

One brand that consistently stands out as being aesthetically appealing is Peachtree Audio. Their range of all-in-one DAC/amplifiers cut sharp shapes in a world dominated by plainer boxes; their Mad Men aesthetic is one that appeals to both Don and Betty Draper. The overtures made by Devialiet’s forthcoming Phantom will likely reach a broader audience because of its break from the norm of two speakers and an integrated amplifier. 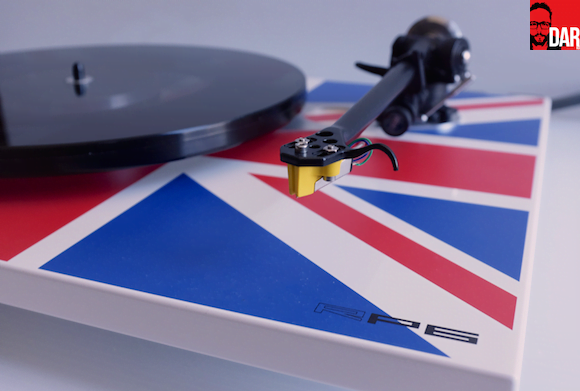 To celebrate their 40th birthday in 2013, Rega commanded a limited run of Union Jack-emblazoned turntables. The RP1, RP3 and RP6 each received the Royal treatment.

My experience with Rega turntables has been less than stellar. I much prefer the Pro-ject Debut Carbon to the RP1 at the entry-level. I’ve owned both and found the former to best the latter in both build quality and sound. And like Michael Fremer at Stereophile, I could never get a stable speed out of the Rega RP3. It ran (varying degrees of) fast.

However, with Australian distributor Synergy Audio down to their very last Union Jack RP6, I jumped. Why? Ain’t it obvious, me old mucker? The British flag splashed across the plinth – ‘ave a butchers will ya. To borrow from prototype Britpoppers The Inspiral Carpets, the Rega’s red, white and blue looks ‘cool as fuck’.

Some readers might point to the TT-PSU (external power supply) to stabilize the RP3’s speed…but doing so adds US$395 to the turntable’s US$895 sticker for a total that drops in US$200 below the RP6’s US$1495 asking; and the RP6 includes the TT-PSU inside the box.

Those wanting to dig deeper on the RP6’s two-piece glass platter and RB303 tonearm are direct to the Rega website’s product info page here.

Unlike a standard RP6, the Union Jack-ed version is the Full Monty – it arrives complete with a with a factory-fitted Rega Exact MM cartridge. You’re pretty much ready to rock out of the box. Place the RP6 on a flat surface, level it, hook the belt around drive pulley and aluminium sub-platter, carefully drop the glass platter over the spindle, wire in the TT-PSU, connect the RCA-terminated tonearm leads to your phono-preamplifier and Bob’s yer Uncle. It doesn’t hurt to double-check the tracking force and VTA (as I did).

And cor blimey, squire, the Rega RP6 is one vigorous performer. Details jump from the grooves of The Auteurs After Murder Park with considerably more gusto than the outgoing Pro-Ject Debut Carbon. A run through Robyn Hitchcock & The Egyptians “If You Were A Priest” unlocked more textural feel from each bass note’s surface. On Blur’s “The Universal”, so tightly was Damon Albarn’s vocal locked into place you could point to it. 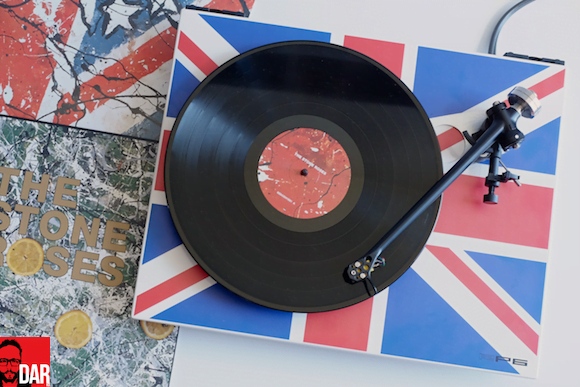 More deeply inked tonal colours and fleshier supporting instruments saw an original pressing of The Smiths’ The Queen Is Dead drawn with meatier acoustic mass but without the intrusion of unwanted additives; the RP6 does a fine job of keeping surface noise to a minimum. Dynamics kick harder too – which makes for an altogether more engaging listening experience than the junior Pro-Ject or the long gone RP3. Take from my sonic memory what you will but I reckon the improvements brought by an RP6 over the RP3 will be obvious to anyone having made the leap.

For this geezer, this is the first Rega turntable to live up to the UK’s manufacturer’s formidable reputation. In bringing musical excitement, energy and drama to the fore, it’s a must for fans of techno and indie rock. And not just the British stuff either.

Union Jack or not, if you’ve got the extra readies at the ready, the Rega RP6 is a far better value proposition than the cheaper RP3; it’s the dog’s bollocks! Funny that twas this turntable’s Union Jack stylings that drew me close enough to mark it out for further sonic investigation. 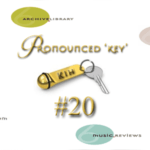 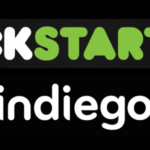